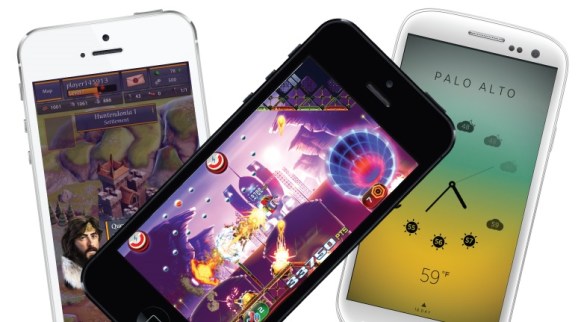 Fuse Powered is announcing today that it is launching a “player-centric” monetization engine for mobile games. That could turn out to be important in the $30 billion mobile-game business since making money from free-to-play games, where players play for free and pay for in-game items, isn’t easy.

Toronto-based Fused Powered has spent a lot of time refining its various offerings into an easier-to-use platform that gives mobile-game developers and publishers a lot more options when it comes to making money, said Jon Walsh, the chief executive of Fuse Powered, in an interview with GamesBeat.

“There’s a lot of money being left on the table by mobile-game publishers,” Walsh said. “A few companies can do this. We are excited about bringing this technology to the rest of the industry. It democratizes monetization, and it’s a game changer.”

Walsh said the offering is unique in the industry because Fuse Powered combines in-app purchases and advertising monetization capabilities in a single platform. Publishers can target monetization campaigns at each player based on their in-game behavior.

Walsh said the platform supports the entire player life cycle, giving publishers the opportunity to monetize every single install. Since most players in free-to-play games don’t buy anything, Fuse Powered gives developers the option to show ads to those players.

“There are ad networks and ad mediation platforms that you can use to drive more ad revenue,” Walsh said. “There are analytics platforms you can use to understand behavior. This platform combines everything in one simple package that is 100 percent focused on driving revenue.”

It’s player-friendly because the analytics engine figures out who is ready to buy something or who is getting frustrated.

The idea is to give the right offer to the right player at the right time, whether it’s a targeted in-app purchase offer, rewarded video, or an ad.

“In our approach, we know what the player is doing,” Walsh said. “Let’s put an offer to them that is contextual to what they are doing and at a price that makes sense to them.”

Fuse Powered has various components that it has offered before, like Fuse Ad Mediation, which developers can use to mediate all their ad networks. It also has AdRally, Fuse Powered’s competitive ad marketplace, all in one software development kit (SDK). Walsh said Fuse Powered does all the work to deliver the highest ad rates for the developer or publisher.

The company was once a publisher of mobile games itself. But it realized the need to create tools to manage the player life cycle. Now its customers have more than 600 million installs and 200 million monthly active users, and Fuse Powered recently acquired Corona Labs, a maker of a leading 2D mobile-game development platform with 300,000 developers.

Fuse Powered has 70 employees, and it has raised $13 million to date.