Hollywood and gaming are friends again.

“The Hunger Games” movie studio Lionsgate has invested in story-based game publisher Telltale Games. The San Rafael, Calif.-based Telltale makes episodic games, or stories that play out one episode at a time, like television shows. It has won acclaim for dramatic tales based on The Walking Dead and Game of Thrones television shows.

Under the deal, the two companies will collaborate on original properties. For Lionsgate, the move represents a diversification of its entertainment content into games. Lionsgate chief executive Jon Feltheimer will also join the Telltale board. The companies didn’t disclose the amount of the investment, but I hear that it is about $40 million.

The companies said the deal will continue the extension of Lionsgate’s film and television brands into the game space and will bring Lionsgate’s expertise in creating and marketing premium content to Telltale’s unique narrative-driven, storytelling approach to gaming. The collaboration will also enable the two companies to explore opportunities to co-develop existing and original intellectual property into episodic games and television.

Telltale’s The Walking Dead series has sold 8.5 million copies. Other games include Game of Thrones, based on the popular HBO television series; The Wolf Among Us, the episodic interactive graphic adventure video game based on Bill Willingham’s Fables comic book; and Tales from the Borderlands, Telltale’s adaptation of the acclaimed shooter/role-playing game from Gearbox Software and 2K Games.

“Telltale is one of the premier storytellers in the gaming world today,” said Feltheimer in a statement. “Their leadership in narrative-driven episodic games, together with our investment and the potential opportunities created by our premium content expertise, will continue to strengthen their ability to offer exciting new avenues of storytelling to their next generation audiences across a broad range of platforms.” 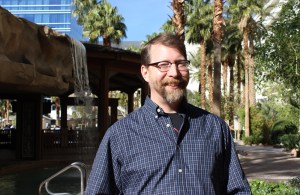 Above: Kevin Bruner of Telltale Games

Telltale was founded a decade ago at a time when episodic games were just an idea. Longtime chief executive Dan Connors recently handed the CEO job at Telltale over to cofounder Kevin Bruner.

“Lionsgate is one of the most innovative, entrepreneurial and impressive content companies in the world today. I’m delighted to welcome an experienced executive like Jon, a leader who shares our unique vision, to our Board,” said Bruner in a statement. “Lionsgate has a great track record in developing and marketing feature films as well as platform-defining premium scripted television. This partnership will accelerate Telltale’s ability to create not only original games, but episodic television series based on our game properties — an area at the cutting edge of industry growth.”

Telltale’s other investors include IDG Ventures and Granite Ventures.

“Our partnership with Kevin Bruner and his team at Telltale continues to accelerate our momentum in the game space,” said Levin, in a statement. “The convergence between premium filmed entertainment brands and original game properties is a natural direction in which to continue diversifying our content business, and Telltale is the perfect partner with whom to explore this dynamic area of growth.”