If you’re a Civilization fan, you’ve probably gotten used to seeing a game come out once every few years. But with Sid Meier’s Starships, a spin-off game related to last fall’s Civilization: Beyond Earth, fans of the series are in for a pleasant surprise.

The most recent title in the Civilization series debuted in October, but Take-Two Interactive’s 2K games label and developer Firaxis are readying Starships for a March 12 debut. It isn’t a major new release, but it’s like a nice chess game while you’re waiting for the next big one.

The $15 downloadable game will launch on Steam for Windows-based PCs and Macs, the Mac App Store for Mac, and the App Store for iPad devices. While you get to explore an alien planet in Beyond Earth, Starships never lets you set foot on a planet. Rather, you spend your time in space, going from star system to star system, battling other starships.

I played a preview version of Starships on Steam for Windows for a few hours. Based on that, I can see Starships has potential to suck a lot of time out of people who are fans of the sci-fi universe that Firaxis created with Civilization: Beyond Earth. In fact, you can link your games through a single My2K player account, enabling the decisions and history you create in one game to influence the other. 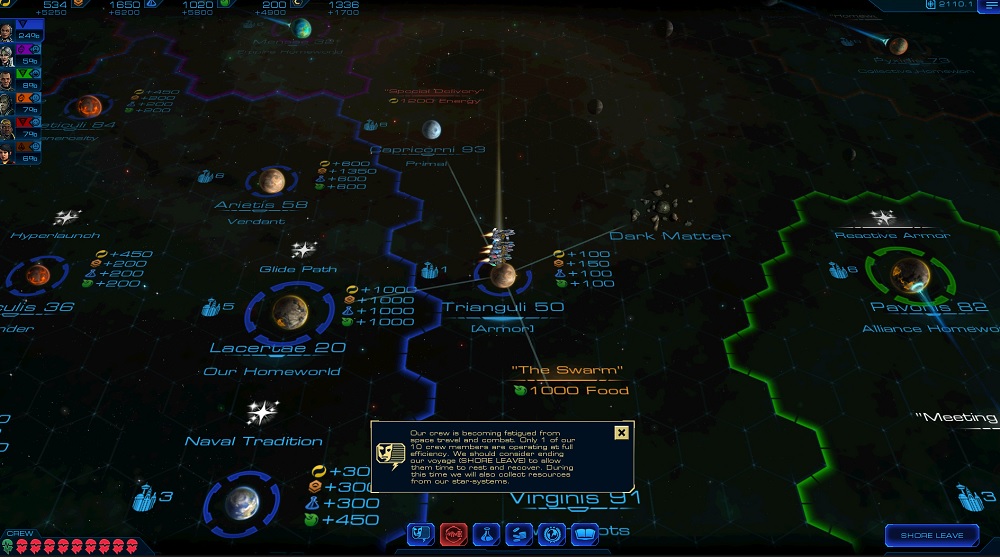 But it’s also a stand-alone strategy game that newcomers can play without a huge learning curve. The basic appeal is that it makes you feel like you can craft your own starships and use them to create your own interstellar empire in a sprawling galaxy.

Having just taken a look at the gorgeous Star Citizen starships, I certainly wish that Firaxis could have put more beauty into the 3D graphics of the game and the images of the starships. But we have to remember that this is a strategy game. The map of the galaxy is two-dimensional, and so is the combat map. One look at all of the numbers on the galaxy map, and you’ll see that it’s designed for war gamers who love lots of numbers. Those numbers tell you who is strong at a glance.

You fly your fleet to a planetary system, then you zoom in on a map of the star system. That’s where the action takes place. You can maneuver your starship fleet for offense or defense, using asteroid belts and wormholes to outwit your opponent’s fleet. You move around on a grid of hexagons, much like you do in old war games or other turn-based titles like XCOM: Enemy Unknown (also by Firaxis). You move your ships toward the enemy and fire your weapons, such as torpedoes, lasers, and cannons. Once you are done, the enemy makes moves. You have to hope your armor and shields hold up.

The starships can be viewed from a single, isometric view, but they don’t look particularly awesome. The game is the complete opposite of the sci-fi game Homeworld, which was recently remastered in high-definition so that you can fight huge 3D space battles in real time. By contrast, the 2D grid system for this game might work equally well in a game of combat between ancient sailing ships.

Still, if you set that aside, I think Firaxis has the seed of a fun strategy game. As I played, I did start to feel like my starships were my own characters that I could evolve into veteran killing machines. 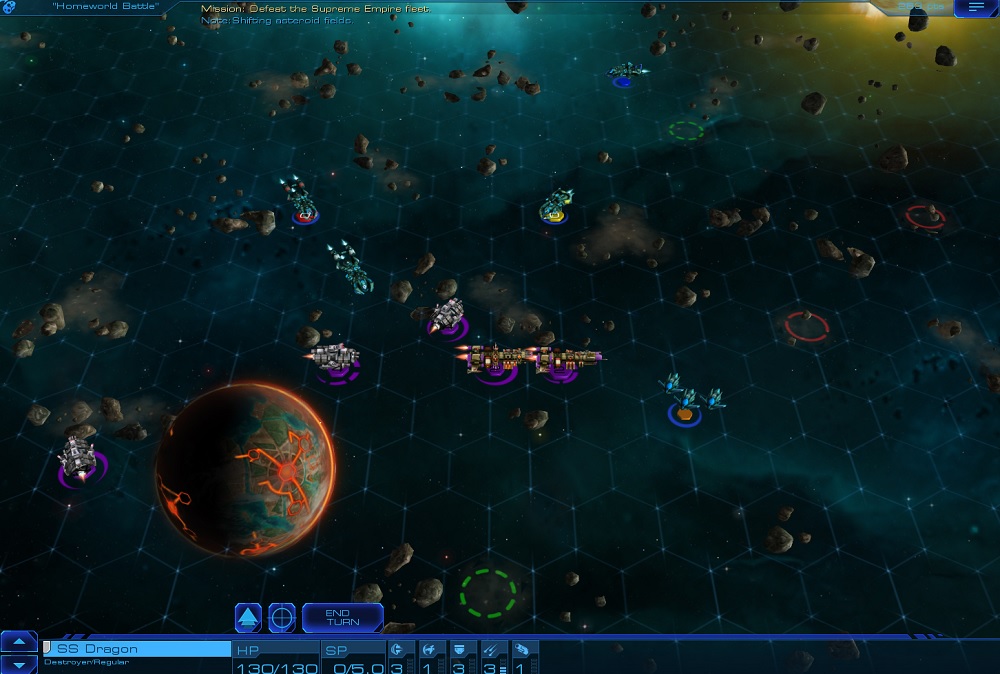 In the YouTube video below, Firaxis founder Sid Meier said the game was inspired by the days he spent being excited about space combat and Star Trek when he was a kid. He always wanted to do a sci-fi game. Then, the Firaxis team began to create Beyond Earth, where humanity takes to the stars and colonizes worlds. At the close of Beyond Earth, after a thousand years of colonization, humanity receives a call for help from another pocket of humanity. So the humans assemble a starship fleet to send out on a rescue mission.

“When designing Starships, I was intrigued by the idea of exploring the next chapter in the story of Civilization: Beyond Earth. What happens after we colonize our new home and eventually build starships to take to the stars? What has become of our long-lost brothers and sisters from the planet Earth?” said Meier, the director of creative development at Firaxis, in a statement. “My goal was to create an experience that focuses on starship design and combat within a universe filled with interstellar adventure, diplomacy, and exploration.”

Although a separate team worked on Starships, the game is set in the same universe as Beyond Earth, with the same factions, such as the Harmony “tree-hugging” group that embraces closeness with a planet; the Purity affinity, which emphasizes humanness; or the Supremacy affinity, which is aimed at developing cybernetic hybrids. 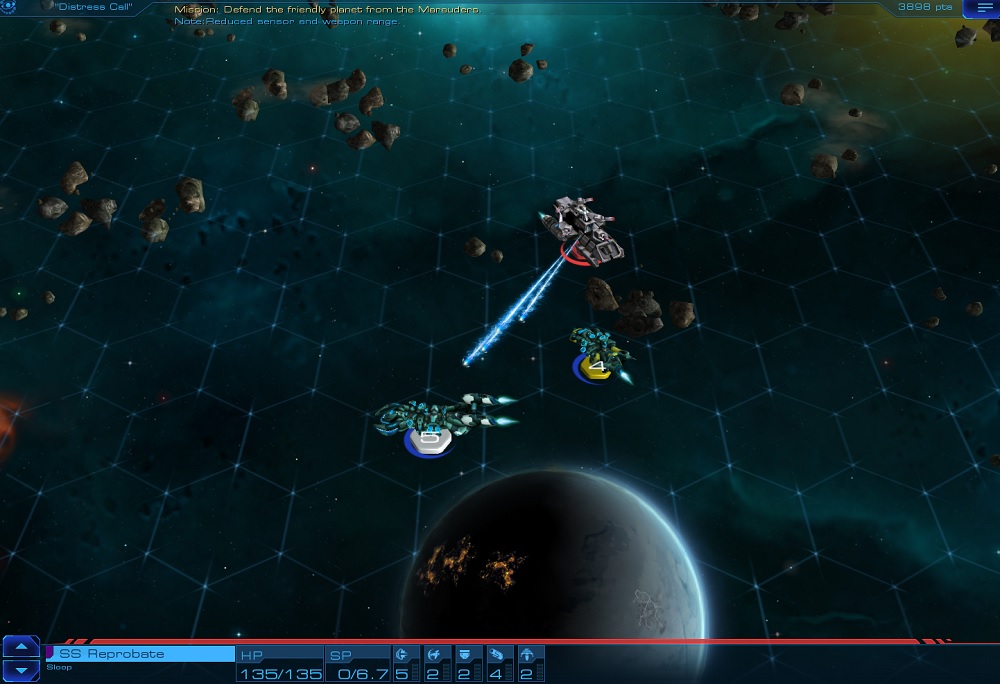 Supremacy starts with a random Wonder already built. I played under the Purity affinity with Elodie, a French faction ruler. I chose a medium-sized map with five opponents on the moderate level. I quickly lost that game, so I restarted on an easy setting.

I started out with a homeworld, which had a big population that was already producing energy, food, science, and credits for resources. I went into the tech research screen and chose to put my science resources into an Ion Drive, which gave my starships better engines. I could also improve the artificial intelligence level or the shields, lasers, torpedoes, and other gear on the starships. If you’re short on credits, you can sell your energy, food, or science resources. Then you can use what you earn to buy more stuff.

Each starship has about 10 attributes that you can modify. You can create fast and lightly armed ships or slow, heavily armored ships with beastly weapons. And you can mix it up by creating more starships and more fleets over time.

You can build improvements or cities on your worlds, but the main object is to get more resources that you can spend on your starships. The point of R&D projects is also to enable you to create a stronger fleet.

The trouble is, you can make the galaxy large, with any number of enemy civilizations that you have to compete against. If they gang up on you or out-compete you on technology, you’ll lose. And if you don’t give your crew a shore leave every now and then, they will get quite grumpy.

I found that it always paid off to add fighters to the ship so that I could dispatch them and have multiple ways to trap and attack enemies in space. If you have any questions about units, you can consult the Spaceopedia for answers.

The game sounds like a deep Civilization game, but it’s not as complicated. And that could make it into a very fun strategy game. Since there are eight different civilizations and three different affinities, the game could also have a lot of replay value. I’d like to see more. But so far, I like what I see.