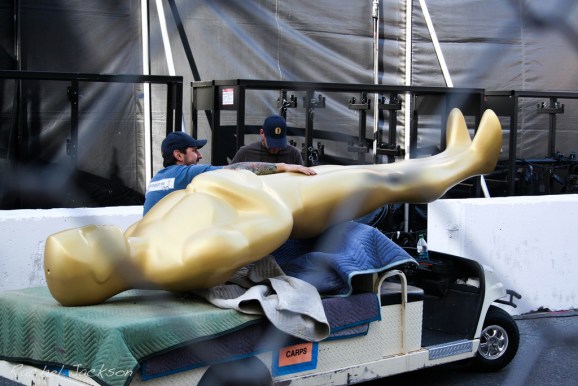 Oscar host Neil Patrick Harris may have many talents. But when it comes to generating social media buzz, he apparently can’t hold a selfie stick to last year’s host, Ellen DeGeneres.

In report released today, social analytics firm Sysomos reported that the number of tweets at this year’s Oscars was 8.58 million — a drop of 39 percent from last year. While the drop is quite large, it’s not entirely surprising since Twitter declined to release the numbers from the Academy Awards as it had the two previous years.

Last year, Twitter reported that there were 14.7 million tweets related to the Oscar broadcast. A drop of 39 percent based on Twitter’s raw numbers would mean about 8.967 million tweets, putting it within range of Sysomos’ numbers.

It’s not immediately clear why there was so much less tweeting during the Oscars this year. But one reason may have been Harris.

According to Sysomos, Harris had 352,881 mentions on Twitter this year, compared to 3,650,452 for DeGeneres last year. Of course, the 2014 Oscars featured DeGeneres’ epic selfie tweet that became the most retweeted ever.

While the Oscars and tweeting are fun, it’s also serious business for Twitter. The company is trying to show that it can grow its user base and engagement, and big live events like the Oscars are a cornerstone of its success.

In the Q1 2014 earnings call in April, chief executive Dick Costolo and chief financial officer Mike Gupta pointed to the Oscars as key for Twitter to not only draw in new users, but to attract advertisers and show them the value of the platform.

“In the two days after the Oscars, there were over 3.3 billion views of tweets just about the show,” Costolo said in April 2014, comparing that to the reach of YouTube. “That kind of reach and impact is why we now have TV measurement and ratings partnerships in 11 countries, and it’s what’s enabled us to build a partnership with Billboard for the first real-time chart to highlight the music of the moment.”