In an increasingly hectic game industry, discovery is a big problem. Players have trouble finding great new works, and developers worry about their games getting noticed.

Finnish developer Shark Punch says it can fix the problem of game discovery with its Playfield community platform, which enters open beta testing today. Shark Punch just raised $1.2 million in seed funding to help create the platform that it says will connect gamers and developers from the very inception of a new title — something that’s key, as digital gaming brought in $1.2 billion alone in December 2014.

London Venture Partners is leading the investment, having previously invested in Supercell, the Finnish studio between the runaway mobile hit Clash of Clans.

It’s a big move for a small game studio, but Shark Punch founder Jiri Kupiainen says that his team’s diverse industry background puts them in a unique position to see and solve the problem from all angles.

“Game discovery is an industry-wide problem that affects all developers, small and large,” Kupiainen told GamesBeat via email. “Game discovery is also broken for users — opening the app store and hoping to find something new to play is similar to [turning on] the TV and hoping something good is on. Developers are waking up to the fact that instead of treating user acquisition as an one-time cost, they should focus on building lifelong customer relationships.”

Mobile Game Developer?
Learn how the most successful developers acquire their users.

Shark Punch is using a proprietary algorithm that pulls in game-related content from different sources, which the community then browses and votes on. Kupiainen likens it to a cross between community-powered shopping site Polyvore and self-styled “front page of the Internet” Reddit — only for games.

The community will initially shape Playfield by voting content up, ensuring that the “good stuff” rises to the top. In the next stage, it will return personalized game recommendations by combining voting data with your social graph. 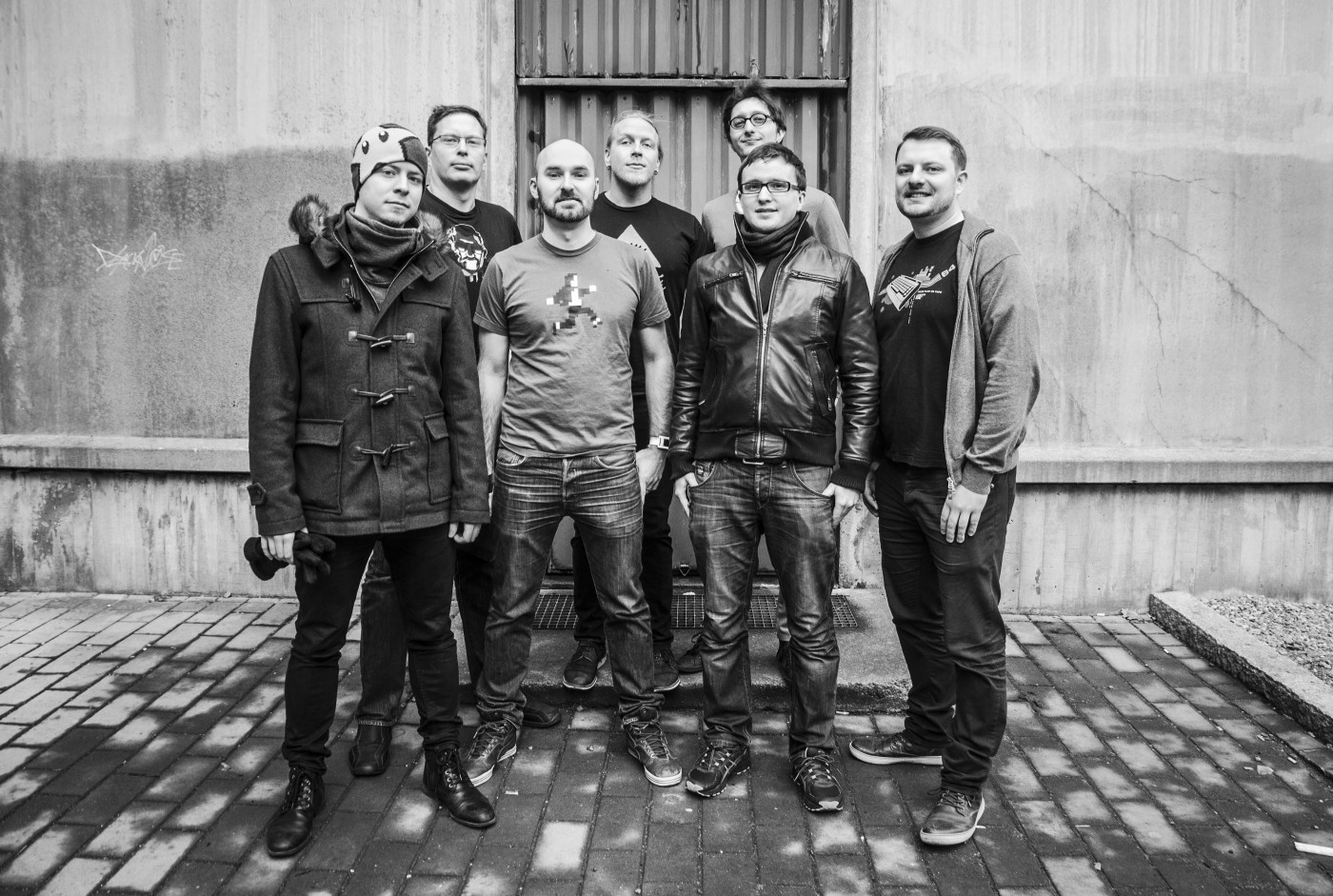 Above: Jiri Kupiainen [center] and the Shark Punch team.

Image Credit: Sharkpunch
It’s similar in a way to the curation system that Steam, the world’s largest digital game store, recently implemented to some acclaim, but Kupiainen says that Playfield will deliver far more personalized recommendations.

“From what we know, Steam’s approach is based heavily on the curations of game celebrities and user-provided game tags,” said Kupiainen. “Our goal is to be able to provide more personalized — and thus better — recommendations by looking at your interests and social graphs.

“We also have a much bigger focus on allowing people to connect in a much earlier stage. Steam’s communities only really come into play once the game is out there — we think developers and gamers should start forming that relationship from the moment the first concept picture for the game is out there.”

Shark Punch is already in discussions with several digital distribution platforms, and Kupiainen hopes that Playfield will one day be the “main way people discover and connect with games they care about.”

Playfield will initially focus on indies, and tens of developers have already gotten involved by signing up and creating pages about their games.

Given Shark Punch’s own background as an indie development studio — its latest title, squad-based heist game The Masterplan, is on Steam Early Access right now — it makes sense to start working with smaller developers. But Kupiainen says that the platform will bring larger developers on board as it grows.

“Given our background as an indie game developer, I think it’s natural to focus on that initially,” said Kupiainen. “However, the border between indie and mainstream is quickly disappearing, and I think our platform can grow with the games and developers using it. In addition to several well-known indie studios, we are also in talks with bigger game development studios.”