In a short few years, e-sports has become a huge global phenomenon. And fans are going to large events in ever-increasing numbers. It might seem strange for people to pay for an event where they watch other people play games, but those fans say that they’re in it for the community of fellowship with other gamers and because of the atmosphere, according to a survey by ticketing marketplace Eventbrite.

The e-sports fans are a dedicated group, turning titles like League of Legends into the most played games on the Internet. The new report shows how much of a cultural shift live gaming events are creating in gamers, who used to be more of a sedentary and solitary group, at least based on the stereotypes. How dedicated are they? 38 percent said they were willing to travel to another country to attend an e-sports event.

About 81 percent said they attend in order to feel like a part of the community and 61 percent are looking to connect with friends they usually interact with only online. Gamers also enjoy simply being a part of the atmosphere. 66 percent said that attending a live e-sports event gives them another way to experience games, with many commenting that the big sights, sounds, screens, and stage are all compelling reasons to see it live. 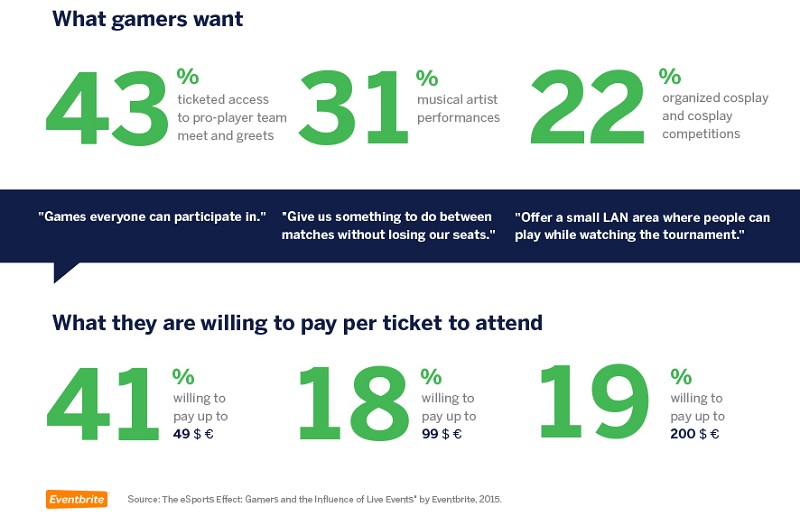 “It’s about being there live and connecting directly with your friends,” said Christine Bohle, head of consumer partnerships at Eventbrite, in an interview with GamesBeat. “They connect with people they have met or played online. It’s about the ability to do that in real life, instead of doing it by instant message or email.”

The survey queried 40,000 people who attended e-sports events, and Eventbrite received 1,500 responses. The result was some interesting insights into the cultural and business impact of e-sports. 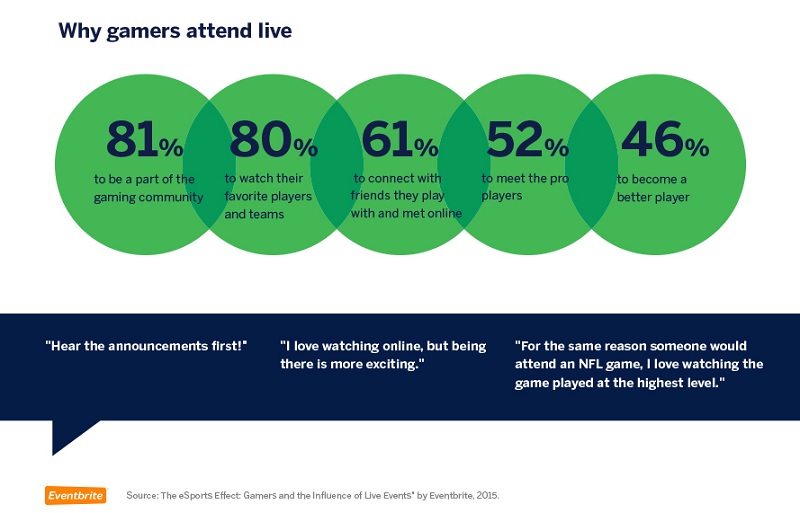 Above: The reasons why e-sports players attend events.

The survey revealed some other insights about fans. More than half (54 percent) said they watch traditional sports, and, of those, 10 percent watch an average of 10 or more hours a week of traditional sports per week. 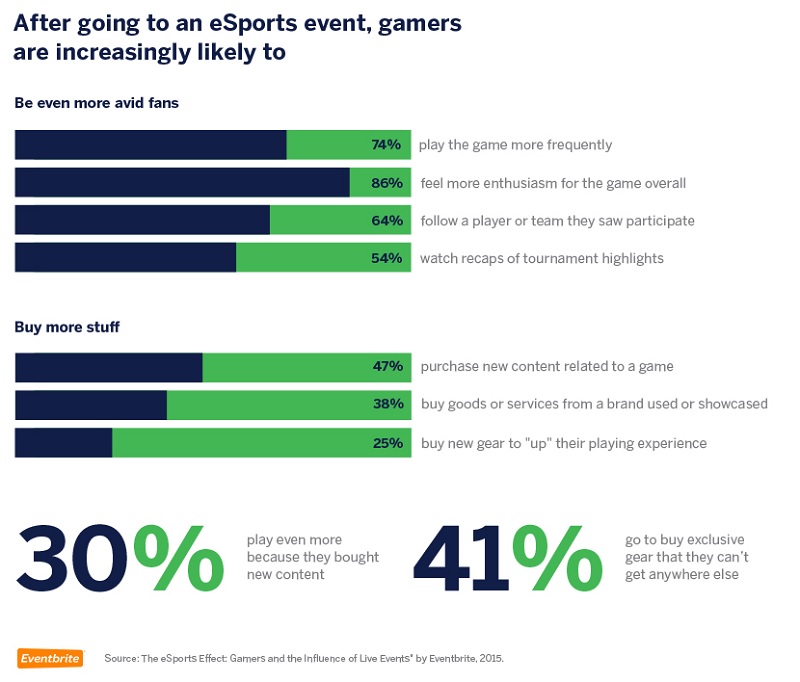 Above: Buying preferences of e-sports fans

Eventbrite is a good source of the data because it has processed more than 200 million tickets since 2006. Eventbrite has logged more than 4,800 e-sports events of all kinds to date, including 2,000 events in 2014.

“Gamers will always connect with each other online, but there is absolutely no substitute for being at a live event, surrounded by other fans who share your passions, interests and the thrill of seeing players and teams perform at the highest level,” Bohle said. 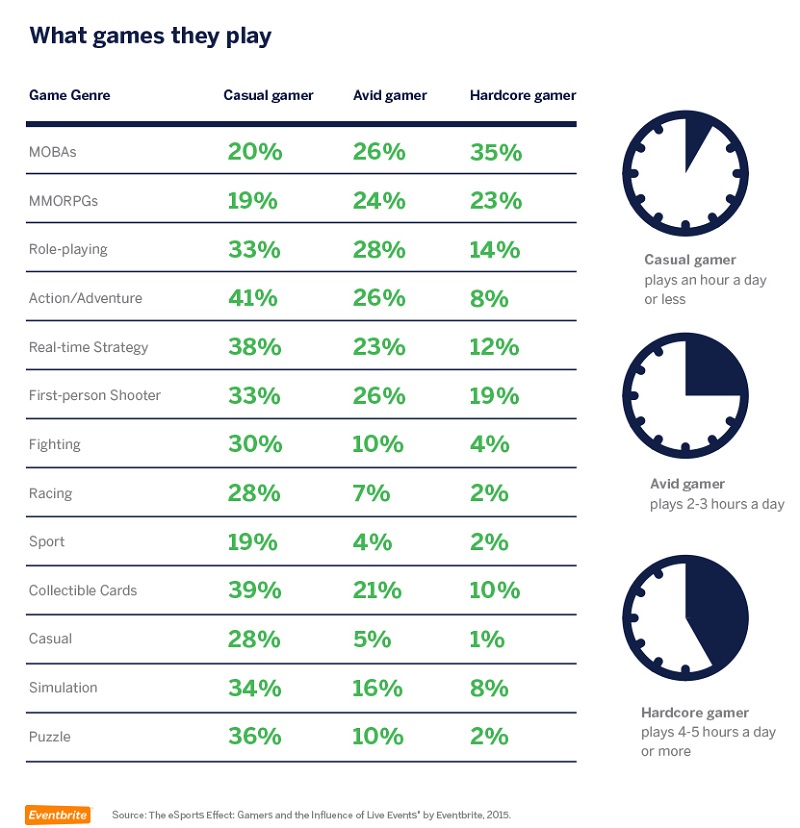 Above: Favorite e-sports games for different classes of fans.