Between Soul Calibur and Tekken, Bandai Namco cites its legacy of competitive multiplayer games as their qualifications to handle Supernova, its first multiplayer online battle arena.

Such boasts are a bit of a stretch when comparing fighting games to a MOBA-real-time-strategy hybrid. Then again, all these games have large e-sports audiences. For those who have an inkling to get a head start on Supernova’s ins-and-outs, its public alpha test has since opened.

The MOBA market isn’t completely devoid of sci-fi settings and premises despite the dominance of fantasy games like League of Legends and Dota 2. Developed by Budapest-based Primal Game Studios, Supernova’s conflicts are between humans and cyborgs, designations used broadly in a game that includes alien species that wouldn’t feel out of place in a Star Trek film. 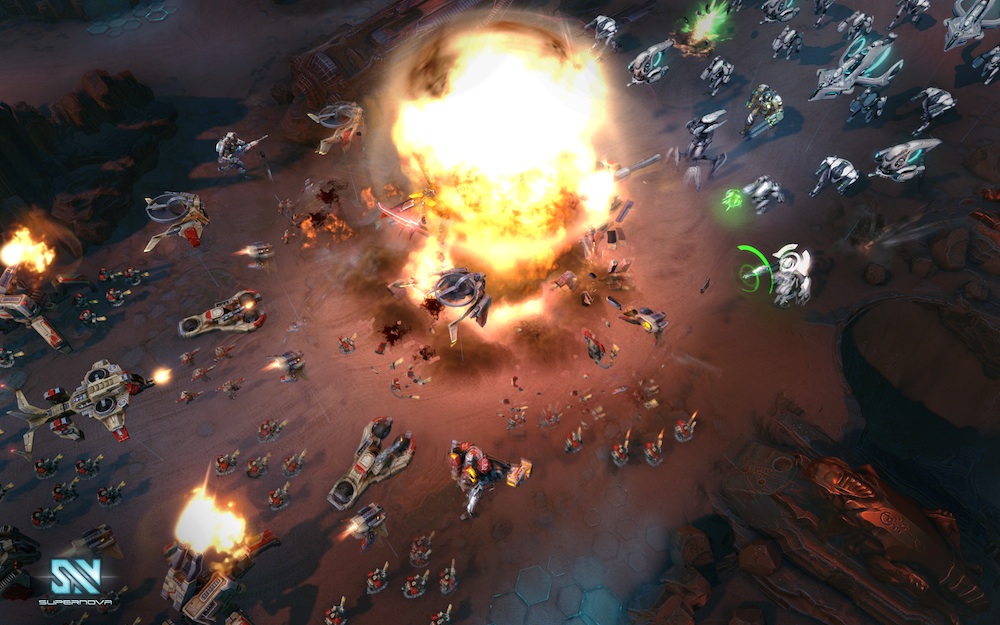 Above: Attacks as devastating as this one are not uncommon in Supernova.

Supernova might demand more multitasking than your average MOBA, though matches still rely on familiar setups like 5-versus-5 combat and symmetrical maps to keep competitions balanced (though that can change after alpha). As long as you’ve had some experience in either genre, jumping into battle is a breeze. The mouse handles basic movements and attacks as well as unit-construction commands. Keys deal with special attacks and protective measures. Just be mindful of traditional MOBA variables like “fog of war” enemy concealment and the high risk of taking on an outpost cannon by yourself.

At its current state, Supernova plays like a MOBA with RTS resource management mechanics, though it did not start out like that. Primal Game Studios originally designed Supernova as equal parts MOBA and RTS, which included direct unit management on top of commanding your hero. That proved too complex, which resulted in automatic lane pathing for your armies. Despite this limitation, it’s easy to see some semblance of combat depth in the studio’s latest iteration. Do you choose to build units that have strong attributes in areas that your hero lacks, thereby complementing him? Do you construct an army with tank-like stats to complement your commander who is already a tank himself? You might learn that some commanders are best used supporting their own armies rather than supporting other commanders. This is especially the case when you have support-heavy abilities that can buff and protect units. The addition of units make Supernova well suited for that minority of MOBA players who prefer not to engage in 1-on-1 situations.

Whatever your role, each class naturally has their own suite of abilities to complement their unique stats. Furthermore, useful skills like stealth come in many forms, whether it’s a classic cloaking device or the ability to burrow underground and launch an unsuspecting attack from below. Supernova is not purely symmetrical. Even though there are five players per side, there are more than five classes to choose from. One side could function without a Caster while the other side might do without an Assassin. Mixing and matching these team varieties is intriguing and can lead to some powerful ensembles, especially if you have four other friends willing to put the time to experiment. 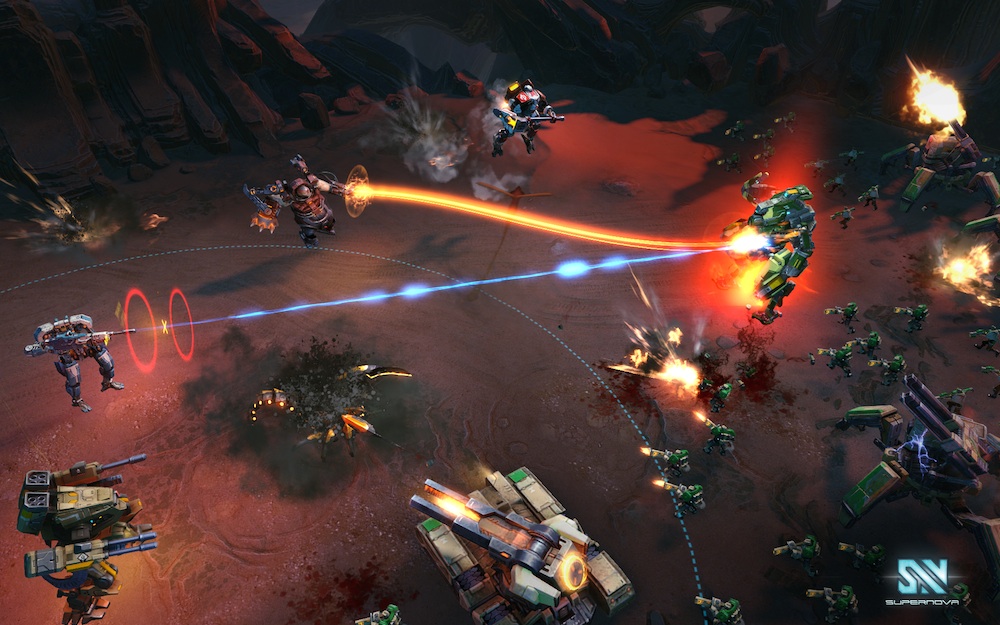 Above: You’d be wise to mix your close quarters combat skills with precision ranged attacks.