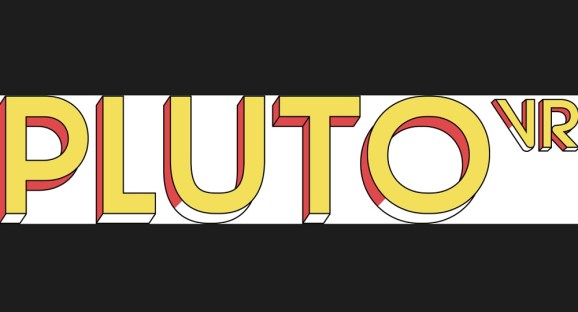 John Vechey, the cofounder of Bejeweled maker PopCap Games, has the virtual reality bug. Like many game developers, Vechey has it so bad that he has created a new startup, Pluto VR, to take advantage of the opportunity that the resurgence of VR has created.

But Seattle-based Pluto VR isn’t yet focused on making games. Rather, it will focus on the software needed to make VR and augmented reality environments more social and connected. The move is an interesting sign of the times and worth noting. Vechey’s last startup, PopCap Games, focused on zany and casual games such as Plants vs. Zombies and Bejeweled. It was sold to Electronic Arts in 2012 for $750 million. 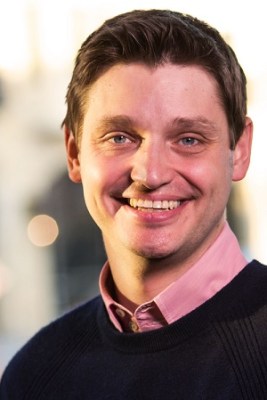 Above: John Vechey of Pluto VR

In a press release that he crafted himself, Vechey wrote, “We live in an increasingly connected world. With video-conferencing, social media, and online gaming, we can communicate and play with others like never before. However, talking into a phone, sharing a video, or looking at a webcam aren’t natural ways of communicating and don’t come close to what it is like to sit across the table from someone and share an experience.”

He added, “With augmented and virtual reality technology, it is now possible to feel a sense of presence with other people, allowing you to communicate, collaborate, and connect from anywhere in the world, as if you were in person. This is what Pluto VR is building.”

Vechey spent a few years at EA in various roles. By the time he left, he was running PopCap

Besides Vechey, the founders include Forest Gibson, Jared Cheshier, and Jonathan Geibel.

Cheshier was previously a partner at a Seattle-based development firm focused on mobile and emerging technology. There, he helped develop several augmented reality and VR projects for various clients. He also worked at Microsoft and Valve in a range of roles.

Gibson’s background includes work in VR, marketing, video, and crowdfunding. He has helped Kickstart a satellite space telescope that lets you take “Space Selfies” and an automated brewing machine that makes beer at the press of a button. He was an Internet Scientist on Know Your Meme and even starred in a short-lived reality TV show.

Geibel was a director of technology at Walt Disney Animation Studios for 14 years. There he led a team that pushed the boundaries of high-performance computing. He worked on films like Frozen and Big Hero 6 and is an advisor to startup Qumulo.

Vechey told GamesBeat, “As virtual reality and augmented reality come to fruition, they will need to focus on multi-user communication, collaboration, and social connections. You will want that person-to-person communication. We believe that, over time, these technologies will be great at allowing people to be ‘present’ with each other.”

Some of these technologies will be great for the workplace, online collaboration, and entertainment. But games are going to need them too, Vechey said.

“At first, we’re going to be focused on collaboration and learning” like virtual white boards and conference calls, he said.

But he said he would love to work on making board games playable in virtual reality. He said he loves board games, but some of the sophisticated new games like Werewolf and Cards Against Humanity take a long time to set up and explain to people. They’re fun once you get started, but VR would be a great way to shortcut and automate the tutorials and communication for board games, he said.

“The great things about computers is they do a huge amount of work so that you don’t have to learn a lot yourself,” he said.

Vechey said the team was grappling with challenges in VR, such as how to create “avatars,” or virtual representations of yourself that other people will see. He said that making a face that changes from smiling to frowning won’t work, as the facial expression will be very distracting to whoever you are talking to. A neutral expression might work best in that situation, he said.

He said the company will support a variety of virtual reality and augmented reality platforms. He said he wants the platforms to be open so that the market can grow faster.

Vechey and his co-founders are in good company. Other game makers who have started VR startups include Paul Bettner, the co-creator of Words With Friends, and Tommy Palm, one of the people at King who made Candy Crush Saga into a big success.

Vechey said the team is hiring. As for leaving Electronic Arts, he said, “EA was a big company. I have so much respect for EA, and it was an amazing experience. But they are really focused on making PC work on digital, next-generation consoles, and developing mobile games. They don’t need to focus on VR.”

Vechey said he was inspired to do VR after he saw Palmer Luckey, the founder of Oculus VR, talk at the DICE Summit event last year.

“I thought it was amazing, and I couldn’t get it out of my mind,” Vechey said. “It’s blown me away.”

Vechey is self-funding the company for now.