Escaped llamas took over the Internet Thursday. That’s right, llamas on the lam.

Anyone watching Twitter this afternoon would have seen their feed dominated by news of the animals running around Phoenix.

According to Twitter, the llamas on the loose were a top trending topic in the United States. And by the time the furry beasts were eventually captured — using lassos!! — there had been 220,000 tweets breathlessly reporting on the chase to catch them. These may not be Oscars or Super Bowl numbers, but they’re pretty impressive for a Thursday afternoon when there wasn’t really any other big news — like, say, a major ruling on net neutrality — vying for people’s attention. 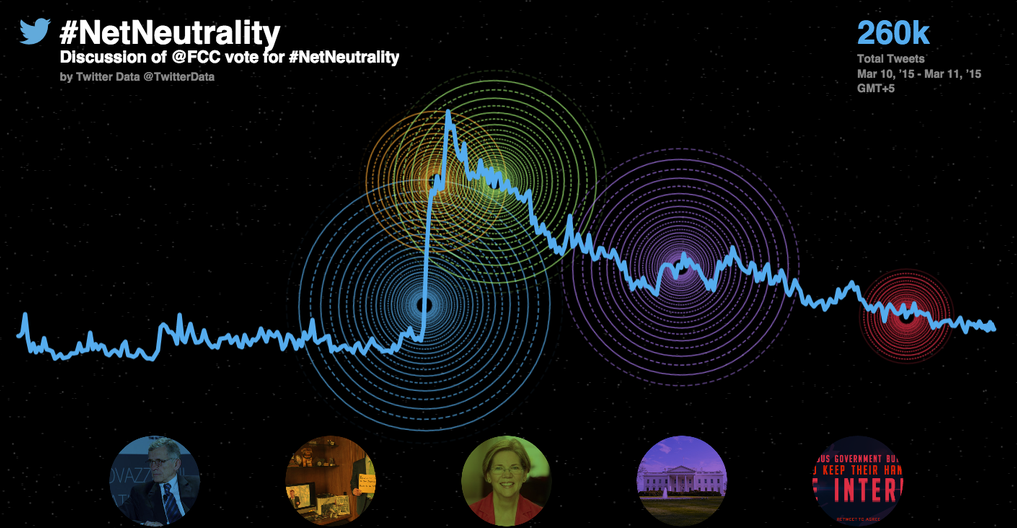 Most people, it seems, were enthralled by the spectacle, caught on video from overhead helicopters. It would seem that few wanted the saga to end. In fact, the tech site The Next Web humorously tweeted, “SWITCHES ON OUT OF OFFICE REPLY” and a link to video of the llamas roaming the Arizona streets.

When the llamas were finally, um, in custody, many people expressed ironic annoyance at having to return to their actual workday. Others decided to keep the fun going, and llama-related tweets continued to flow all afternoon. One favorite of mine came from Drew Olanoff, who posted a photo of embattled NBC News anchor Brian Williams with the words, “So there I was chasing some llamas,” a reference to Williams’ debunked claims of having reported from a war zone. 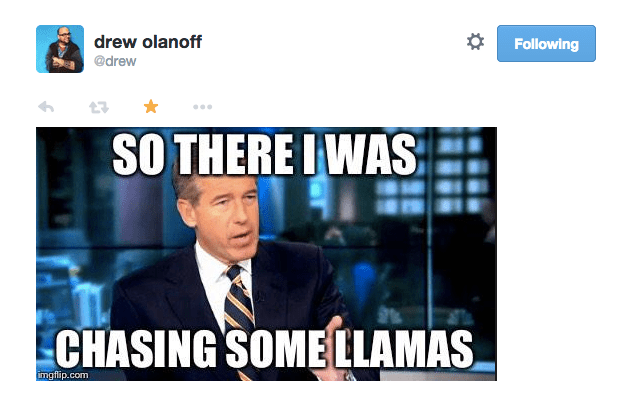 I felt, and many agreed, that this was the best thing on the Internet in ages. One could stop for a moment and think about the fact that the poor llamas were probably scared out of their minds at the chase — which some jokingly compared to the police pursuit of O.J. Simpson on Los Angeles freeways in 1994. But beyond that, it’s clear that this was a singularly fun and humorous moment that countless people on the Internet got sucked in by, and which probably cost the American economy millions, or even billions, of dollars in lost productivity. Because of llamas. Think about that for a moment.