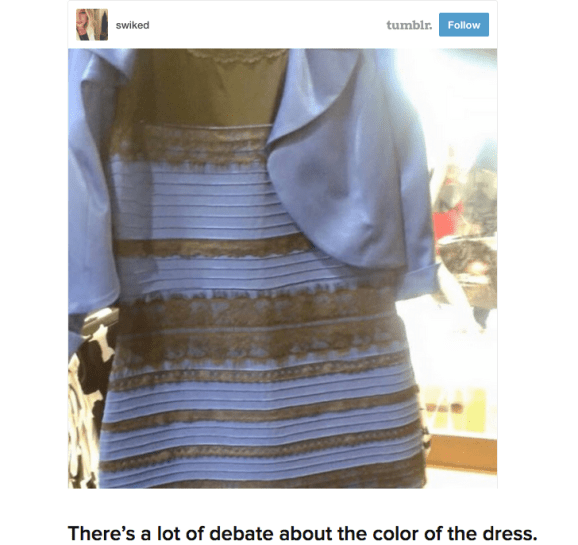 What does it actually mean for a news post to get 1 million views? Other than the raw number, how many viewers does an article need to get to influence the national discussion? In the news and broadcast industry, we often toss around viewer numbers as a metric for success, but we never attach it to meaningful interpretation. Below, I’ve come with a handy scale to help readers sort through the numbers. Think of like a Richter scale for the news industry.

This week, Buzzfeed landed on a crazy-viral post about a dress that appeared to change color based on the lighting in the room. It got a whopping 27,000,000+ views as of this writing. Politicians, entertainers, and news outlets were tweeting about it. It went so viral that the New York Times wrote a piece just about the crazy traffic, itself.

If a post gets 10M+ views, it is a headline-shattering sensation across all walks of life.

If a post reaches the seven-figure mark, it’s a sensation, but only for one slice of the news reading public. For the sake of comparison, one of Buzzfeed’s most popular political posts ever was the reposting of a Fox News segment, where the interviewer questioned whether a widely respected Muslim and theological author could write about his religion objectively.

“Is this the most embarrassing interview Fox News has ever done?” snagged 5,700,000 views and was a trending discussion among politicos for a solid week. It was so popular that even Fox News had to respond.

At six figures, a post has folks talking. It could be a thought piece about political correctness that gets familiar faces within a niche audience all talking about the same post. Or it could be a super-helpful lifehack that has Twitter abuzz for a few hours.

Generally, if a post reaches over 100K, most people in my circle of friends either heard about it, saw the headline, or read it.

At five figures, it’s only the folks who really follow the issue who read it. These are so common, it’s not even worth a link. Breaking business news, announcement of a governmental appointee, or news of a new album/gadget will all get a outlet somewhere above 10K.

Of course, different news outlets will have different scales. The average news post for some mainstream media outlets may be 100,000, while others are closer to 10,000 or 1,000. But the same rules apply. When the NY Times writes about a post, it has a lot of people talking because, more often than not, it’s over 100,000. It’s a much smaller lift for the NYT to dominate the conversation.

We live in an era where throwing out numbers is all too common. Sometimes, it’s helpful to have a mental conversion chart that translates numbers into something intuitive.