Robot Entertainment, the Texas game studio that created Orcs Must Die!, has received a minority investment from Chinese gaming and Internet giant Tencent.

The move shows that Tencent is serious about its ongoing quest to invest in Western game companies. Tencent has also recently invested in Europe’s Miniclip, Silicon Valley’s Hammer & Chisel, Epic Games, and Riot Games. The company is specializing in partnering with some of the world’s best game developers as gaming goes global.

Plano, Texas-based Robot said the deal provides it with additional financial strength and a strong partnership with the world’s biggest game publisher. Tencent had previously agreed to publish the Orcs Must Die! Unchained multiplayer online battle arena game in China. That title is scheduled for release in 2015.

“Taking on Tencent as an investor gives us additional financial flexibility but, more importantly, it creates a long-lasting and valuable partnership with the world’s premier publisher and operator of games”, said Robot Entertainment CEO Patrick Hudson, in a statement. “It’s a very exciting time for Robot Entertainment. We’re looking forward to showing Orcs Must Die! Unchained to fans at PAX East in Boston and releasing the game to market later this year on PC and PlayStation 4.”

The Orcs Must Die! Unchained game will be playable next week at the PAX East expo in Boston on March 6 to March 8. The game is in its closed beta test. In the title, players are responsible for controlling powerful heroes and minions. They have to place traps to attack and defend in a battle to control a fortress. They have to stop enemy assaults and summon their own armies to lead against the enemy defense.

“We are delighted to take our partnership with Robot Entertainment to the next level after licensing the ground-breaking online game Orcs Must Die! Unchained in China,” said Steven Ma, senior vice president of Tencent Games, in a statement. “With Robot Entertainment’s relentless pursuit of new and unique experiences for gamers combined with our strength in games publishing and operations in China, this partnership will help broaden our games portfolio and deliver on our mission to bring innovation and excitement to the increasingly sophisticated gamers in China.”

Robot was founded in 2009 by veterans of Ensemble Studios, maker of Age of Empires. 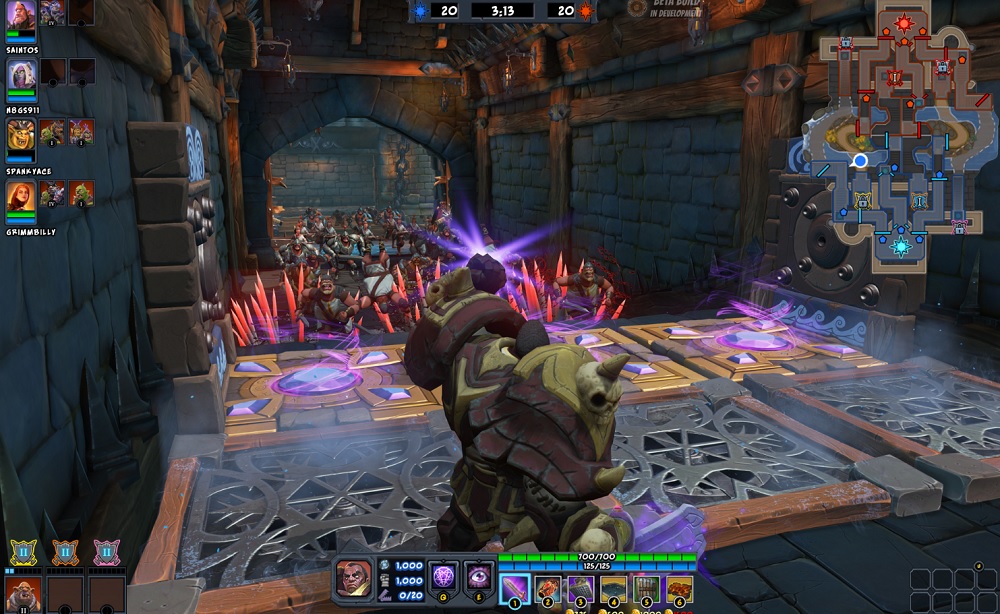 Above: Orcs Must Die! Unchained