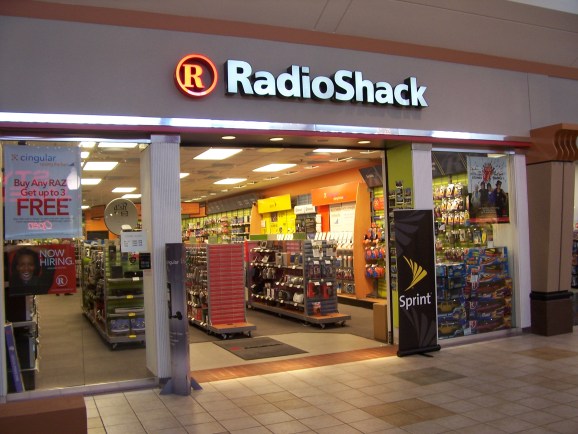 Some stores that look like this today will soon turn into a Spring Mobile.

GameStop doesn’t just sell games. It also owns and operates hundreds of Spring Mobile stores that deal in AT&T-branded phones. Today, that part of the retailer’s business is expanding.

As RadioShack closes, GameStop has stepped in to pick up the leases for 163 locations (via Wall Street Journal). The world’s largest game-specific retailer will fill those stores not with Xboxes and PlayStations but with iPhones and Android devices. Today, the court overseeing RadioShack’s bankruptcy approved GameStop subsidiary Spring Mobile’s offer to pay $2.4 million to lease these outlets. This will see GameStop’s Spring Mobile stores locations grow by about 50 percent.

While GameStop is best known for selling games and gaming hardware, it has made a major effort to establish a foothold in other consumer-electronic markets over the last few years. This includes selling iPads and Android tablets in its GameStop stores and opening Spring Mobile and Simply Mac outlets. While Spring Mobile focuses on AT&T phones, Simply Mac is a retail chain that carries Apple products.

This expansion has enabled GameStop to use its expertise in running a supply chain for physical hardware in a category that is in less danger of shrinking due to the Internet and digital distribution. During the summer quarter of 2014, GameStop reported an 85.1 percent increase in sales in its mobile and consumer-electronics division. Now, with more than 160 extra stores to do business in, it should see continued growth through this year as well.

By relying more heavily on Spring Mobile and Simply Mac, GameStop is changing with the times. While video games turned the retailer into a massive success, the company’s leadership and investors know that physical games is not a business of the future. Already in this generation of the PlayStation 4, Xbox One, and Wii U, gamers purchase up to 20 percent of all new games digitally. That is up from between 10 percent and 15 percent on PlayStation 3 and Xbox 360. And that ratio will only grow more in favor of downloadable releases. To counter that, GameStop has found ways to get in on digital sales by selling codes, gift cards, and downloadable content to its customers, but that also seems like a temporary solution.

While consumers continue to choose GameStop over any other retailer — including Walmart and Target — for their game shopping, the trend is moving away from in-store game sales.