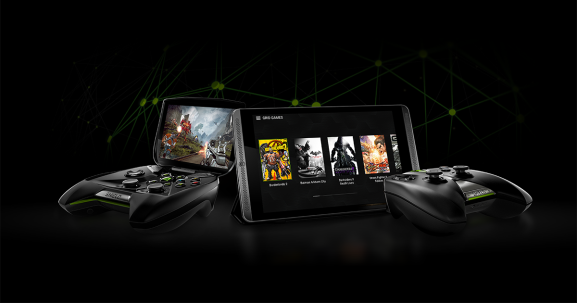 Nvidia is a name you may usually associate with graphics and hardware, but over the last few months, it has steadily built up its own cloud-gaming platform. And this is because the company felt it could do it better than anyone else.

Grid is the project that started as Nvidia’s attempt to offer specialized graphics servers to third-party companies looking to start their own streaming services. The hardware vendor took its existing graphics-processing chips and adapted them to work well in the specific circumstances that cloud gaming requires. While that business found its footing, Nvidia began to realize that it could do even more in the space if it took charge in developing a platform of its own. That led to the launch of the consumer-facing Nvidia Grid streaming service for the Nvidia Shield tablet and portable devices, which it is trying to separate from the crowd of OnLive, PlayStation Now, and other competitors.

Like those services, Grid is a Netflix-style service for games. A server somewhere (Nvidia has a few set up around the world) plays the game, and the Grid servers beams the video to your device and your control inputs to the game.

How Nvidia went from hardware to software platform

GamesBeat spoke with Nvidia Grid senior product manager Andrew Fear and senior PR manager Brian Burke about how the company found itself working on the software and distribution side of the industry.

“We started getting involved with lots of third-party companies who were trying to build cloud gaming servers using our GeForce hardware and servers,” said Fear. “We looked at it as a problem we wanted to solve because they were trying to use our consumer-grade hardware, and not in full servers, because [that tech] wasn’t rated for servers.”

Nvidia found that these cloud-gaming companies would have trouble keeping the hardware running 24/7 and that they had a demand for stronger components that could withstand near-constant use. That’s when it came up with the idea for the Grid hardware.

“We produced our good hardware,” said Fear. “We’ve seeded it into many of the leading cloud companies around the world. We’ve even deployed it at Amazon AWS. But as we started looking at this problem, we said, this is really complex. It’s not just a piece of hardware. It’s the software, the drivers, and working with game developers to optimize games. We approached it from a standpoint of, this is another problem we think we can solve.”

The answer to that problem was the aforementioned Nvidia Grid software service. This is the company’s own cloud-streaming platform that now hosts around 40 games. These include hits like Batman: Arkham City, Borderlands 2, and the Lego games. And, at least for now, Nvidia is letting anyone that owns one of its Shield devices (the tablet or the Shield Portable) play these games for free.

“So we ran some betas for about a year, and last November we launched our official cloud gaming service,” said Fear. “That service we launched November 18 with 20 games. It’s something we’ve committed to providing to all of our Shield owners for free until June of this year.”

And now Nvidia is just adding more games each week, and it’s listening to what players have to say about it. So far, according to Fear, the feedback is “pretty positive.”

The next phase, after launching in November, was to add servers around the world.

“When we announced it, we originally had servers just in North America,” said Fear. “We have a server on the East Coast and on the West Coast. About a week later we expanded fast to add our server in Dublin, so we can serve Northern Europe. We’re working to bring our Tokyo server online as well, which will stream into the Asia-Pacific area. We’re pretty excited about the fact that we’re getting widespread coverage.”

“Most people who are buying our platform — we assumed they were gamers and we’re seeing it with the play time on Grid,” said Fear. “We think it’s a good trend. It’s an upward trend in usage. We think, eventually, when we figure out how we’re going to monetize this as a paid service, we’re pretty interested in marketing to these users, figuring out how to offer them the games they want or the packages they want.”

Turning Grid into a product Nvidia can sell

And that is one of the biggest challenges Nvidia faces at this point: How to make money. I’ve tried out Grid on a Shield. It works. The games, like Batman: Arkham City, look amazing. Nvidia says it’s running all of the software on Grid at max settings. But the company wants to figure out how to offer this service to people in a way that makes it money while also satisfying its publishing partners and gamers. But it has some ideas about how to accomplish that.

“If you look at how subscriptions work, when Netflix started they sent you DVDs through the mail, but they were typically getting older movies,” said Fear. “PlayStation Now is in the same place. They get some older games. I honestly don’t know — I’ll plead innocent here — but I wouldn’t expect the hardware is capable of launching the latest titles. I don’t know if you’ll be able to get Uncharted 4 on their streaming service. We’ve been hearing from our users about what they’re interested in is something very simple to follow, a Netflix-style streaming service. A library of games you can get access to right away. And then we’ve heard interest from users as well about access to purchasing first-run triple-A just-released content as well where they can stream it immediately.”

This is somewhat similar to one of the models that cloud-gaming pioneer OnLive settled on after experimenting with other ideas that confused its customers.

“OnLive provides a nice case study to evaluate the challenges that a cloud-gaming service must overcome,” EEDAR analyst Patrick Walker told GamesBeat. “OnLive’s failure was partially because the technology was still cost-prohibitive in 2011 when the service launched.”

Since then, companies like Nvidia have introduced hardware that lowers the cost for anyone to run a graphics-intensive cloud service. At the same time, bandwidth costs have come down.

“OnLive also failed, however, because of a poor business model,” said Walker. “OnLive provided users with convenience at premium cost, but lacked the high quality content to hook users.”

Not having that content when OnLive was trying to go directly up against top gaming platforms, and Nvidia must overcome the same hurdle.

“In an age when players already have so much low-priced videogame content at their disposal, it is difficult to get people to pay a subscription for older content,” said Walker. “You are competing against free-to-play releases and Steam flash sales, which can cut the price of recently released triple-A games to less than $5.”

But Walker thinks that a subscription service could serve as a supplement to a cloud-gaming store that has the latest releases with no downloads.

“But the experience needs to be high in quality, and many players will still prefer ‘owning’ the content on their drive if the price points are similar,” said Walker. “However, the first step is providing an experience that bests other platforms in quality of the game experience, and Nvidia is in a much better position to do that than OnLive was.”

Doing what Nvidia does best

Nvidia has built technology that is capable of serving up the latest and greatest games on the market. PC games that are too taxing for a lot of people’s rigs. And it thinks it can serve those people with Grid because it’s not just capable of streaming just-released games, it’s capable of streaming them at their highest settings.

Nvidia’s Grid team is expecting that will excite gamers as well.

By June, the company is planning to have some ideas for how to launch Grid as a commercial product cemented into place. That’s right around the time of the annual Electronic Entertainment Expo tradeshow, and it’s possible Nvidia will have an announcement about Grid at that event.

For now, it plans to continue adding games to the library. And it’s also working on the next-gen of Nvidia Grid hardware for third-party companies — although it’s not ready to talk the specifics of that just yet, so things aren’t exactly clear on how that will shake out.

What is clear, however, is that Nvidia is getting bolder about what it thinks of itself. It knows what it does well, and that’s graphics chips for games. But now, it is letting that expertise guide it into new spaces.

“At our core, we’re a gaming company,” said Burke. “This company was started to create chips to play games. That’s how our leaders started Nvidia. We’re not scared to try new things for gaming. What we want to do is make gaming better — and to give people new ways to consume those games.”