Taking your mobile game to China is tough, but it might just be worth the effort.

Mobile gaming in China was worth $4.4 billion in 2014 — a significant part of an $18.5 billion gaming market — and it’s unsurprising that Western developers want a piece of the action. But taking your game to China isn’t an easy task. Effective localization means more than just translating some text, and developers and publishers also have to deal with an incredibly fragmented Android marketplace, which is split across more than 200 different stores.

Walking around Casual Connect Europe earlier this month, I was intrigued by the growing number of stands devoted to publishing in China and the rest of Asia. Speaking to some of these companies revealed a Chinese market brimming with potential but needing a wildly different approach to find success. 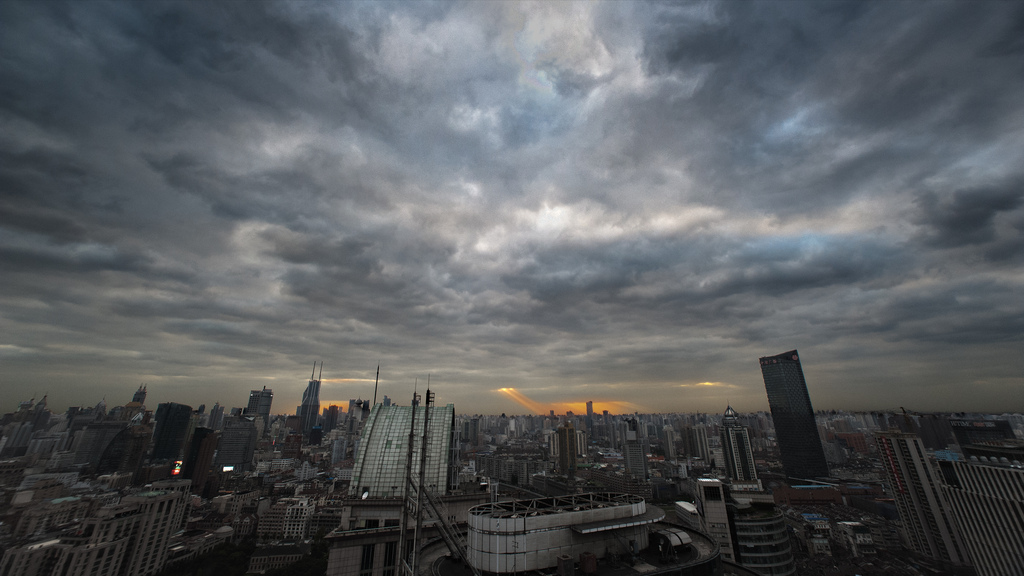 Above: China is the world’s fastest growing economy, with a gaming industry worth $18.5 billion in 2014.

It seems somewhat contrived to discuss an entire nation of gamers as one, but China’s recent history is unique compared to other major markets.

The Chinese government’s thirteen-year ban on foreign consoles just recently ended, and buying a personal computer is still prohibitively expensive for many Chinese families. There is a massive PC gaming market in China that centers mainly around gaming cafes, but for a lot of people, their first ever experience of gaming is on their smartphones.

“In China, a lot of people — their first electronic hardware is their mobile phone,” said Johnny Lo, account executive at Japanese Internet advertising company Septini. “They can’t afford a console, and they may not have been able to afford a TV back in the old days. PC was too expensive for them. So now the country is more developed — people are making more money — [and] the smartphone is their first gaming item.”

This new exposure to gaming, coupled with relatively short commutes to work in urban areas, results in gamers that play in a very different way to the West. And translating your game to that market is about more than just language.

“Localization is key,” said Lo. “Not just text localization but the culture. The graphics, the whole game scheme has to be adjusted.” 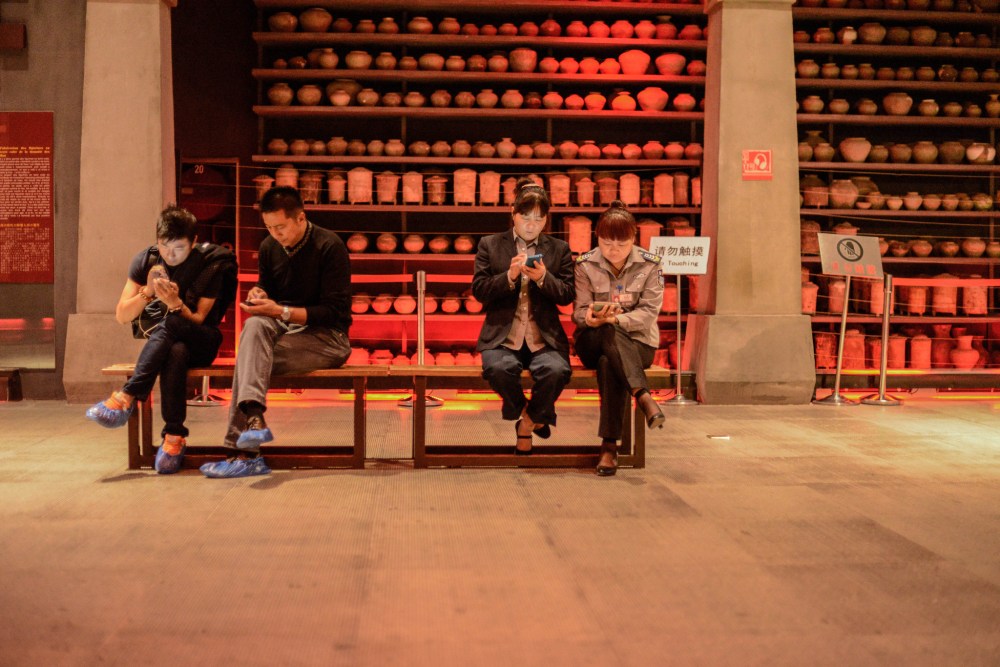 Above: Smartphone use is on the rise in China.

Omri Halamish of Ironsource told me a similar story. The digital distribution company — which raised $85 million in a recent funding round — opened a Beijing office six months ago. While Ironsource’s business there is more about helping Chinese developers succeed in the West, Halamish helped explain the importance of smart localization for the Chinese market.

“Most people think when I tell them they need to localize their game: ‘OK, I need to translate it.’ Not at all,” he said.

“You need to rewrite the story sometimes. You need to change the game flow [to] shorter sessions. Also, in-app purchases and monetization [need to be] much more aggressive and noisy. You have so much noise that you need to get over there.”

Halamish shared an interesting analogy for badly localized Western games: “I heard someone say it’s like watching a Bruce Lee film with subtitles that are very bad,” he said. “This is how your game is going to play.”

“That’s kind of the challenge. What Western game developers need to understand is that they need to rewire their game if they go to China. That’s the bottom line.”

Even if you have a game that suits the Chinese market, getting it published is tricky. Less so on iOS — where Apple controls most of the distribution for its phones and tablets — but with no single, unified store for the more dominant Android devices (accounting for 78.5 percent of the smartphone market), it’s a minefield, and you’ll likely need some help.

SkyMobi is one company helping Western developers publish in the Chinese market. It’s already got six games on the Chinese Android marketplaces — including Pele: King of Football and Beach Buggy Racing — and has another two currently undergoing localization.

It’s only taking around two games each month because localization isn’t easy, and it wants to hand-pick games it believes can actually succeed.

“To publish in China you need to work with tens if not hundreds of different channels,” explained William Heathershaw, the head of international marketing at SkyMobi. “At the end of the day a publisher only has so many resources, so we’re going to focus on the top maybe 50 channels, which will really give you access to 95-plus percent of the market.”

And each of those channels needs a unique copy of the game. “It’s not as simple as it is in the West,” said Heathershaw. “You have to create a clone copy of your game for each of the different app stores. Some of the larger app stores might [also] have certain requirements that you have to tweak for the game. It does require a lot of time on the publishing side for that to happen.” 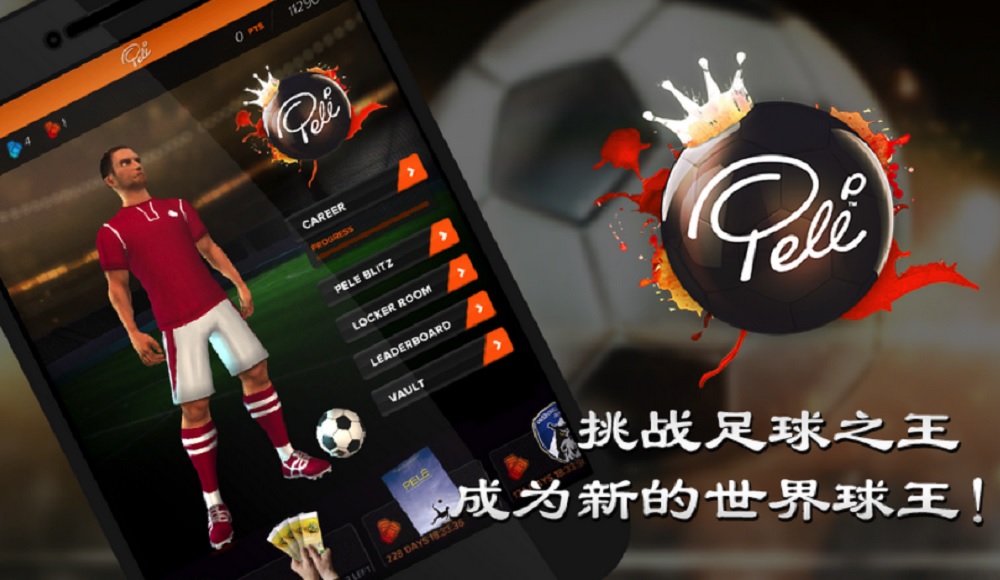 Above: SkyMobi’s Pele: King of Football

SkyMobi takes the source code directly from the developer and handles everything from there, including sending payments.

“As we’re a NASDAQ-listed company, we have the ability to give our developers money more quickly than other local Chinese publishers are,” said Heathershaw. “Some developers [elsewhere] have to wait maybe three months to collect what they made.”

But is it worth the effort?

“We’ve had a nice success with Beach Buggy Racing,” said Heathershaw. “In the first month, it’s done a few million downloads in just one market — China. It’s pretty impressive to think that a game can have a decent percentage of its overall downloads from one market.”

In the West, developers give 30 percent of their revenue to the platform holders — Apple and Google. In China, things are a lot more complicated. Payments are generally handled by a third party, as people don’t tend to have credit cards.

“It always comes down to, ‘Do you want access to the Chinese market or not?’” said Heathershaw. “If you do, that’s just how it goes.”