When Azerbaijan began pumping millions of barrels of crude oil from its Caspian Sea fields through the Baku-Tbilisi-Ceyhan pipeline in 2006, the country suddenly became flush with cash. The Central Asian state, which had struggled to develop after gaining independence from the USSR in 1991, now had billions of dollars pouring in. Burberry, Bentley, Cartier, and Louis Vuitton quickly opened stores in the mansions built by Azerbaijan’s 19th century oil barons on Baku’s Neftchilar Avenue and Aziz Aliyev Street.

At a time when Saudi Arabia, Dubai, South Africa, Brazil, and many other countries are trying to create the next Silicon Valley through government-directed development, Azerbaijan stands out. The small country’s aggressive pursuit of its goal means Azerbaijan may be the best case for seeing if a tech sector can be inorganically created. The Azeri government certainly has the cash and the desire to try. 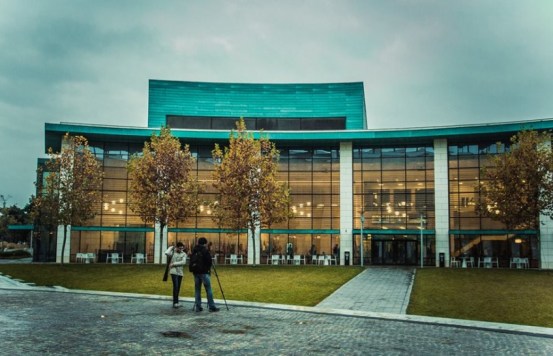 Azerbaijan has been on the cutting edge of the petroleum sector for much of the last 500 years. During the Soviet era, the USSR trained its finest petroleum engineers in Azerbaijan before putting them to work in the Caspian’s oilfields. In addition, due to Azerbaijan’s high concentration of engineers and technical talent, Nu, pogodi!, a handheld electronics game similar to Gameboy, was designed and manufactured in Azerbaijan in the Soviet era. Despite Azerbaijan’s engineering legacy, Azeri universities stagnated after 1991. 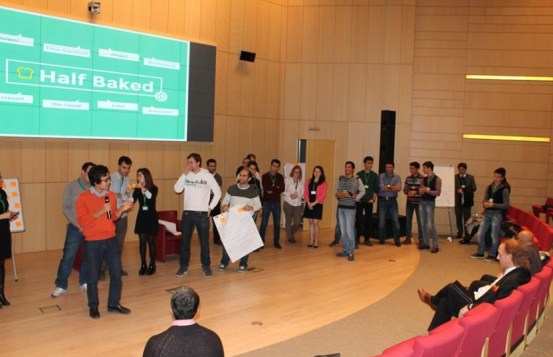 Above: Startup Weekend at ADA University

Azerbaijan needs to rebuild its education from the ground up as the large public universities like Baku State and the Azerbaijan State Oil Academy are teaching the same material that they covered 1985. Instead of teaching Java, Ruby, or C++, the computer science programs at Azerbaijan’s largest universities revolve around BASIC. Still, a few small universities like ADA University and Qafqaz University have opened in the past few years and offer computer science programs that emphasize labs and the programming languages that most developers rely on nowadays.

One of the greatest challenges in developing a tech sector in the developing world is the lack of support parents show for any interest their children may have in engineering. In many countries similar to Azerbaijan, parents actively discourage their children from learning computer science. Older generations tend to believe it’s best to study for a degree that leads to a government job, as that is where power, and with that, money, lies. Medicine, law, and banking are viewed as acceptable alternatives, but engineering is not encouraged. But engineering’s prominence in Azerbaijan during the Soviet era has enabled Azerbaijan to avoid much of that problem and has helped the country develop a culture supportive to engineering.

The Azeri government is trying to kick-start the nation’s tech sector through an aggressive, top down development strategy, but it has been constrained by how much it doesn’t understand about tech.

Azerbaijan’s Golden IT Triangle, which consists of the High Tech Park, the IT University, and the State Fund for the Development of Information Technologies, exemplifies how dependent the country’s tech future is on the Azeri government. The High Tech Park, a 50 acre campus that includes an incubator, labs, and office space for tech companies, is run by government officials who occupy roughly half of the park’s office space. The government simply does not know how to run a lean incubator as it never encountered an incubator before. So it treats its tech-focused organizations like any other bureaucratic institution the government is involved with. Furthermore, the government’s control of the incubator means the program is politically driven and does not have to generate returns in order to survive. Corruption can be a significant problem in Azerbaijan, so it is near impossible to know whether a team was accepted into the incubator program and awarded funding due to a well-placed bribe, an influential family connection, or an idea with tremendous potential. 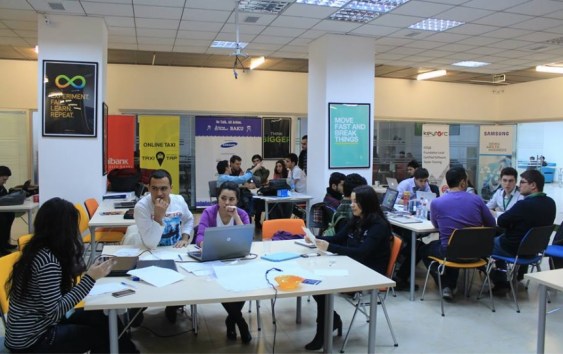 Azerbaijan’s core issue across the tech sector is finding the right people, an issue that both government programs and growing Azeri companies face due to the lack of people with technical skills and entrepreneurial experience in Azerbaijan. While one of the Azeri tech sector’s greatest strengths is government support, the form of that support needs to change in order for a tech scene to flourish. The government would do best to support and create universities, expand scholarships for study abroad, and develop early stage funding sources for tech companies.

Scholarships and study abroad enabled the rise of the first group of locally started companies like Baku-based GoldenPay, a mobile payments site, London-based Realeyes, an emotion tracking startup, and Namo Media, a San Francisco-based ad-tech startup recently acquired by Twitter. Young Azeri entrepreneurs look to Farid Ismayilzada, Elnar Hajiyev, and Tural Badirkhanli, the founders of those companies, for inspiration and guidance as those founders stay involved with the Azeri tech space.

GoldenPay, the most established tech company in Azerbaijan, has motivated Azeris to start building startups that import and adapt established business models to the Azeri context. This trend has taken off in Azerbaijan with the creation of Nuush, a Seamless like company, Yertap.az, a Zillow inspired startup, MedX, a ZocDoc like app, and Kinotap, an app similar to Fandango. Up until a few years ago, even the richest Azeris who are used to Rolls-Royces, Chanel, and Cartier didn’t have access to the technology that Americans take for granted. But Azerbaijan’s economy and way of life is rapidly being rebuilt by the proliferation of these tech companies.

The import-and-adapt model gives Azeris the chance to experiment with entrepreneurship in a somewhat safe way. Relying on a proven business model and figuring out how to best adapt it to local context is a challenge Azeris are well prepared for. When asking Azeris about these copycat companies, I was told that they are not scared of established Western companies coming into Azerbaijan and running the Azeri startups out of business. They believe that their knowledge of the Azeri and Central Asian user gives them an edge when they face more established competitors.

Azerbaijan’s combination of incredible oil wealth, a government motivated to spend much of its money to create a tech sector, and a history of engineering may enable Azerbaijan to became a tech hub for the nearly 400 million people who live in the Caucasus and Western and Central Asia. Azerbaijan has the wealth to become a major tech and financial center for the region as Azerbaijan could attract the most talented people across West and Central Asia to Baku as the Azeri tech ecosystem develops.

While Azerbaijan does not have many people with the technical expertise needed to start and support many startups, especially when telecom companies are able to snatch up many of the most talented Azeris, Azerbaijan has made tremendous strides over the past few years. Azeri entrepreneurs now face the challenge of turning all the disparate government-created parts into a functioning and unified tech sector, a large but certainly not insurmountable challenge.

Ben Fischberg is an investment banker at Bank of America Merrill Lynch, where he focuses on the technology sector. His interest in off-the-beaten-path tech hubs and overlooked tech companies has motivated him to live in Rwanda and Azerbaijan. Prior to advising technology companies, he ran Hesperus Enterprises, an analytics startup. Now living in New York, Ben continues to work with tech companies in the developing world. Ben can be reached at benjaminfischberg@gmail.com, and you can follow him on Twitter @benfischberg.