So, what took so long?

I spent nearly an hour talking with D&D brand director Nathan Stewart and Dan Tudge, the president of Sword Coast Legends studio N-Space, earlier this week about this new effort. In this GamesBeat exclusive video-call interview, I learned how Wizards of the Coast is becoming a video game publisher, how Atari and D&D haven’t mixed well in recent years, the races and classes available at launch, being a dungeon master in multiplayer, and how this game is a sort of “digital boxed set” for future D&D adventures.

Well met, PC role-playing game fans, and welcome back to the Realms. 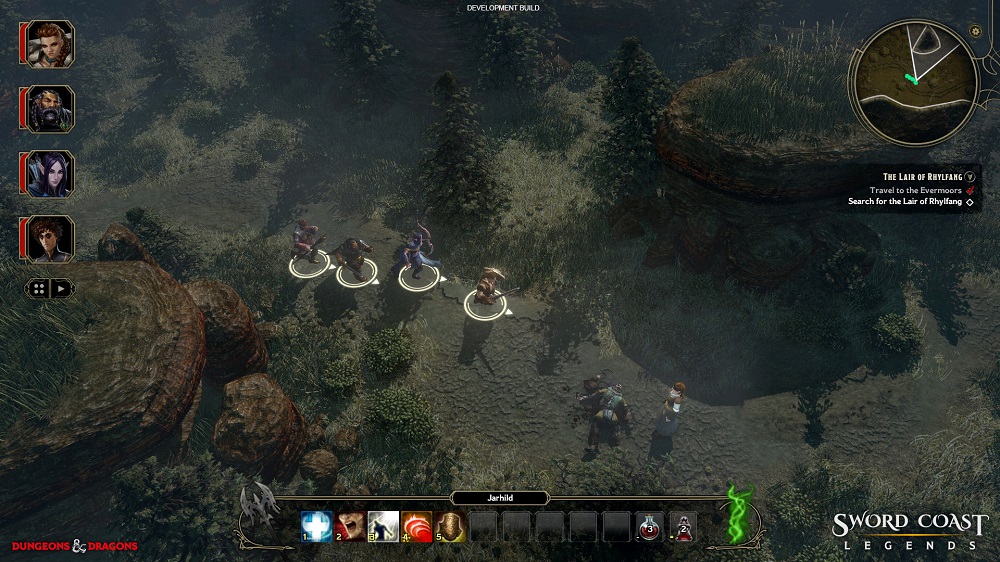 GamesBeat: Why has it taken so long for us to have a party-based D&D game for the PC? The last real one was in 2008.

Nathan Stewart: The obvious answer is because it took Dan Tudge this long to pitch an awesome game to me. I could blame it on him.

The fact of the matter is that for a long time, we had our video game publishing rights in a long-term agreement with Atari. Its publishing strategy for D&D games didn’t match my strategy exactly, but I’ve only been on the brand for three years. They brought me in at Wizards to run D&D, primarily because of my video game experience in the past. Right before I came on, they had ended their agreement, their relationship with Atari and said, we want to take the rights back. We want to manage this. We want to make the great D&D games we know our fans want. We don’t think that having someone else control our rights is the right way to do it.

We didn’t think Atari was doing the best job, so we were able to end that.

I say that all nice and fuzzy because I wasn’t in the middle of it, but the fact of the matter is there was litigation over the deal. This wasn’t the best ending of a relationship. But we got the rights back because we care about what the consumer experience is. What that means is that you have to be selective. You have to be picky about finding the right company, the right people at that company, the right concept. All those things have to marry together to bring this to fruition.

I hope this is OK to say, Dan — I don’t think this is crazy — but Dan can confirm that when they showed us the project and they were talking about this, Dan was just kind of coming on board with N-Space. I talked to him and said, look, I love this. I think this is awesome. But you’re a big part of it, Dan. I need to know that you’re not just jumping on or partially here. If I’m signing up for this, I’m signing up the full team. It has to be you as part of the equation. He said, yeah, that’s what we’re doing.

Dan Tudge: I agree wholeheartedly. There’s a lot to be said for these ideas brewing for quite a long time. Really, the timing was right for both parties to come together. What we really wanted to make was Sword Coast Legends. What Wizards really wanted to return to came into alignment a couple of years ago. To Nathan’s point, my answer was clear. This is a title that’s very dear to my heart. I definitely want to be part of it all the way through.

GamesBeat: Does this mean that Wizards of the Coast is a video game publisher now?

Stewart: Actually, Wizards of the Coast has been an official video game publisher for years — see our Duels of the Planeswalker and Magic Online games.

A couple years ago, we also became the official publisher on all the digital D&D games Atari was previously publishing. As the brand steward and owner of the D&D [intellectual property], Wizards of the Coast is the licenser for Sword Coast Legends. However, we very excitedly treat Sword Coast Legends as one of our own games and embrace N-Space as part of our family. N-Space approached us about bringing this game to market more than two years ago, and we’ve worked closely ever since, but N-Space and Digital Extremes are handling all of the development and publishing efforts. WotC’s focus is on telling the entire D&D fan base great stories in the Forgotten Realms and finding the best partners to deliver those stories to fans. 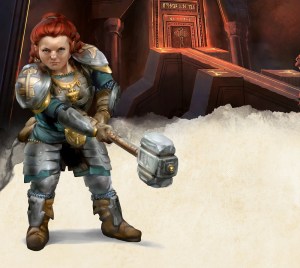 GamesBeat: From what I understand, you’ll have five races in the game. Is that elf, dwarf, human, gnome, and halfling?

GamesBeat: Why not all the other basic races from the Player’s Handbook?

Tudge: We’re a small, nimble team. We’re heavily focused on quality. For us it’s very important to have discipline with that scope. We looked at all the races. We wanted to do all of them. We wanted to do all the classes as well. But we had to be smart with the scope we chose and make sure we did a good job with those. We fully intend to get to all the other races, but we’ll probably do that post-release.

Like I was mentioning previously, my wife plays a tabletop campaign with me. She’s enjoying playing this with me as well. She always plays a tiefling, so if my wife wants it, you can be pretty confident that you’re going to get it.

Stewart: That’s one of the reasons — this exemplifies one of the reasons these guys are great partners for us. This process of determining how and what and how much, we have the exact same thing with the Player’s Handbook and Monster Manual and so on. There’s stuff we’ve left out because we’re really focused on quality. Maybe we have more races in our Player’s Handbook than in the base game, but we left stuff out as well, knowing that we can add it on when we have it at the quality level we want. It also makes thematic, story sense. We’ll be talking together and saying, hey, for this story, we’ll be working together on bringing to life this race or class that’s really important. That helps prioritize how they determine their additional classes and races as well.

Tudge: We’re really in lockstep with a lot of what Wizards is doing. We want to make sure that not only do we bring those additional races and classes, but that they’re brought out at a time that makes sense for what’s going on within the overall D&D brand. 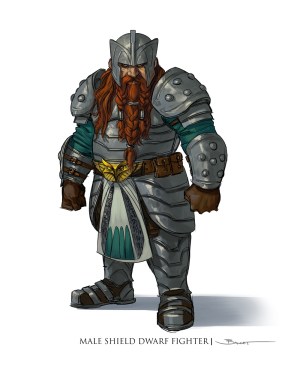 Above: This dwarf frowns at the very thought of excluding him and his fighter brethren from Sword Coast Legends.

GamesBeat: What are the six classes going to be?

Tudge: There’s no druid right off. You have fighter, cleric, rogue, wizard, ranger, and paladin. We’ll absolutely add other classes later on. It boils down, like in the previous question, to focusing on quality and making sure that what we include is very deep and polished. We’re focusing on those. We do obviously want to play, personally, all those other classes as well. We’ll make sure that, as we move on, we add those. Like Nathan mentioned, we’re also making sure that they’re brought in in a way that makes sense. Take barbarian for example. I’m sure you can use your imagination to guess what kind of content would go well with the barbarian class being introduced.

Stewart: You could also take that same thought process and think, ranger, yes, that’s very important for some of our iconic characters. We’d like you to make sure you get ranger in at the beginning, Dan.

GamesBeat: Does the nature of digital publishing these days make it easier to make those adjustments and additions instead of doing something like a blown-out expansion?

Tudge: Absolutely. The fact that we can work directly with Wizards and very closely with the players themselves, with the community, has really empowered us to make wise decisions and competent decisions.

I don’t want to bash the big publishers, but often, when you get a big publisher in the mix there, often their goals don’t necessarily match with what the consumer or the developer wants. By being close to the metal, so to speak, we’re able to work with Wizards and make decisions that are really good for the players.

GamesBeat: The Sword Coast, that’s a huge expanse of territory. Does this also include the Sword Coast North?

Tudge: Oh, you differentiate between the two? Yes, there are portions of the Sword Coast North that we’re visiting.