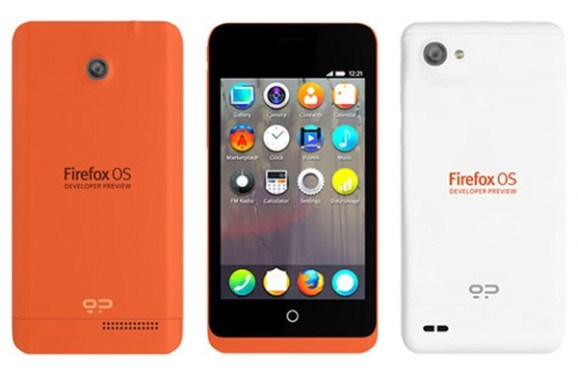 BARCELONA, Spain — In a bid to make its Firefox OS Phones relevant, Mozilla today announced that it will collaborate with a group of telecom partners on a new class of phones for people who haven’t joined the smartphone revolution yet.

The partners will develop phones for first-time buyers, primarily in developing markets, that look like the flips and sliders of yore, but also offer limited ability to run apps, play music, take pictures, and browse the Web like a very basic smartphone.

“By leveraging Firefox OS and the power of the Web, we are re-imagining and providing a modern platform for entry-level phones,” said Li Gong, president of Mozilla, in a press release.

The announcement came on the eve of the Barcelona Mobile World Congress, where more than 30,000 people will gather this week to see and hear about the latest news in mobile computing and communications. Mozilla is hoping to make a big splash at the event by holding a large press event tonight before the official show begins tomorrow.

The telecom carrier partners announced by Mozilla today include Japan’s KDDI, LG U+, Spain’s Telefónica, and Verizon Wireless. The group’s stated goal is to “create a more intuitive and easy-to-use experience (powered by Firefox OS) for consumers around the world,” according to the release.

Targeting new consumers in emerging markets makes sense, and in fact serving the next 1 billion smartphone users is a big theme at MWC this year. However, the phones that result from this project won’t be on the market until 2016.

In the meantime, those same first-time users will be targeted with low-cost Android phones. Microsoft, with its acquisition of Nokia, is also hoping to focus on emerging markets to claw its way back into the smartphone market.

Microsoft and Mozilla, as well as Blackberry, all face the daunting task of making the case that they offer a third choice in terms of a mobile OS that the world needs. Android and iOS account for 97 percent of market share, a virtual hammerlock.

Mozilla’s argument is that Firefox OS Phones are more open than Android, which is also an open platform, though controlled to a large degree by Google. Whether that distinction matters to consumers remains to be seen.

But for Mozilla, that message is in keeping with its long history of advocating for a more open Web. For many years, that mission was defined by the Firefox browser, which was once revolutionary but has been in decline after being eclipsed by Google’s Chrome browser in terms of marketshare.

As a result, Mozilla is in search of other areas to carry forward its open Web mission, including mobile. In addition to the new partnerships, Mozilla issued a second release today that tried to make the case that Firefox OS was gaining some traction.

Mozilla said it would now have Firefox OS partners in more than 40 markets in the next year on a total of 17 smartphones. In addition, Mozilla noted that Firefox OS was powering a range of devices, from smartphones all the way up to 4K televisions.

And Mozilla said it would be rolling out improvements to Firefox OS throughout the year.

Finally, Mozilla also introduced a beta version of Webmaker, an app that it says will make it easier for anyone to create content for mobile devices.

“Two years ago Firefox OS was a promise,” Li said in press release. “Today, at MWC 2015, we celebrate dozens of successful device launches across continents, adoption of Firefox OS beyond mobile, as well as growing interest and innovation around the only truly open mobile platform.”