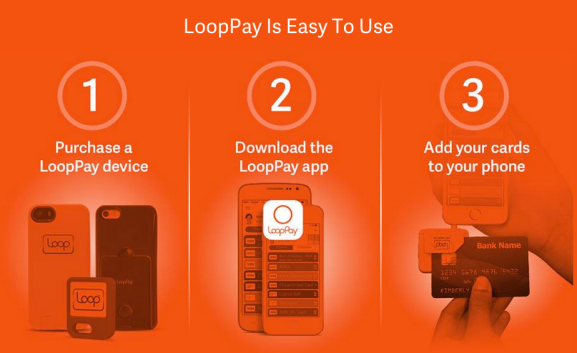 The new Samsung Pay will likely be built upon the technology it bought with its recent acquisition of LoopPay.

BARCELONA, Spain — As has been written numerous times here, only five to ten percent of the merchants in the U.S. can accept contactless payments today.

But almost all of them can accept magnetic strip cards. Samsung’s new Samsung Pay service, which will go live this summer, will work with magnetic strip payment terminals. Apple Pay and Google’s Android Pay, on the other hand, can talk only to terminals that use contactless near field communication (NFC) technology.

Merchants will still have to pay the 2-3 percent interchange fees charged by credit card issuing banks, but at least they won’t have to invest in new NFC point of sale systems.

“To date, mobile wallets have had extremely low acceptance with merchants utilizing conventional magstripe terminals,” the company said in a statement today. “With Samsung Pay, consumers can now utilize their mobile devices to pay at existing point-of-sale terminals.”

Samsung Pay is built upon the technology Samsung acquired in its recent acquisition of Massachusetts-based mobile payments app developer LoopPay. LoopPay developed the software that made magnetic strip point of sale devices compatible with mobile devices.

Samsung says it has partnered with MasterCard and Visa and other payment networks to make sure all cards work at all locations. Samsung says it’s now working on deals to support American Express, Bank of America, Citi, JPMorgan Chase, and U.S. Bank, too.

“We are committed to making interactions easier in the financial lives of our customers,” said Bank of America CEO Brian Moynihan in a statement. “Samsung Pay is another significant move in that direction for our 17 million mobile customers.”

It should be clear that despite the partnerships Apple Pay has struck with banks and credit card companies, there’s no loyalty or exclusivity there. Financial institutions want to work with as many reliable and secure mobile payments platforms as possible, to reach as many consumers as possible.

Samsung Pay is just the most recent example.

Samsung Pay will come pre-loaded on Samsung phones, including the new Galaxy S6 and S6 Edge, beginning this summer.

Adding a card to the phone requires a few simple steps. To wake up the payment system, the user swipes upward on the phone screen. They then select the card they want to use and authenticate the payment using the fingerprint sensor.

Like Apple Pay, Samsung Pay does not keep personal account numbers on the phone. Also like Apple Pay, it uses tokenization, which assigns a unique ID to each transaction. That ID is immediately discarded after one use.

Samsung says the new system is backed up by its own mobile security platform (Samsung KNOX), as well as ARM TrustZone, to protect transaction information from fraud and data attacks.