Supersonic specializes in in-app monetization and user acquisition for mobile apps and games. And the company has seen skyrocketing growth for its rewarded video ads in 2015.

Gil Shoham, chief executive of San Francisco-based Supersonic, said in an interview with GamesBeat that more and more brands are sponsoring video ads that reward players with valuable gear in their favorite apps. And these ads are particularly effective. Click-through rates for the rewarded videos are around 20 to 35 percent, according to Supersonic. Finding such alternative monetization opportunities to direct in-app purchases is increasingly important in the highly competitive mobile-game business, where a million other rivals are competing for $30 billion in worldwide mobile-game revenues.

The video ads — which are provided by a number of big mobile ad networks on Supersonic’s platform — are a good way to keep people engaged, and a great way for developers to drive revenue, said Shoham. They work because the ads are targeted toward the interests of the gamer or app user. The video ads also spur more conversation between non-paying and paying users.

The company is making the announcement about the popularity of the opt-in rewarded videos at the Game Developers Conference this week in San Francisco. The growth has enabled Supersonic to triple its revenues every year, and grow to more than 200 employees.

Supersonic’s rewarded video platform is being used by publishers such as Electronic Arts, Kongregate, Gree, Pocket Gems, Pretty Simple, Social Point, and DeNA. At GDC, Supersonic’s booth will feature indie game developers showcasing their titles. It will rotate and developers will show off the games for an hour or two at a time.

I caught up with Shoham at our VentureBeat Mobile Summit event last week in Sausalito, Calif. We talked about rewarded video as well as the overall state of the mobile-game industry. Here’s an edited transcript of our interview. 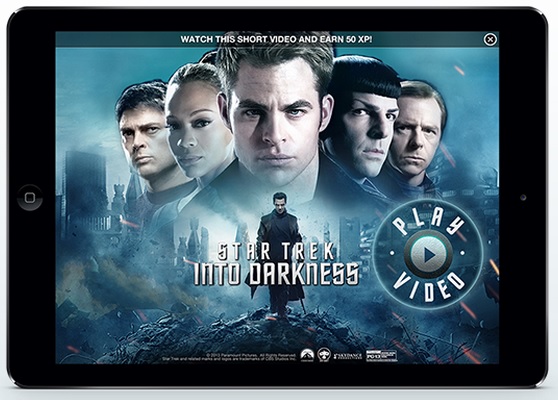 Above: Rewarded video from Supersonic gives rewards to people who view video ads.

GamesBeat: Please give us a recap about Supersonic.

Gil Shoham: Supersonic is a monetization and marketing platform for mobile-app developers. Our main focus is on the gaming space. Most of our clients are in gaming, perhaps 65 or 70 percent. They’re publishers and advertisers or game developers. On the publisher side, around 70 percent are in gaming, and the rest are mainly social networking, messaging, and dating. We help publishers monetize by running ads and helping them support their apps on the monetization side. The advertisers are advertising on the platform.

We have a supply-side platform that works with large publishers like EA, one of our biggest clients. It’s software that helps them manage the different integrations of monetization in their apps. Instead of plugging in multiple ad networks, each one with its own SDK and integration, we try to make it very simple by creating one layer, where you plug in all the different demand sources and ad networks. It eases integration and creates yield optimization. It’ll decide how to auction to each network based on performance. It’s a bidding war for each user and each impression. It’s a bit like Rubicon Project in the desktop world, or even DoubleClick, for the mobile-app economy, with a very specific focus on gaming.

The biggest ad format for us is video — some video interstitials, which can be a pop-up with a video, but mainly reward-based video. The users can earn credits in an EA app, like Tetris or Bejeweled Blitz, to progress in the game if they watch a video ad. These videos can be brands — a trailer for a film, anything — but mainly it’s app trailers, a video for another game. You get a reward if you watch the video, and then you can install the app, although that’s not rewarded. You can explore other apps.

GamesBeat: Are companies like AdColony going to be your partners or your rivals?

Shoham: They’re partners. Well, it’s a mix. Part of our business is that we have our own ad network as well, which is baked into the platform. It’s built for publishers that start with one integration, to add monetization from day one. Then they’ll add AdColony. All these guys are supported by our platform. Just for transparency, there’s a level playing field for everyone. It’s two platforms in one — the ad network and the supply-side platform. 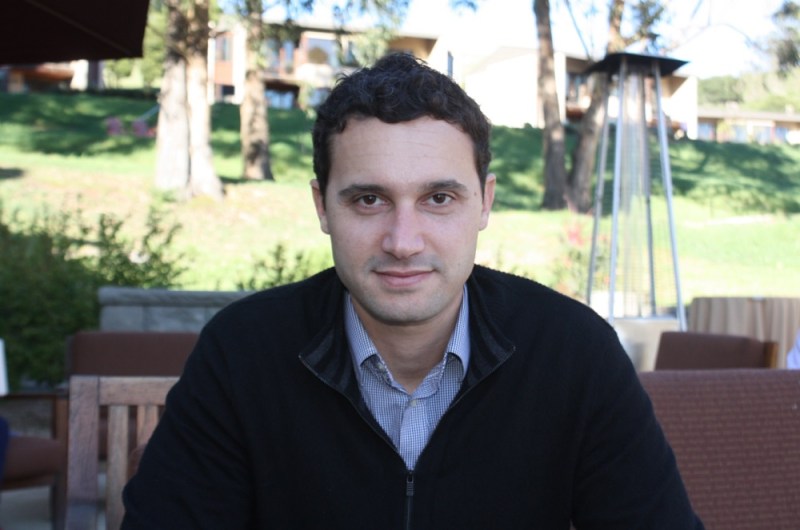 Above: Gil Shoham, CEO of Supersonic.

GamesBeat: A year or two years ago, how big a part of your business was that?

Shoham: We started on Facebook, on desktop. Our first partners were gaming-app developers on Facebook. Zynga was a client back then. They still are today. Same with EA. At some point, that business plateaued. We also had a direct partnership with Facebook to do one of their exclusive monetization partners.

Two and a half years ago, we migrated and totally transitioned from desktop to mobile. Our mobile business is just under three years old. We’re growing very quickly. We’re tripling our revenue every year. Today, we’re nearly 200 employees. We’re backed by Greylock Partners in Israel and also by SAIF Partners, which is a VC in Beijing. The company is profitable and growing fast.

Our main focus is on video. We’re trying to become the largest in-app video supply-side platform, competing with DoubleClick and other players.

GamesBeat: Where do you feel the opportunities are right now?

Shoham: Hugely in gaming. More and more game developers understand that utilizing video as a way to monetize [their] users is a safe route to take as far as the user experience. The experience is opt-in. The user isn’t forced to watch a video. The completion rates are very high. There’s no churn, no negative impact, because of the positive rewarding experience. We’re seeing a lot of publishers work with us, like these companies I mentioned, that are rolling out new apps or advertising new apps. Just from existing partners in gaming, we’re growing very fast.

New segments are mainly social networking and text messaging apps. They’re implementing credit systems or freemium models, which [lean] toward this type of advertising as well.