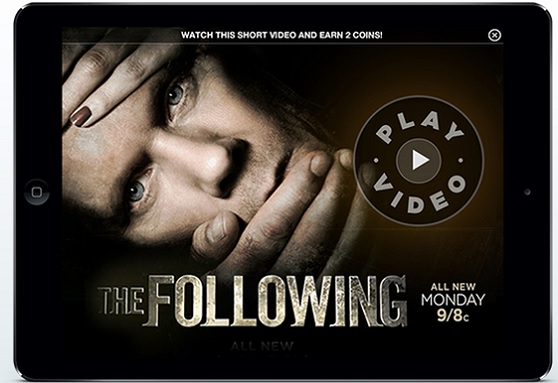 Above: An example of Supersonic’s rewarded video.

GamesBeat: Which territories offer you the best opportunities?

Shoham: For us, the U.S. and Europe are the biggest territories. The U.S. is a third of our business and Europe is a bit more than a third. We started in Europe. I was based in London for three years. The next territory that’s growing for us is China. Our office in Beijing is working with local developers, mainly those that are trying to localize their apps for the U.S. and Europe. It’s an interesting trend now. Big publishers, companies like Tencent and Baidu, are building apps and trying to localize them for other markets. We’re helping them grow their business and monetize well.

GamesBeat: People have talked about this stage as the beginning of mobile gaming. But we’ve also seen a bit of a slowdown. Tim Merel [founder of Digi-Capital] pushed out his forecast one year for when the worldwide game business reaches $100 billion. What’s your outlook? Are things growing as far as you can see them, or do you have some concern that you’re going to hit a wall and slow down?

Shoham: Obviously, it’s still growing very fast, but it’s also becoming much more competitive, which is a huge challenge. It’s becoming much harder to promote your apps on iOS and Android, mainly on iOS. It’s becoming more expensive to advertise on platforms like Facebook. The more time goes by, the inherent advantage the big players have is growing. That’s where what I call the third-party ecosystem — companies like Supersonic — is important. We help developers monetize and acquire new users in innovative ways.

The biggest [threats] to this growth [are] the platforms themselves, Android and iOS trying to control more of the monetization. All the payments are going through them and all of the promotion as well. That’s slowing down growth, unfortunately. 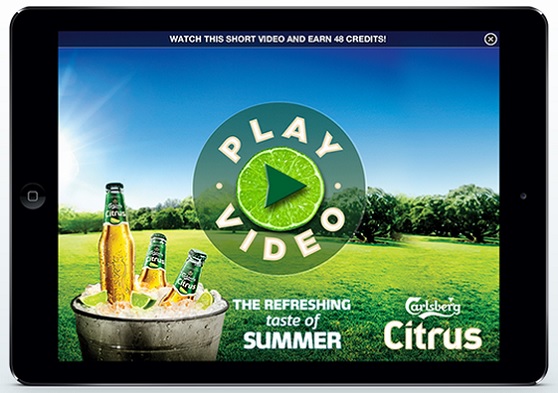 Above: Another example of Supersonic’s rewarded video.

GamesBeat: It’s interesting to see changes like that still happening.

Shoham: The biggest change is that indie developers are struggling now. It’s harder for them to break through very quickly like they could two years ago. That has an impact on the quality of content and the growth of the ecosystem.

GamesBeat: When you see breakthroughs, somebody mentioned that maybe they’re sharper and shorter now. Trivia Crack is a great game right now, but who knows how long that can last?

Shoham: It’s very hard to stay. You need more resources to be able to stay up in the charts.

GamesBeat: As far as competition goes, is there any change on that front? You have global competition. Some companies are coming out of China itself.

Shoham: Yeah, it’s becoming more and more competitive. It’s a very lucrative space. The biggest [threats are] actually the desktop platforms, like Rubicon or Rocket Fuel. These guys are not yet in the app space at all, but they know they have to be there. They’re starting to make acquisitions and invest more in that direction. We’re seeing a lot of competition coming from these companies. Google as well and DoubleClick.

GamesBeat: Have you seen any companies in your space fail? What mistakes do they make?

Shoham: We’ve seen a lot of companies in the last five years. Supersonic has been running for five and a half years, while some other companies are no longer around. There are different reasons. One is taking too much risk with a platform’s policy. Push-notification companies don’t exist anymore, because that was [ruled out] by Google and Apple. Another reason is the need to innovate all the time. At some point, if you stop innovating, the big players like Google, Facebook, Apple, and Twitter start doing what you’re doing. You need to think about the next thing — the next ad format, or how to utilize data in an innovative way. What’s going to give you the advantage in the next few years? That’s important.

GamesBeat: I hear different pitches about people trying to do things like improve retention. I wonder whether you guys would experiment in some of these places, just because it’s a new opportunity.

Shoham: We have to. We’re mainly experimenting and innovating in video now. We’re trying to focus because we see a huge opportunity there. But you have to try new things all the time and push the envelope within the platform as much as you can.

Shoham: We experimented with those a few times. For now, it’s not working as well as video. We’re probably going to do a test that combines a video and an interactive ad. You’ll watch a trailer for the app and then you can interact with it, creating a mini-experience of the gameplay within the ad unit. It’s very heavy. The SDK is not light. We always pre-cache the video assets before it plays, so it doesn’t buffer. You hit play, and it runs immediately. To pre-cache a game is a problem. It’s going to take over your bandwidth. The publishers don’t like that. Meanwhile, if you buffer, the user doesn’t like that because the experience isn’t good. That’s mainly the problem. 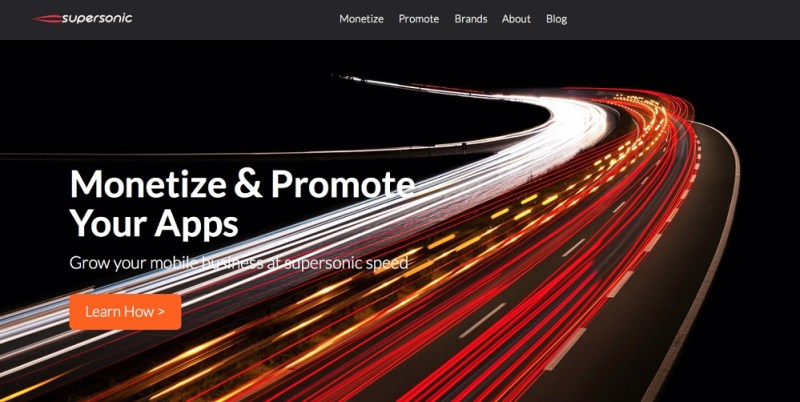 Above: Supersonic specializes in in-app monetization and user acquisition for mobile apps and games.

GamesBeat: What insight do you get from all the data you collect?

Shoham: We’re still mainly focusing on the gaming ecosystem, so we’re trying to collect data on device IDs that help us forecast what a user is going to like in terms of gameplay — what type of games and what type of apps.

We get four channels, four ways that we collect data. The first is from the publishers themselves. A lot of our publishers, as part of our SSP optimization, they share age, gender, the genre of the app, if the user is or is not a paid user, and their level of engagement on a scale they share with us. That helps us optimize the different networks that are plugged in to that publisher.

The second is our SDK. One-hundred percent of our supply comes from our SDK, integrated into apps. Through the SDK, you can see location, the type of device, whether they’re on wi-fi or 3G, the size of the screen, and so on.

The third is advertiser data. Advertisers share what happens after an install. For instance, if the user watches an ad, clicks on it, and installs an app, what is the funnel that happens after that? If the user is engaging with the app — it can be a travel app, a game, whatever — how many levels are they crossing? How well did that work? That helps us perfect the quality of the device ID data we have.

The fourth, which is still small, is third parties. We’re buying data from DMPs, from data platforms. But these guys are still behind compared to the data we gather ourselves.