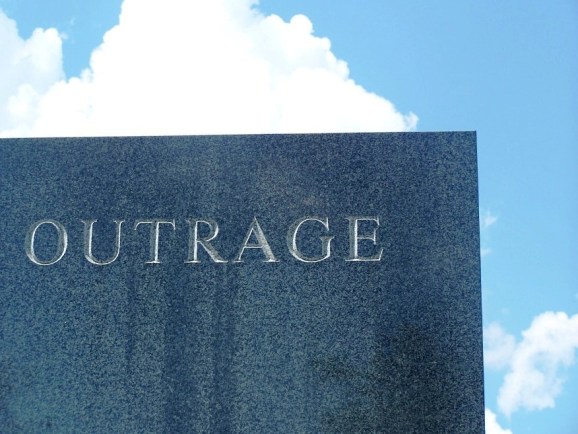 I’ve wanted to write about this topic for some time but shied away because, as a man, I knew that whatever I had to say would be dismissed and I would likely be attacked.

In the interest of keeping this on point, let me state clearly that I am obviously not a woman and therefore cannot and do not fully understand what it’s like to be a woman, in tech or elsewhere. Also, in no way am I denying the existence of sexism or discrimination.

My point is singular: Is the constant outrage about the conditions for women in tech helping or hurting the cause?

I believe the outrage, and the fact that the angriest and most outrageous voices so often represent the cause, is extremely damaging. How does attacking men or posting angry stories of every slight help further the goals of making tech a more welcoming place for women?

And what are these angry proponents actually doing other than launching online attacks? What actions are they taking beyond expressing their rage on social media?  In most cases, the vitriol is pushing people away from the cause.

To understand why the constant outrage is damaging, consider how people behave in politics. I’m a party-line Democrat and I would like nothing more than to see the electorate go blue. But when I see the endless complaints from my friends about every cop who stepped out of line, and every tone-deaf millionaire, and how Obama hasn’t done enough for the LGBTQ community, and how football is ruining America, I just want to tell them to shut up because they’re driving people into the arms of the GOP. I’m not denying problems exist and I’m still a Democrat, but if a party-line voter like me is sick of the bellyaching, I’m pretty sure the endless complaining is driving away moderates, moderates who would be allies, resulting in lost elections and impairing actual progress.

Speaking of allies, I believe the outraged are also hurting the cause by attacking everyone they deem imperfect.

Allow me to give you an example from my own experience. I run a business, 50 Kings, that is essentially a private adventure club for entrepreneurs and VCs. I actively recruit women, and I feel confident in saying that the women who have attended have had very positive experiences. But instead of considering my actions, I’ve been repeatedly attacked because the name of the business contains the word “Kings.” I admit it’s probably a poorly chosen name, but changing it really isn’t an option five years in. And ultimately, who is doing more to further the cause of women in tech — someone who’s actively recruiting women to participate in an event with other successful entrepreneurs and investors, or the outraged women attacking me over a name they don’t like?

Finally, consider how the vitriol has drowned out more reasonable discourse and dictated what can be said and who is allowed to engage on this issue. Two days ago when I sat down to write this week’s column I was leaning toward shelving this topic for something safer. What convinced me to do it was my friend Tara Tiger Brown telling me, “The thing is, we are letting people like (redacted) decide what we can and can’t talk about and that’s bullshit.”

Consider that I’ve waited over a year hoping someone else would write this first and bear the brunt of the inevitable backlash. How many other people are afraid of saying something, or doing something, because they know that even with the best intentions they’ll have to face the attacks and accusations of those who claim to be speaking for the feminist cause?

My only point is that the constant outrage over every slight and the hijacking of the conversation by the angriest voices is most likely counterproductive to furthering the goal of creating a more welcoming environment for women in the technology industry.