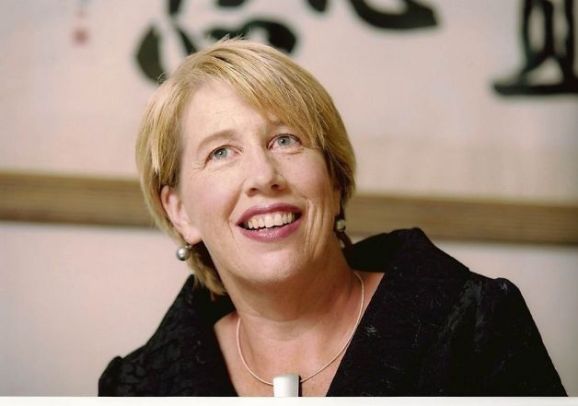 Mary Lou Jepsen, who has been head of Google X’s display division since 2012, has left to join the maker of another high-tech set of eyewear: Oculus VR.

Jepsen’s career has revolved around taking what she calls “moonshots.” During her tenure at Google X, she worked on two such efforts, including Google Glass. While at the company, she reported directly to cofounder Sergey Brin.

Although an Oculus spokesperson would not elaborate on what Jepsen will be doing at the Facebook-owned virtual-reality technology developer, it’s a safe bet it’s something high-level and strategic. In her past, which included a stint as one of the very first group of students at the MIT Media Lab, and later a professorship there, she was the cofounder and CTO of the One Laptop Per Child project. That project aimed to make laptops available to children for about $100 each.

Her work also led her to be named one of the “Time 100” in 2008, essentially ranking her among the hundred most influential people on the planet, as well as being listed as one of the 50 greatest female computer scientists of all time by the Anita Borg Institute.

According to Time, she was the co-creator of the world’s first holographic video system, in 1989.

Her penchant for taking moonshots may be a coincidence, but Jepsen was also a NASA fellow from 1992 to 1994, during which time she designed a new anti-glare illumination system for the space shuttle, according to her resume.

Over her last couple of years at Google, Jepsen was involved in building the company’s follow-up to Google Glass. However, it’s not yet known what that is.

Jepsen’s joining Oculus makes a lot of sense, given her long history with display technology. In addition to work at the MIT Media Lab, Google X, and now Oculus, she also was founder, CTO, CEO, and then board member of Pixel Qi, a company whose “mission is to catalyze the massive LCD manufacturing industry to faster innovation via the first truly fab­less effort in the industry.”

Her hiring was first reported by GigaOm.