BARCELONA, Spain — They say that sometimes the most successful products are the most boring ones.

That may (or may not) end up being the case with the apps IBM and Apple are creating together for the enterprise as part of their “MobileFirst for iOS” initiative. The two companies debuted three of the apps today here at Mobile World Congress.

There’s one for airline customer service workers, another for retailers, and yet another one for wealth managers.

All are designed to run on iPads and iPhones. Apple is hoping that the apps might give enterprises a good reason to buy more Apple hardware.

The first app IBM showed today is called Passenger Care. It’s aimed at airline industry people like flight attendants and customer service agents. The app contains all kinds of passenger, schedule, and airport information. It also helps in the event of a flight delay to get passengers rerouted, for example. 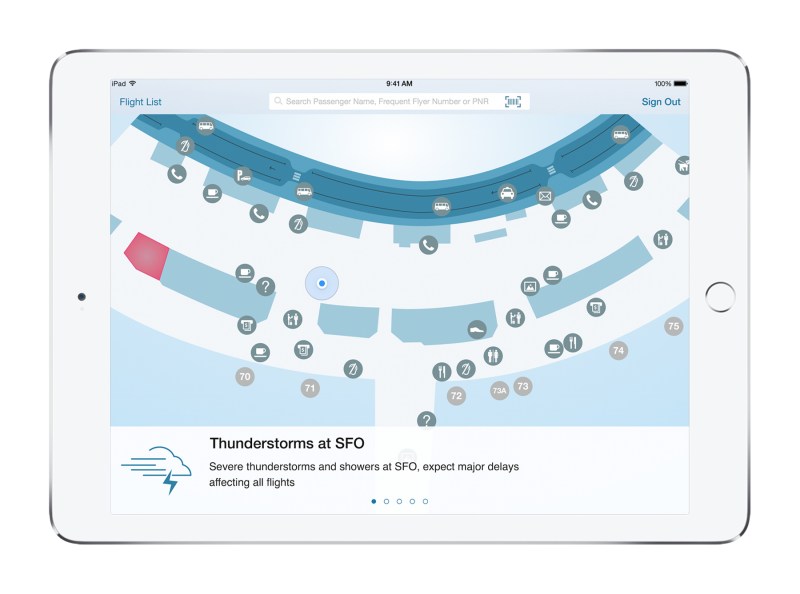 Another app, Dynamic Buy, is for retailers. It shows a bevy of analytics about the product flow from suppliers. It also provides data on what products are selling most, which are selling worst, and the revenue and profit levels that result. 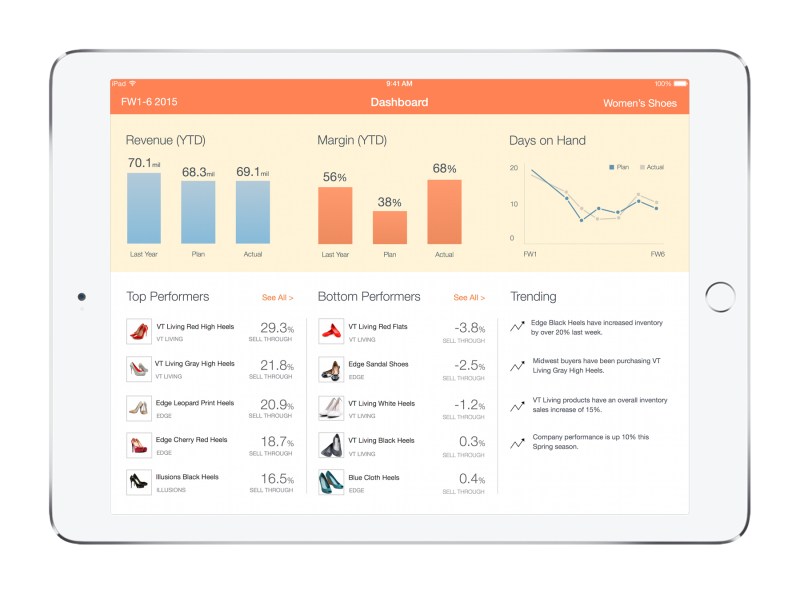 Advisor Alerts is for wealth advisors to understand and prioritize tasks for various accounts. An account that manages more assets might get more immediate service than other accounts, for example.

The app gives the advisor a customer’s wealth level, how long they’ve been a client, and how profitable the client has been. The app brings in content from the CRM system. 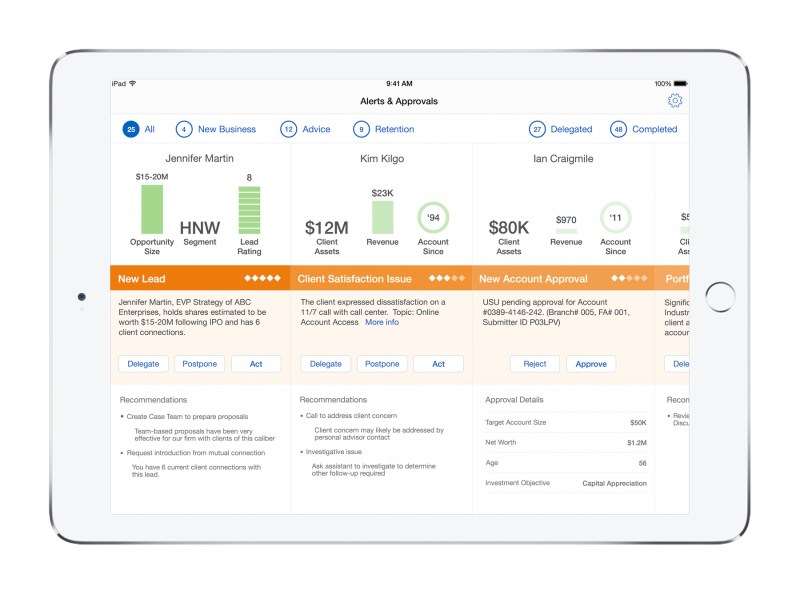 IBM pointed out that the apps it’s building with Apple are deeply integrated with the back-end systems in the enterprise. Integrating the apps with enterprise systems is IBM’s main role in the partnership. Apple, apparently, mainly brings the clean app design to the party.

Each of the apps IBM and Apple will build will see a different manifestation, depending on the company that’s implementing them, IBM says. That is, the apps will be customized to a certain extent for each client.

Apple and IBM have now launched 14 apps, IBM says. IBM says it wants to build 100 apps with Apple in the first year of the partnership.