The phones ship with Windows Phone 8.1, but can be upgraded to the Windows 10 OS when it becomes available later this year. Microsoft demonstrated the features of Windows 10 publicly for the first time here in Barcelona.

The new phones are powered by a Qualcomm Snapdragon processor — a quad-core CPU running at 1.2GHz. They also offer plenty of onboard memory — 1GB.

Both the new phones have LTE radios inside, and dual-SIM models are available, Microsoft said.

Windows 10 will add new universal apps like Office, Mail and Calendar, and Photos, as well as Skype messaging to Microsoft phones. The new OS will also offer a newly designed web browser and broader use of the Cortana personal assistant. 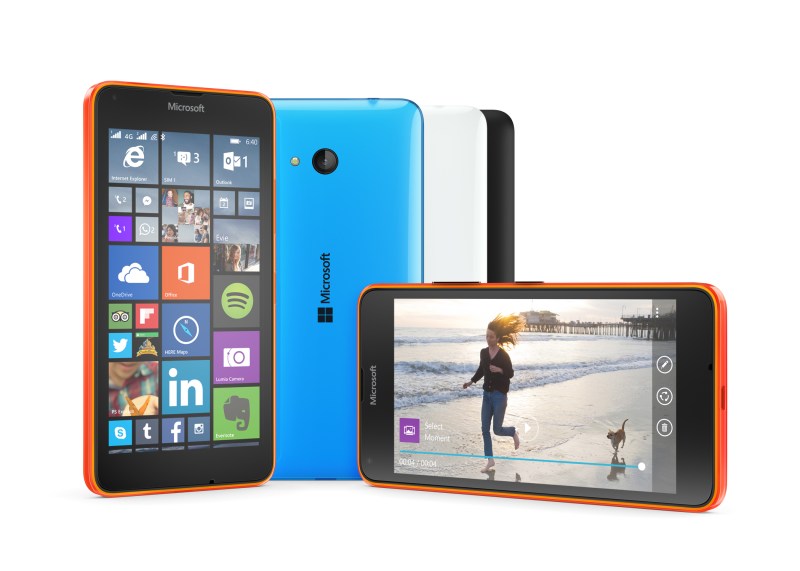 The Lumia 640 and Lumia 640 XL also come with a one-year subscription to Office 365 Personal, which includes the Word, Excel, PowerPoint, Outlook and OneNote productivity apps. The phones also come with 1TB of OneDrive storage and 60 free minutes of Skype calling (worldwide, unlimited, with exceptions).

The Lumia 640 XL will begin rolling out globally in March, in matte cyan, orange, white, and black, and glossy white colors.

The Lumia 640 comes out in April and will be available in glossy cyan, orange, and white colors, as well as matte black.

Both the Lumia 640 and Lumia 640 XL will be available in single-SIM and dual-SIM LTE/3G variants.

The company, along with AT&T, also announced the AT&T Mobile Office Suite — a cloud-based, mobile collaboration apps and services suite for small- to medium-size businesses.