In a bid to be a bigger player in an estimated $30 billion industry, Warner Bros. Interactive Entertainment is announcing five ambitious mobile games that it will release in 2015 based on the Batman, DC Comics, Mortal Kombat, and Lego brands.

“Our mobile business has been a key priority for the company, and we are utilizing our incredibly talented internal development teams to create games with marquee franchises,” said David Haddad, executive vice president and general manager for Warner Bros. Interactive Entertainment, in a statement. “We’ve seen tremendous growth with our mobile business and expect to increase our market share by applying our best in class development, publishing and brand marketing to this impressive slate of games.”

The five new games are major efforts that reflect a lot of work at Warner’s internal mobile game studios. The company will show some of them at the Game Developers Conference this week in San Francisco. To date, Warner’s 25 mobile games have been downloaded more than 150 million times in the past four years.

That’s pretty good, but it’s far short of the leaders of mobile games, and works like this haven’t monetized as well as big hits like Clash of Clans from Supercell and Candy Crush Saga from King. 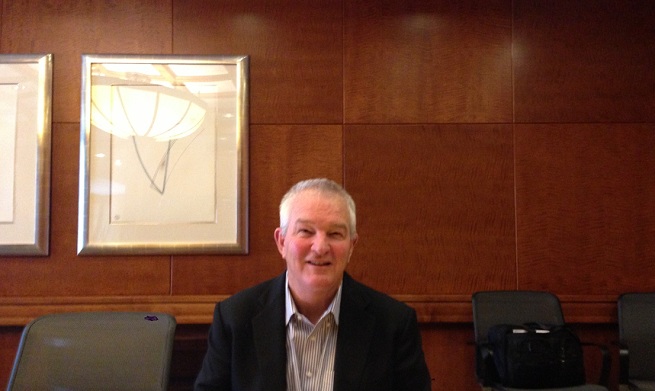 Warner Bros. has been making mobile games for about four years, partly through third-party developers such as Kabam. About two years ago, Warner Bros. stepped up its efforts by launching its own game studio in San Francisco. The charter is to take top entertainment franchises and brand marketing expertise to the cross-platform, free-to-play, and premium mobile gaming market.

The transition to mobile has not been fast. Warner had to wind down its social gaming business on Facebook.

Another challenge was the shift from premium games to free-to-play, where users play for free and buy virtual goods with real cash. To help with that, WBIE enlisted Turbine, the maker of free-to-play massively multiplayer online games like The Lord of the Rings Online for the PC, to make mobile titles in addition to online games.

Earlier this year, Warner Bros. launched a couple of recent mobile efforts: The Lego Movie Videogame and WWE Immortals. Since launching on Jan. 15, WWE Immortals has been downloaded more than 7 million times. And the Lego Movie game led to WBIE’s high-grossing launch week ever for a Lego mobile game.

During 2015, WBIE will focus the mobile business on a strong games-as-a-service model.

“In just four years, we have launched 25 games with more than 150 million installs worldwide across diverse fighting, strategy, puzzle and action adventure genres, and we will focus our business on a strong games-as-a-service model in 2015,” said Greg Ballard, senior vice president for mobile, social and emerging platforms at Warner Bros. Interactive Entertainment, in a statement. “Our line-up of strong titles will deliver deep player engagement, as well as innovation like console game connectivity with games including Mortal Kombat X and Batman: Arkham Underworld.”

Kabam has a huge hit with its The Hobbit: Kingdoms of Middle-earth under a licensing deal with WBIE. The mobile version of Injustice: Gods Among Us was downloaded more than 45 million times.

Brands are becoming more important in the mobile business, but it remains to be seen just how well mobile gamers will embrace them. Some console companies, like THQ and Electronic Arts, discovered that well-known brands alone don’t guarantee huge audiences during the last console cycle. THQ grew weaker as the iPhone and its free-to-play games changed how younger kids played.

By contrast, mobile gamers are just beginning to see the onset of brands in iOS and Android, particularly in mid-core games, or those that are aimed at hardcore gamers but can be played in short play sessions.

Many game companies are faltering because of the rising costs of user acquisition. But Warner traditionally doesn’t have to do much paid acquisition to get installs of some of its big games such as Injustice, largely because of the marketing associated with console launches or sometimes movies.