Although scientist Louise Leakey might like the whole world to be able to see her one-of-a-kind collection of East African human fossils and artifacts dating back 25 million years, there’s no way most people could ever get to her lab deep in the bush.

But thanks to Memento, a new tool from Autodesk, the world can experience Leakey’s work from the comfort of home.

Autodesk, one of the world’s largest makers of design software, has released Memento — which is designed to let almost anyone create 3D digital models of physical objects like sculptures, fossils, jewelry, and even buildings — and people like Leakey now have a way to share their work like never before.

Memento is a free cloud-based service meant to make it easy to take “reality-capture input” such as photographs or scans of objects, and stitch it together into a 3D model that can be used to create 3D prints or Web-based 3D imagery. Memento was previously available privately as part of Autodesk Labs. But now, the software is available to everyone as a free public beta. 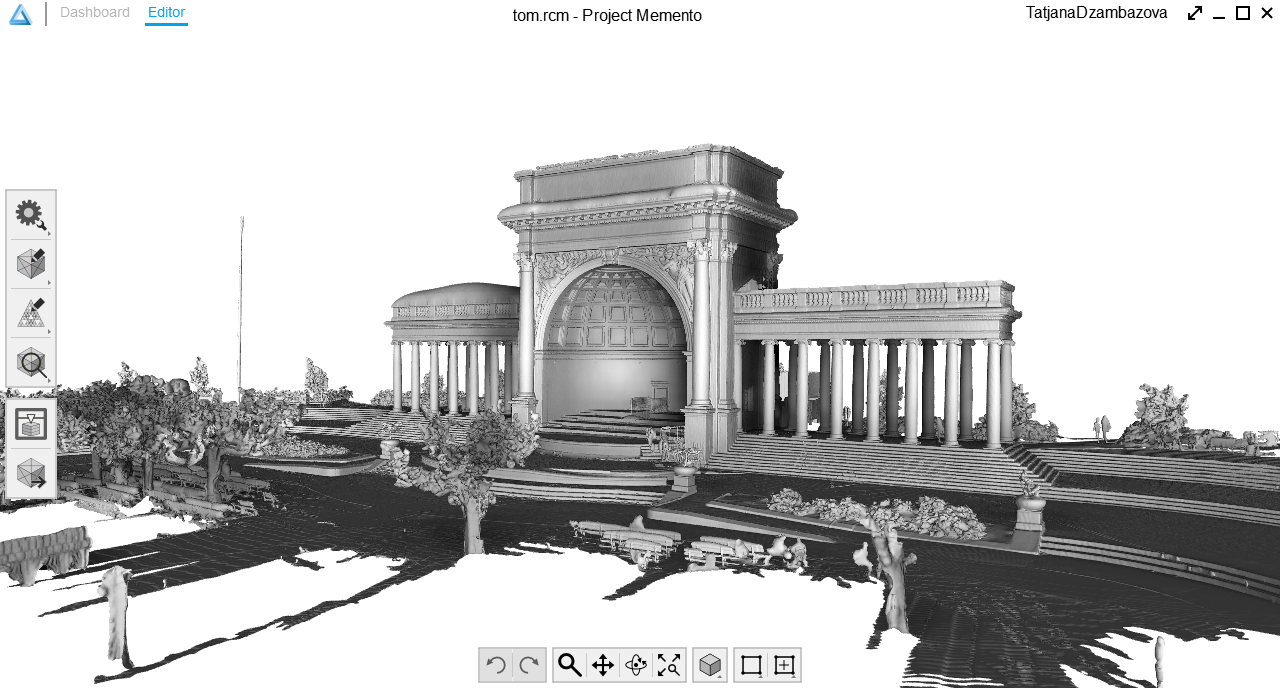 Above: Memento can be used to create 3D models of buildings, sculptures, fossils, and just about any other physical object.

Autodesk has built a $14.27 billion market cap with a wide variety of design tools aimed at everyone from the biggest companies to individual makers. Whether it’s helping contractors visualize giant construction projects or visual effects companies make Oscar-winning films, Autodesk is involved.

Now, as part of a new broad software initiative known as ReCap — for “reality capture” — the company is hoping to simplify the process of creating 3D models for everyone, from seasoned professional to first-timer.

With Memento, it is trying to attract a wide variety of users from industries like art and entertainment, science, manufacturing, and design who want the ability to create 3D models without having to use multiple tools to do so. In the past, the need to utilize multiple systems has been a bottleneck that made it impractical for many people, Autodesk argues.

Already, Leakey and many others have used Memento to take their real-world work and bring it into the digital realm. Visitors to Leakey’s website can get an up-close view, albeit a digital one, of many of her most impressive fossils, as well as take a virtual tour of her lab. Above: A 3D visualization of Louise Leakey’s famous African lab

Similarly, a nonprofit known at The Hydrous is using Memento to create 3D models of the world’s coral reefs in order to showcase the tenuous health of the underwater environment and how it’s changing over time.

In its own marketing of Memento, Autodesk is highlighting the tool’s utility for converting sculptures to 3D models. Those include a model of Bucephalus, Alexander the Great’s horse, or a number of other ancient artifacts, such as a model of Garuda, a mythical Indonesian bird.

Although Memento is said to be capable of handling deeply detailed imagery, it requires no CAD (computer-aided design) expertise to use. That means, Autodesk says, that the tool is accessible to just about anyone.