Apple’s iOS is claiming an increasing chunk of the enterprise market, while it also nabs most of the overall smartphone profits. Coupled with the fact that it “only” made $4 billion from its App Store business last year from a mammoth $180 billion-plus in revenue, then it’s perhaps not too surprising that the Cupertino-based tech titan pays its competition little mind when it comes to building out its app empire.

With the exception of music-streaming service Beats, which likely had too much traction in the U.S. when Apple acquired it to justify pulling the plug on the Android version, and the Chomp app-discovery engine that Apple acquired before swiftly binning the Android incarnation (and subsequently closing it altogether), Apple has steered clear of Android.

While Apple is a hardware business first and foremost, many non-Apple users would probably love to see Apple make the likes of GarageBand, iMovie, iTunes, iBooks, or even TestFlight (well, developers would) available for other mobile platforms. But it doesn’t.

The same can’t be said for the more software-focused companies such as Google and Microsoft, however, with both targeting the iOS fraternity with their wares. The latter caters for the Android realm too, and just last week Microsoft launched yet another Android app, Keyboard for Excel, delivering a keyboard “optimized for numbers.”

The favors aren’t always reciprocated, however, with Google no longer offering an official YouTube app for Windows Phone, for example, leaving Microsoft to develop a version for itself. And Apple likely would scoff at the notion of building anything for Windows Phone.

Though Microsoft strives to make much of its software available cross-platform, including Office and Outlook, Keyboard for Excel served as another reminder that it often creates applications for its competitors while ignoring its own mobile operating system. In fact, just today, Microsoft finally launched its Remote Desktop app for Windows Phone out of preview, having been available on Android and iOS since 2013.

So here’s a look at 10 Microsoft mobile apps that have yet to appear on Windows Phone.

Keyboard for Excel is an Android-only keyboard app that gives priority to operator keys on the keyboard, and also offers a 10-key digit layout for faster entry. 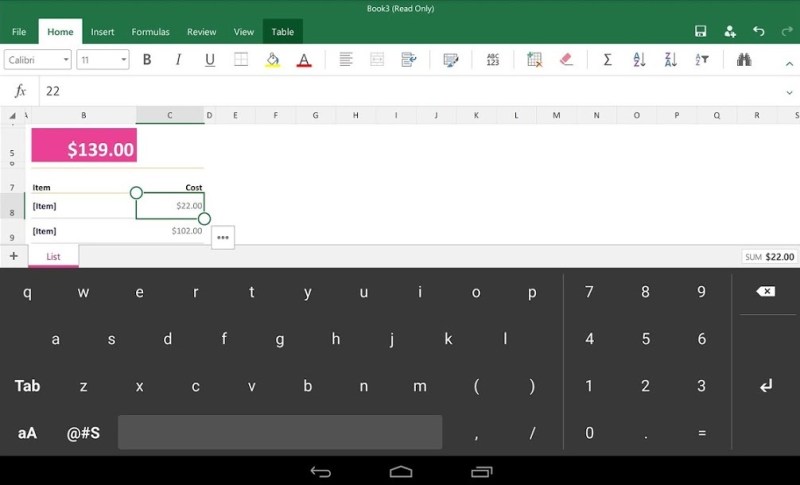 Above: Keyboard for Excel

Launched in August last year, Snipp3t is an iOS-only affair from the vaults of Microsoft Garage, Microsoft’s lab for experimental tinkering.

Snipp3t essentially gathers celebrity news from across the Web in a single, central place, and lets you keep tabs on your favorite actors, musicians, and more. 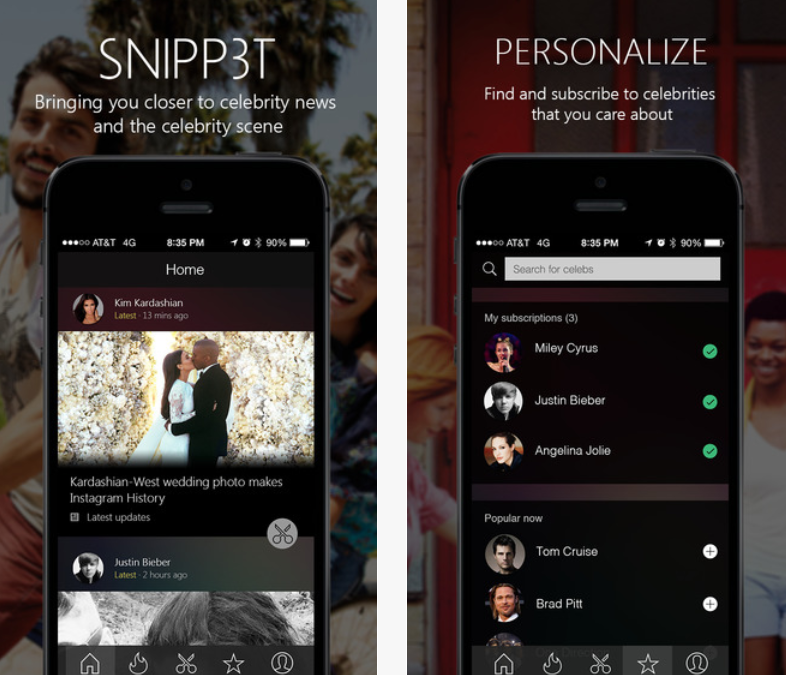 Launching initially in a limited number of markets in November 2014, Sway for iOS finally landed in the U.S. and other international markets in January. It’s also available for anyone to use via the web.

Sway automatically creates presentations out of a user’s text, pictures, and videos. It’s kind of like a souped-up version of PowerPoint, built purely with the cloud in mind. There’s no file-formats to contend with — just URLs, embeds, and other web-friendly sharing features. 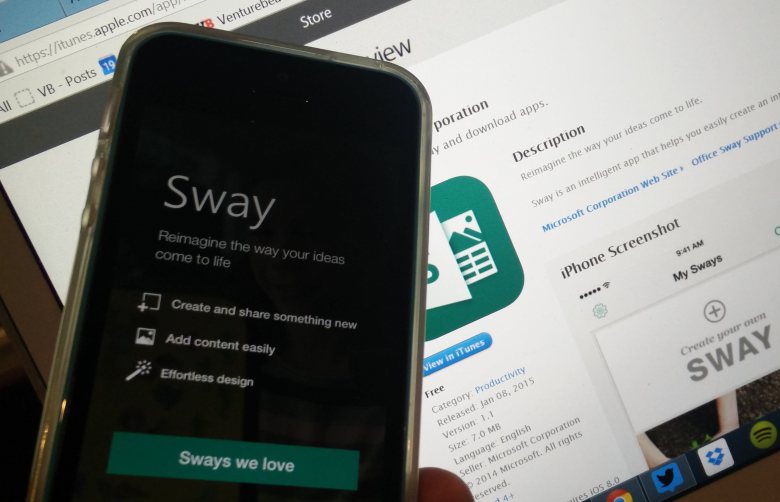 Above: Sway for iPhone

Microsoft’s intelligence tool Power BI is an enterprise-focused service aimed at unlocking insights in a business’s data, and it’s yet another product to arrive in the mobile realm on iOS first. This is something we revealed would likely happen way back in November, before its eventual arrival last month.

Available in the U.S. App Store only for now, Microsoft has confirmed that it will eventually arrive on Android and Windows too.

Available on Android and iOS, Microsoft’s reasonably new Study Portal app is an invite-only affair that lets users participate in surveys and user studies — that’s about as much as we can ascertain about this app. Whatever it does, it’s apparently not available for Windows Phone users yet. 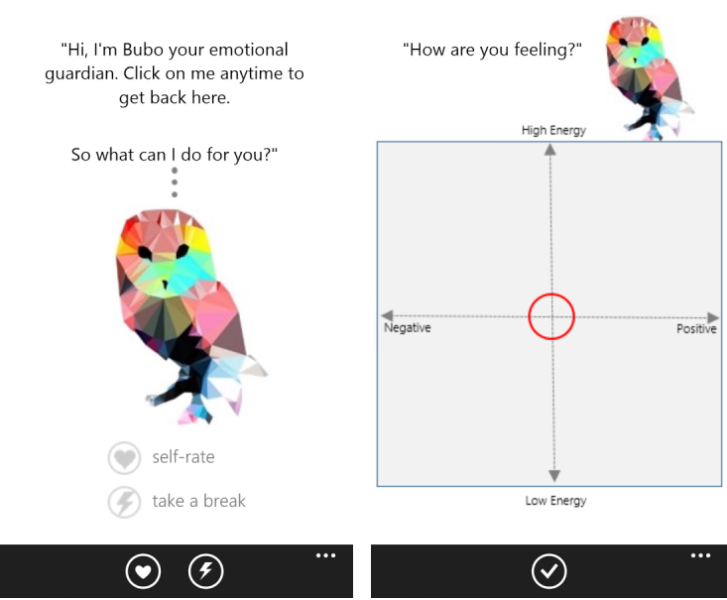 Above: Study Portal for Android

The Next Lock Screen app for Android is another offering from Microsoft Garage, one that gives you access to key information directly from your, well, lock screen.

Similar to other lock screen apps, you can see messages, missed calls, and more without unlocking your device. 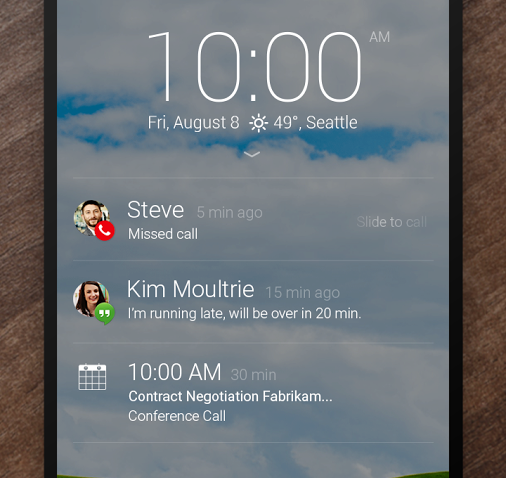 Above: Next Lock Screen for Android

Not content with one Android lock screen app, Microsoft Garage actually launched a second one called Picturesque, designed very much with Microsoft’s search engine in mind.

Indeed, Picturesque brings Bing home page images and search directly to your lock screen, letting you shake your device or swipe to change the image it uses. You can also see missed calls and text messages, weather, news, and more. 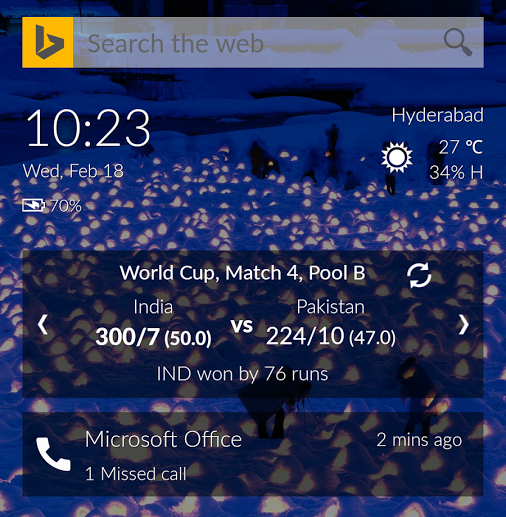 Another Android-only affair from the vaults of Microsoft Garage, Journeys & Notes is a social travel app that seeks to connect a community of users who have traveled on similar routes.

Users can check in, leave notes for others who may venture on that same path, or discover perils and pearls of knowledge left by others.

On{X} for Android is a fairly low-key Microsoft app that’s been around for a few years. It’s basically an IFTTT-style recipe app that lets you automate actions on your device, such as location-based reminders to charge your phone as soon as you arrive home, or automatically respond to “Where?” questions in text messages with your current location.

Microsoft doesn’t update the app all that much, and it requires your Facebook ID to log in, which will put off many people. 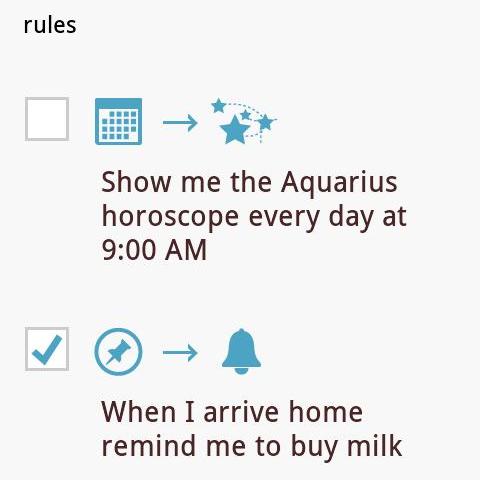 Torque works in cahoots with mobile web search and voice commands, letting you shake your phone to search the web, text your buddies, or even make a phone call. It’s similar to Google’s very own “OK Google” feature; however, this is powered by Microsoft. 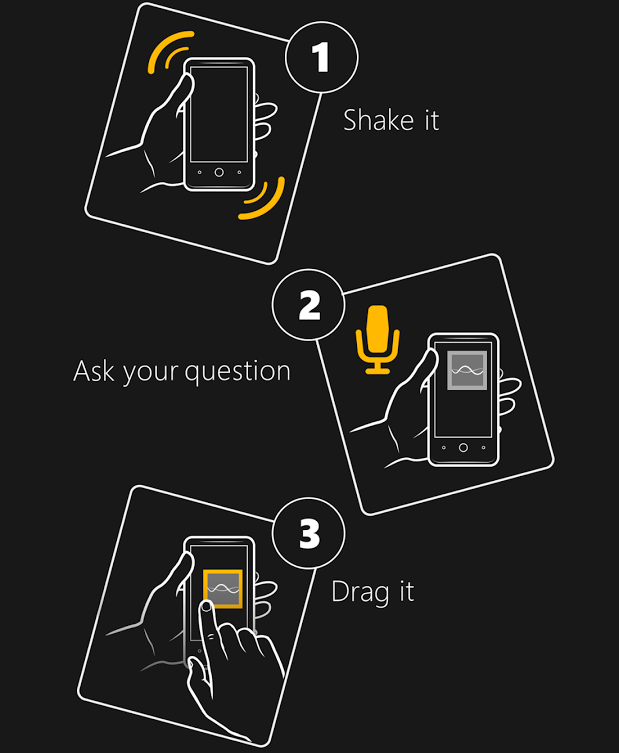 So there you have it — 10 mobile apps built by Microsoft specifically for its competitors. That’s not to say they won’t appear on Windows in the future, once the tech titan has iterated these, many of which are ‘experimental’, and established a demand for the products.

Meanwhile, you might also want to check out these 11 Google apps you probably didn’t know existed.