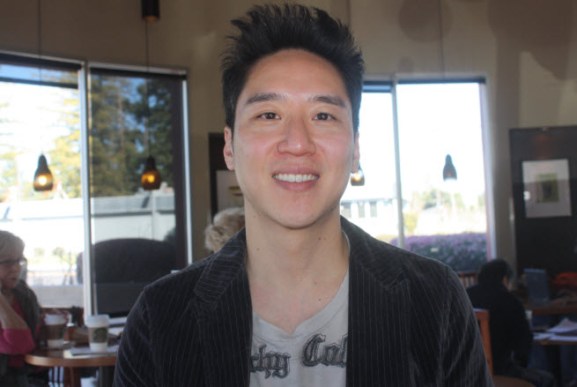 Intel and Raptr are teaming up to offer advice to players about how they should configure their machines with Intel graphics for the best gaming experience.

“We think this is a plus for the whole industry,” said Dennis Fong, chief executive of Mountain View, Calif.-based Raptr, in an interview with GamesBeat. “We unlock the full gaming potential of your PC. We try to make your gaming experience faster, beautiful, and hassle free.”

Raptr started as a gaming-focused social network. It helps automate the process of installing hardware drivers that make titles run on a variety of hardware. Raptr also knows which games are played on different kinds of hardware and how well those games run on millions of PCs.

Raptr gets more than 2 million new sign-ups a month. That gives it insight into the best configurations of hardware settings for different kinds of releases. In fact, it has found that 90 percent of PC gamers run their games at sub-optimal performance. So, Raptr can offer expert advice to players about how they should set up their machines to have the best gaming experience. So it started its PC gaming utility app, which optimizes a computer to play games.

The move is a big step up for Raptr, which is now pivoting away from its social network. Raptr pioneered its advice service in a deal with chip maker Advanced Micro Devices early last year. That worked out well, Fong said, but it didn’t reach the largest part of the market.

Now, under the deal with Intel, Raptr will be able to reach most of the market for mainstream PC users. Intel benefits because its base will have fewer complaints. Fong said that Raptr provides a demonstrated boost in performance in more than 300 titles — simply by telling the gamer how to set up the machine.

“As a leading supplier of graphics to the PC market, Intel is excited to partner with Raptr to bring their best-in-class optimization technology to our users,” said Navin Shenoy, Intel corporate vice president for mobility client platforms, in a statement. “Intel and Raptr share a common goal of making the PC gaming experience simple and fun for as many users as possible.”

Besides the advice on settings, Raptr will also provide a livestreaming capability, hardware-assisted video capture, and automated device driver updates. The livestreaming is important because it often taxes machines that aren’t set up right to handle both a game and the stream at the same time. Both the livestreaming and video capture use Intel’s Quick Sync technology to minimize system impact.

“We have become a defacto gaming platform,” Fong said. “We will be doing the same service for Intel, and we are super excited about it.”

In the past three years alone, Intel has shipped more than 500 million graphics processors that are integrated with its microprocessors.

Early on, Intel’s integrated graphics couldn’t run most of the best PC games. But with each year, Intel has been investing heavily in the graphics side of the combo chips that combine a microprocessor and graphics on the same piece of silicon. Now, those integrated graphics are good enough to run a lot of titles, provided the settings on the PC are correct.

“There are hundreds of millions of PC owners out there who are not gamers in part because they don’t know they can run games,” Fong said. “We see a real possibility of driving sales for the entire industry. With Raptr installed, these undiscovered or latent gamers will be capable of playing games.”

Raptr does well in emerging markets where consumers don’t have a lot of money to spend on PCs. They use Raptr to figure out how to run popular offerings like League of Legends or newer releases.

“The vast majority of people with PCs often don’t have the latest drivers,” Fong said.

Raptr was founded in 2007 and is backed by investors Accel Partners, Founder’s Fund, DAG Ventures, and Tenaya Capital.