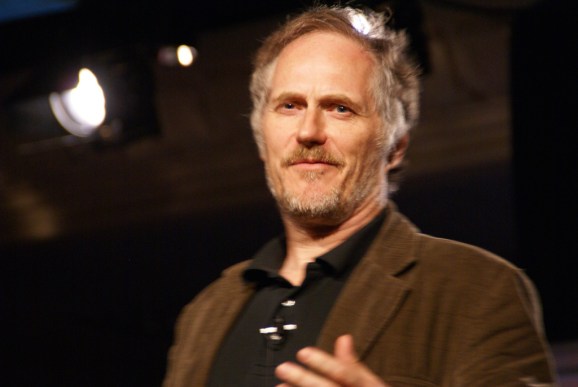 The Internet of Things hype is inspiring an endless stream of connected gadgets that light up Kickstarter campaigns and pack the halls of consumer electronics conferences.

But Tim O’Reilly, the technology publisher and Silicon Valley guru, is worried that these products have hijacked the conversation about IoT and distracted people by making them focus on what amount to novelty items.

It’s frustrating for O’Reilly, one of the sharpest observers of tech trends for the past three decades, because he sees something about to happen on a grand, unprecedented scale and he worries that people aren’t discussing it enough. He believes that the coming IoT era will result in more sweeping changes to our lives, our work, and our communities than those brought about by the eras of the PC, Internet, or smartphones.

“Obviously, Silicon Valley is all over this,” O’Reilly said. “But I think they are missing the point. They are creating some gadgets, but they aren’t thinking about systems.”

This massive disruption, O’Reilly said, will be powered by elements that are well known. Powerful, low-cost sensors that become ubiquitous; mass adoption of mobile gadgets that serve as hubs for IoT devices; blazing fast wireless networks; and all the data these things will generate.

But rather than talk about a smartwatch that monitors fitness and activity, O’Reilly wants people thinking about how to disrupt the entire health care system. How can health care be reimagined if people’s health information is not only monitored, but immediately shared with doctors and nurses? Can each health care provider serve 10 times, or 100 times, as many people, and improve the quality of care while sharply reducing the cost?

Rather than think about smart cars, O’Reilly wants to talk about changing entire parking and traffic systems throughout cities to send information to drivers that reduce the number of cars, cut the time spent looking for things like parking, and prevent the need to build new roads. Can information generated by cities and cars radically improve transportation in ways that save money and help the environment?

O’Reilly cites one surprising example of the massive disruptive potential of IoT: Uber.

Uber isn’t what most people would think of as an IoT company — and O’Reilly says that is the problem. The alternative cab company represents the kind of systematic change that interests him, a change that doesn’t just focus on sticking a sensor in a gadget.

“This company isn’t put in this category,” O’Reilly said. “But it’s teaching us a lot.”

The first lesson is about the way the very nature of work can change. Certainly, Uber has generated a lot of controversy in that respect. But O’Reilly says the flow of information created by Uber is revolutionary in that it allows drivers to decide when and how long they want to work, and what they can earn.

“It changes the whole workflow,” O’Reilly said. “And it changes the way we think about these things. You empower workers, and they can have more flexibility.”

But with Uber, once the service is booked, payment just happens when it’s over — no need for another action by consumers. O’Reilly sees a day when connected gadgets allow for payment systems where stores and machines simply recognize people and conduct a whole transaction automatically.

“What Uber is doing with payments may be more important in the long run than Apple Pay,” O’Reilly said. “Apple Pay re-creates the old workflow, just with a new device. It would be revolutionary to say we don’t need that at all.”

O’Reilly understands that at the moment, IoT prompts more than a little bit of eye-rolling in a tech industry that has grown a bit weary of hearing about it, and the parade of new devices everyone is hawking. It’s not quite an IoT bust, but there’s certainly a fair bit of fatigue that reminds O’Reilly of the years after the dot-com bust.

Back then, people didn’t want to talk any more about the revolutionary potential of the Internet, something that many believed had been oversold to a public, creating the dot-com bubble that burst and took the U.S. economy down with it for a time.

But that’s exactly why O’Reilly says he wants to reboot the conversation now, to energize people who will think more broadly about the potential of IoT, and who will develop the systems and platforms that will make it all happen.

“This wave of technology has more chance of reimagining whole swathes of the world than anything we’ve seen before,” O’Reilly said. “This is really going to disrupt everything.”