SAN FRANCISCO — Today’s trolls and hatemongers are more technologically adept than the police, and they’re more vicious than they have ever been. Dealing with the worst aspects of the larger gaming community has become part of corporate reality for gaming companies — and a bigger part of the company budget. During the “Turning the Tide: Hiring and Retaining Women in the Game Industry” panel earlier in the week, staffing and human resources leaders from across the industry discussed the various challenges in maintaining a gender-diverse modern workplace.

One of the questions the audience asked revolved around how to adapt a company’s policies on both internal and external harassment in relation to the increased attacks on game developers. A few of the panel members spoke at length about their corporate stances on the issues. 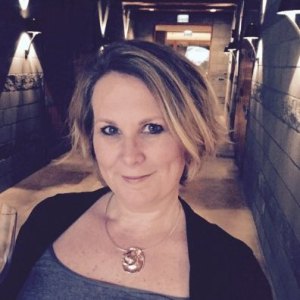 Above: Electronic Arts’ brand recognition has allowed Ginger and her colleagues to visibly promote diversity through corporate event participation.

Ginger Maseda, the director of talent acquisition at Electronic Arts, spent the majority of the panel praising the company’s existing policies in regard to hiring LGBT and female developers. The director cited EA’s participation in gay pride parades and events celebrating International Women’s Day as examples of their proud steps toward greater diversity. The company’s global brand recognition, Maseda argued, enables them to be “bold in our outreach” toward designers who may be at greater risk of personal attack.

“We recently released policies for team members … harassed online by third-parties.” Maseda said. “We are educating our staff and community managers on how to handle hostile situations.”

Isabelle Tremblay, Square Enix Europe’s head of human resources, outlined a more promotional approach to deflating harassment. Square Enix, she said, attempts to showcase its female characters (Lara Croft being her example) as on equal footing to male characters. The broad, diverse cosplays and other fan expressions (such as a female fan dressing up as Garrett, the male protagonist of the game Thief) are also highlighted to counter popular, misguided narratives about the industry.

“We want to show that our industry is not a boy’s club,” said Tremblay.

Cindy Armstrong, Wargaming’s regional administrative director in the U.S., added a third option to countering harassment. The company has a standard set of policies when it comes to improper behavior but finds much of its policing done by the community itself. Certain players will step up in more aggressive (or, as Armstrong described, “locker room”) forums to object to the behavior of others within the community, stamping down the issue at the roots. Wargaming has thus put its focus on preparing for any escalated issues that community members cannot or should not solve.

“It’s really important in my mind to not leave everything up to the ‘fun police’ … or the PR police,” Armstrong said, “I want everyone to have the opportunity to say, ‘Hey! Knock it off!’”

Harassment isn’t going away, but thankfully, game companies have many methods of countering it. They could publicly double down on their efforts for inclusive hires, promote all aspects of their characters and fans equally, or empower their fanbase to police itself through public shaming and calling out its worst elements. But all those present on the panel emphasized a need to be just as flexible and creative in fighting harassment as those that perpetuate the online abuse.