Hours away from Apple’s official reveal, Gaffney argues that the Watch may fly off shelves because of an unrelated product decision made by Apple: the transition to phablets.

Gaffney’s argument is simple. While larger screens have turned iPhones into media consumption machines, the device’s inherent clunkiness cuts down on convenience. The Apple Watch, small in size and readily available on the wrist, may fill the hole left by once-popular four-inch screens.

“We think that Apple Watch might take off a little bit more than one would think,” Gaffney said in a statement. “The Apple Watch is a hands free and much less conspicuous way to look at my emails, my text messages, instant messages, [and] Facebook Messenger.”

“In a way, that might create some demand for the Apple Watch that hadn’t previously been seen in the marketplace,” Gaffney told us. “I now am more likely to want a little screen to go with my big screen than I was before when I had the middle screen.”

Meanwhile, larger iPhones have cannibalized some popular iPad use cases, according to Adobe’s latest Digital Index report. “People who have the iPhone 6 and 6+ aren’t tending to use their tablets as much as they used to” on the Web, Adobe tells us. For a closer look at Adobe’s Digital Index, head here and check out the slides below. 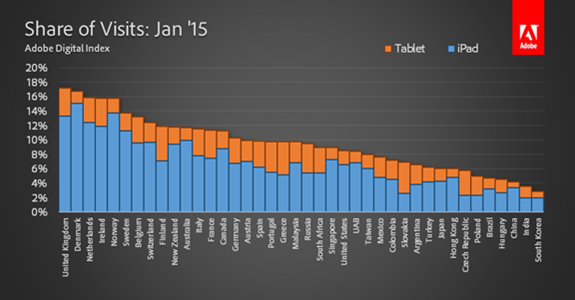 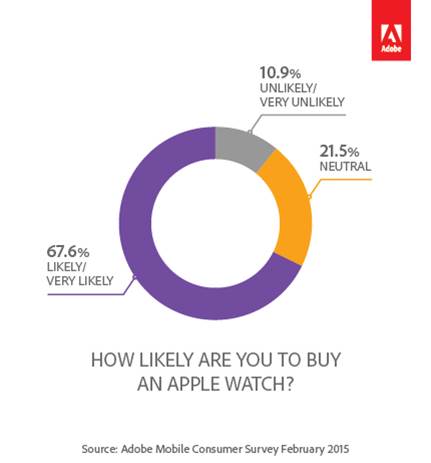 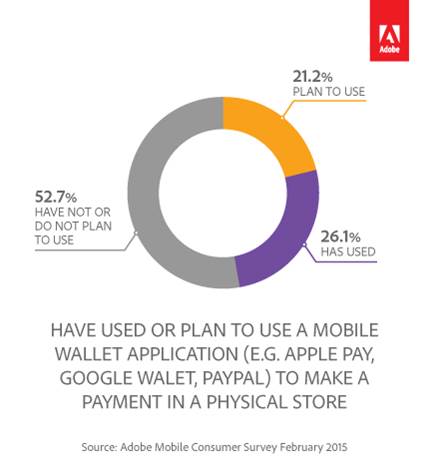