Yes, the new Apple Watch does look sleek, but things get much more interesting if you can actually do things with the smartwatch.

Sure enough, a whole bunch of companies have been cooking up apps for the Apple Watch. Here’s a roundup of such apps that are available now, or will be soon.

Above: The forthcoming BetterWorks app for Apple Watch

The venture-backed startup BetterWorks has built a web service big companies can use to help employees track their goals and measure their progress. This summer it’s getting an Apple Watch app.

“The app makes it easy for workers to get a quick snapshot of where current goals stand, add short check-ins and cheer on coworkers achieving their goals,” a spokesperson from the startup wrote in an email to VentureBeat. 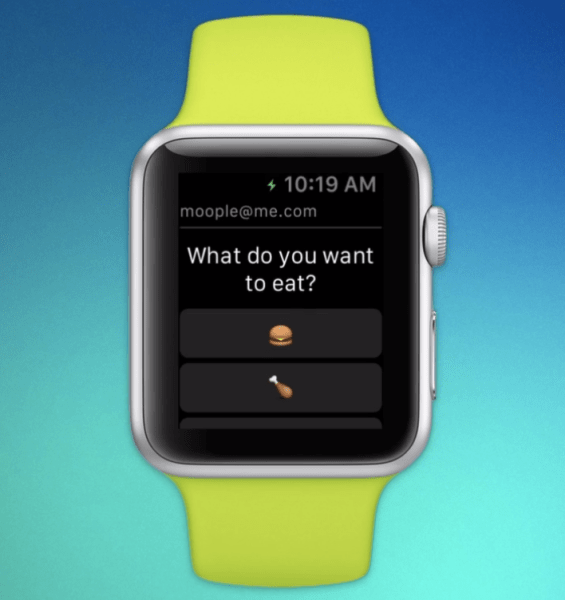 Above: The Dart email app on Apple Watch.

The Dart email app for Apple Watch gives you the ability to view emails and also respond with a tap.

“The iOS and Mac apps both work standalone and anyone with a decent email client that supports HTML can respond to a Dart email,” developer Alex Morris wrote in an email to VentureBeat. “It’s when the push notifications and one-touch replying come into play though, that’s [when] the magic happens.” 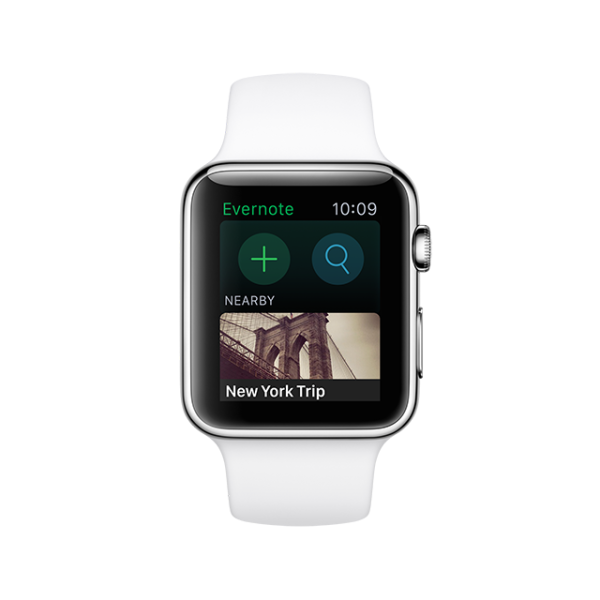 Above: Evernote on the Apple Watch.

The popular Evernote note-taking app is coming to Apple Watch, according to a blog post today from the company.

“The iPhone and Apple Watch versions of Evernote work together beautifully,” Andrew Sinkov, Evernote’s vice president of marketing, wrote in the blog post. “Dictate notes, perform searches, and see recent content on your watch when you need it. Set reminders and check items off your list without ever taking out your phone. Start reading a note on Apple Watch, then continue reading it on your iPhone with a swipe of the lock screen. It’s one app that moves with you from wrist to hand and back again.”

Facebook-owned Instagram has an app ready to go on Apple Watch.

Apple’s Kevin Lynch pulled up photos, scrolled through them by turning the watch’s crown, and even “liked” a photo during a demo at today’s Apple event in San Francisco.

The Life Clock app from Rehabstudio munches up data from several sources to determine your life expectancy.

“Time is added for healthy activities and removed for unhealthy ones,” Rehabstudio stated in a press release on the app. 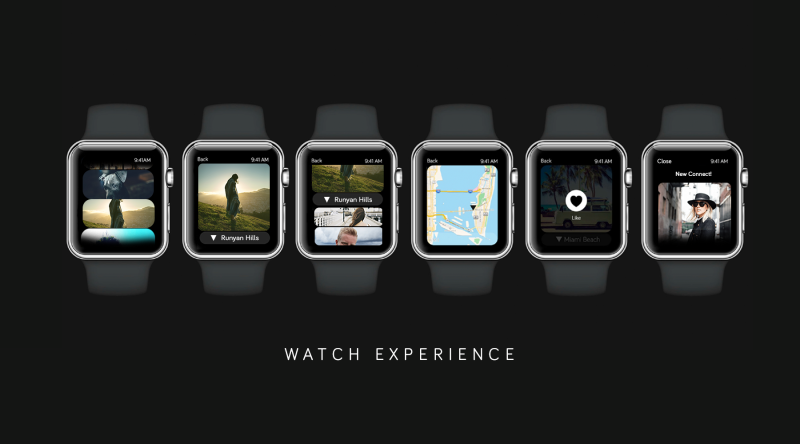 Above: The Looksee app on Apple Watch.

The Looksee photo app for Apple Watch from Quebec Drive gives you a new way to interact with cool images tricked out with sweet filters.

You can preview photos, see where they were made, and like photos right on the Apple Watch. You can also find out how many “likes” and “connects” you’ve gotten, and you can get notifications when you receive a new “connect.”

Above: Shazam on Apple Watch

The app made a brief appearance in Lynch’s keynote today.

Above: The Slopes app for Apple Watch.

If you’re a skier or snowboarder, the Slopes app for Apple Watch could be pretty helpful.

“Checking live stats while skiing or snowboarding is going to get a lot easier,” Slopes says on its website. “Slopes puts all the information you want right on your wrist.” The app measures vertical drop, speed, and distance. 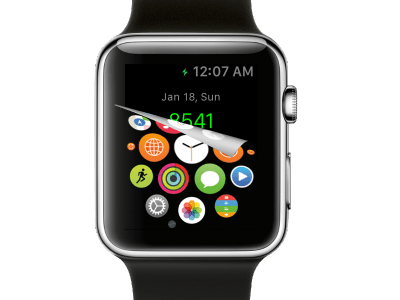 Above: StepWise is coming to the Apple Watch.

The StepWise pedometer app for iOS from United Kingdom-based Progress Concepts will be getting an Apple Watch app.

Above: Uber on the Apple Watch.

As Lynch demonstrated, you can call an Uber car from your watch.

The app shows the route of the car, the car’s license plate, and the driver’s name, among other information.

Above: WeChat on the Apple Watch.

You can send and view messages on WeChat from the Apple Watch, as Lynch showed today.

You can even throw stickers into your conversations in the app.

Above: The Apps for Apple Watch category in the App Store.

Plenty more Apple Watch apps are on the way. Lynch mentioned a few other apps — like American Airlines, Twitter, and Salesforce.com’s Wave analytics app — in his demo but didn’t provide a whole lot of detail about them.

Meanwhile, Apple momentarily gave people a hint of still more apps, by flashing an image of the Apps for Apple Watch category in the App Store. Apps shown there include CityMapper, Nike+ Running, Dark Sky, and the Rules! game from TheCodingMonkeys.

Developers have already created “thousands” of Apple Watch apps, Apple chief executive Tim Cook said during his keynote during today’s event. Expect a whole bunch more to come to light in the next weeks and months.