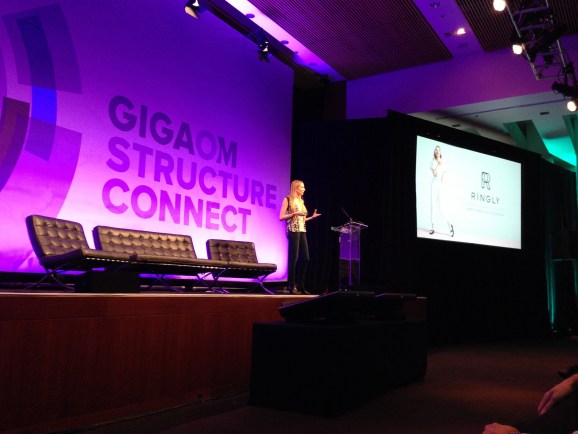 According to tweets this afternoon by a number of Gigaom staffers, today is the site’s last day publishing.

Senior writer Stacey Higginbotham tweeted that as of 5 p.m. today, Gigaom is “owned by trustees (SVB). They are in charge of our payments and our events.”

In a statement posted online, Gigaom’s management wrote that it could no longer pay its creditors. “As a result,” the statement read, “all operations have ceased. We do not know at this time what the lenders intend to do with the assets or if there will be any future operations using those assets. The company does not currently intend to file bankruptcy.”

Given what many of the site’s staff tweeted, it’s clear they only found out about the shutdown this afternoon.

As of 5 pm today we are owned by trustees (SVB). They are in charge of our payments and our events.

Gigaom is shutting down. The site. And the company. But @om built something amazing and it changed my life. I love him and my colleagues.

Gigaom is shutting down. Thank you to @om, @tomkrazit and my amazing colleagues for the best two years. I will miss this place.

Gigaom is shutting down, and today was our last day publishing. A surprise to us all.

The closing of Gigaom is the latest change in the online tech news world. In February, the Silicon Valley-based incubator Wearable World bought ReadWrite from Say Media.

Despite Higginbotham’s tweet, it is not clear what will happen with Gigaom’s events business. The site’s staff, of course, is out of work.

In a statement posted to his personal site, Gigaom founder Om Malik wrote that the site’s demise was “not how you want the story of a company you founded to end.”

Added Malik, who left Gigaom a year ago, “There will be time for postmortems, but not today. Today, I want to thank all the people who make (and have helped make) Gigaom. Their role in this journey was what really made it all worth it. They are great people and they will all do great work wherever they go. I want to thank our investors who believed in the business long before it became fashionable. And most importantly, I want to thank you dear readers for coming along on this trip of a lifetime.”

He also wrote that although he’d left the company he started, “the idea [of Gigaom] still lives in my heart. Goodnight sweetheart, I still love you!”