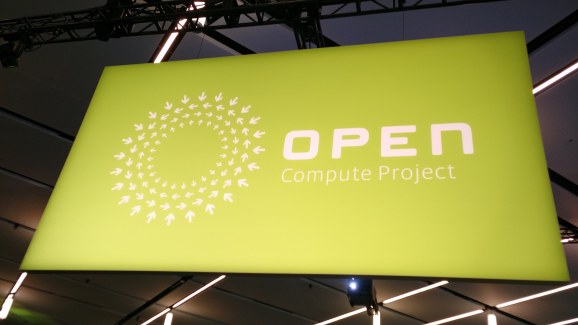 Tech giant Microsoft is announcing that it’s contributing more specifications for its critical data center technology to the Open Compute Project (OCP), giving other companies and hardware vendors a chance to see exactly what sort of technology Microsoft prefers.

Facebook first established the OCP in 2011 as a place for vendors to collaborate and find the most efficient infrastructure designs.

Microsoft announced that it was joining the OCP last year, sharing the specifications for servers intended for Microsoft’s Azure public cloud.

At the sixth annual Open Compute Summit today, Microsoft is showing off to the OCP a fascinating concept — lithium-ion batteries that go right inside of the server chassis, instead of taking up space in separate locations in a data center. Microsoft calls this Local Energy Storage.

The technology lowers total cost of ownership by a factor of five and drops the footprint inside the data center by as much as 25 percent, Kushagra Vaid, general manager of server engineering at Microsoft, wrote in a blog post today on the news.

Microsoft is also sharing with the OCP a new generation of blade servers featuring eight slots for fast NAND flash storage, as well as a spot for a high-bandwidth PCI-Express card to connect them all.

Microsoft has gradually added specs to the OCP. Today’s news points to Microsoft’s more broad-based commitment to the initiative, with more participation than other OCP members, including VMware and Box, to name a couple.

In a sense, this goes against the more traditional ethos of Microsoft, which is more oriented toward using its own systems and not sharing innovations with the broader community. But that sentiment has been eroding in the past several months, so it’s not a huge surprise to see this latest embrace of the OCP.