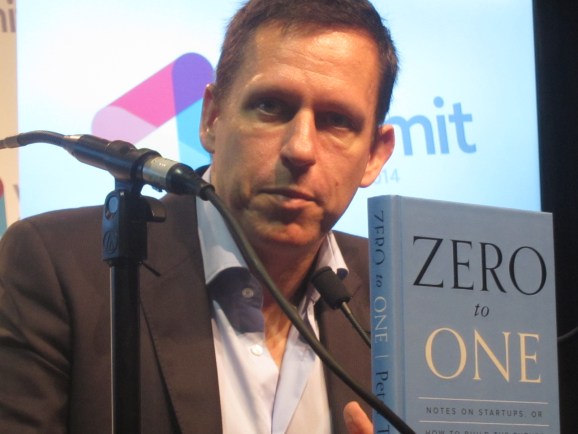 Peter Thiel speaks at a press conference at the Web Summit in Dublin.

Peter Thiel, a cofounder of PayPal and Palantir and a prominent investor who built up hedge fund Clarium Capital Management and the venture capital firm Founders Fund, has joined prominent Silicon Valley incubator Y Combinator as a part-time partner.

“In addition to founding PayPal and Palantir and being the first investor in Facebook, Peter has been involved with many of the most important technology companies of the last 15 years, both personally and through Founders Fund, and the founders of those companies will generally tell you he has been their best source of strategic advice,” Y Combinator president Sam Altman wrote in a blog post today announcing the news. “He already works with a number of YC companies, and we’re very happy he’ll be working with more.”

If you sensed a bit of an issue given the fact that Thiel remains involved with Founders Fund, well, there could be one, but Y Combinator intends to prevent it.

“Peter won’t invest in any companies while they’re in YC or for 3 months after they present at Demo Day (this will apply to Peter’s investment entities as well), which should eliminate any unfair advantage,” Altman wrote.

Thiel, for his part, is a billionaire who has spoken publicly about his fascination with subjects such as life extension and strong artificial intelligence.