For old timers like me, the classic computer game Descent was a novel experience that depicted spaceship combat in full 3D for the first time. Now, Descendant Studios has acquired the rights to the old game and it is rebooting the franchise as Descent: Underground. The Austin, Texas-based company wants to raise $600,000 in a Kickstarter crowdfunding campaign.

Eric “Wingman” Peterson, head of Descendant Games, loved playing the game when it first came out, and he wants to bring it back with modern 3D graphics and six-degrees-of-freedom gameplay for the PC. The original Descent featured the ability to fight other spaceships in tunnels in an asteroid mining belt, and the game sold an estimated 25 million copies. But Peterson said in an interview that he wants to beef that up with voxel technology, which enables destructible environments and customizable chips.

“Descent was one of my favorite games,” Peterson said. “It gave you six degrees of freedom. It brings back a lot of fond memories.” 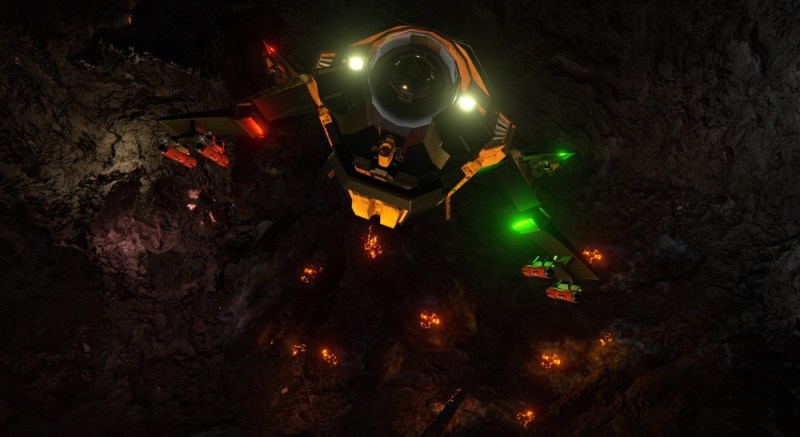 The original Descent debuted as a first-person spaceship combat shooter in 1996. Parallax Software made the game, and Interplay Productions published it. Interplay held onto the rights for the franchise over the years, but the last Descent game, Descent 3, debuted in 1999. As consoles took over, PC games like Descent languished in obscurity.

Peterson previously worked on Star Citizen, as did his fellow teammates. He also worked on Starlancer, Conquest Frontier Wars, and the Wing Commander series. Most recently, he was president of production for Cloud Imperium Games, which is making Star Citizen. Peterson is also known for being the host of the Internet web series, “Wingman’s Hangar.”

The common thread is sci-fi space games. Peterson wants to bring back the distinctive gameplay that puts a gamer’s flying skills to the test. In the multiplayer combat, you’ll be able to fight against 10, 20, or even 30 other players all trying to acquire minerals. Gameplay sessions are expected to last five minutes to 30 minutes.

Peterson said one of the cool features of voxels is that you’ll be able to dig your way through cavern walls, creating new paths into target areas such as the enemy’s base. 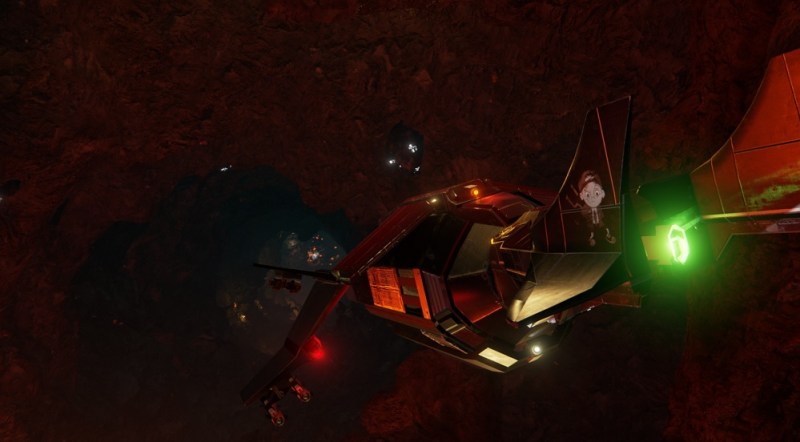 The story takes place about 300 years in the future in the asteroid fields between Mars and Jupiter. It is a prequel that takes place just before the events of the original Descent. Giant corporations have replaced national governments and have taken to space in a gold rush of mining operations.

The flight and combat skills of their pilots help the corporations dominate enemy companies, and pilots become heroes as their battles are broadcast back to earth for fans to cheer on their favorites.

“Players will be able to create items and maps for the universe and get their own creations into the game,” Peterson said.

Descendent Studios was founded in November 2014 by Peterson. The team started working on a game dubbed “Ships That Fight Underground.” When word reached Interplay, that company asked Descendant Studios to reboot Descent. Descendant has about 20 people working for it. If the campaign is successful, then the company may also develop a single-player story for Descent. 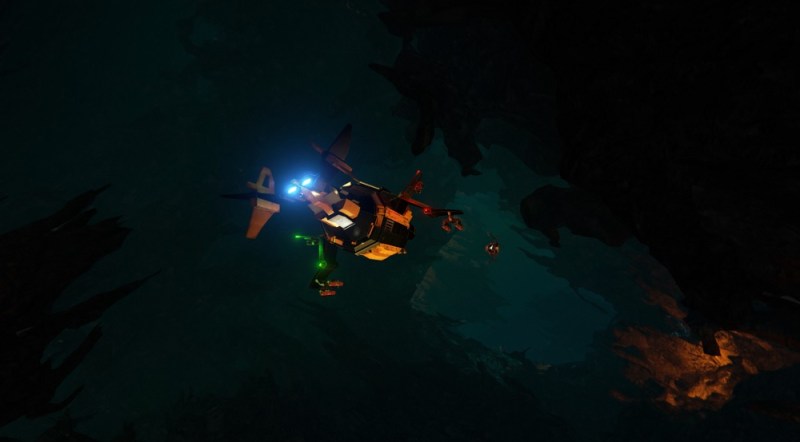 Above: Mining in Descent: Underground