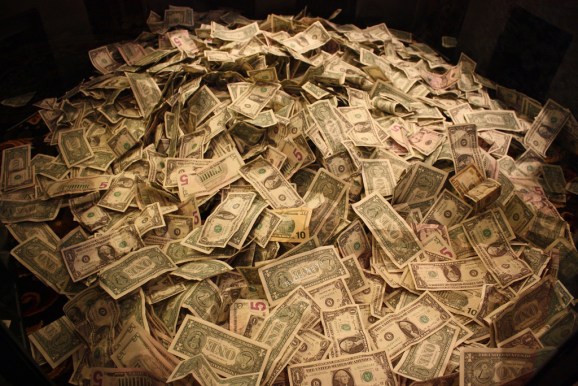 The guy who raised $70,000 on Kickstarter to make a potato salad is going to be writing a hefty check to the Internal Revenue Service this year if he hasn’t already — for upwards of $21,000, according to TaxFoundation.org.

That’s because any funds raised on websites such as Kickstarter, Indiegogo and GoFundMe are considered taxable income.

Creators can, however, write off supplies they use to make products to offset costs. If a creator raises $1,000 to build something and spends $1,000 to make it come to life, there’s no tax liability. But if the creator spends the first tax year fundraising and then spends money on a project, creators should use the accrual method of accounting. Accrual accounting says income is counted when the sale occurs, and expenses are counted when you receive goods or services.

“Business taxes are a different animal from individual taxes,” Joshua Lance, a certified public accountant, said. “For most people, very few things are deductible, aside from your mortgage interest and charitable contributions, but for businesses, most of your expenses are deductible.”

Lance recommends keeping a detailed record of all expenses and using tax software from the get-go.

“When I meet with startups, I find that in the first year they don’t pay attention to what they’re spending because they have a lot going on,” he said. “It’s hard to remember what you spent months ago. The software will do the work for you.”

Taxes become tricky when the donation is considered a gift from backers, in which case the creator doesn’t have to pay taxes on it. When is a donation considered a gift? The IRS hasn’t made the distinction yet. To avoid penalties, it’s best for crowdfunding creators to treat donations as income.

“It’s very unclear because this is a new area for the IRS,” Ed Mendlowitz, a certified public accountant and partner at WithumSmith+Brown, said.

For Kickstarter and Indiegogo backers, donations are not tax-deductible.

“The donation is strictly a personal expense — it’s not like you’re donating to a 501(c)(3), in which case it would be a charitable contribution,” Lance said.

If you’re loaning money to a company and expect to be paid back over a set period of time, the amount is not tax-deductible. But if the loan never gets repaid, you can write it off, according to Mendlowitz.

Equity-based crowdfunding, which isn’t technically legal in the United States yet because the Securities and Exchange Commission hasn’t set rules for these transactions, raises its own set of tax questions.

Crowdfunding websites have become an incredibly popular revenue stream for small businesses, with $5.1 billion raised in 2013, up from $1.5 billion in 2011, according to Crowdsourcing.org. As this model proliferates, the SEC and IRS will have to address the tax gray areas.

For now, people who donate or back crowdfunding projects are advised to leave a paper trail in the event of an IRS audit. If you have any questions at all, seek advice from a tax professional.

“It’s not likely that you’ll get audited, but you really never know,” Mendlowitz said.

Megan Anderle is an editor at Tech Page One who specializes in technology, startups, business, and sustainability.

Originally published on Tech Page One.