Google officially unveiled its first ever Google Shop earlier today, a so-called “store-in-store” shopping experience contained inside a branch of Currys PC World in the heart of London. The goal? To give the Internet giant a bigger presence in the physical world, of course.

Over time, Google says it hopes to host classes and events for the public, covering things like online security and how devices actually work. There will also be “Virtual Space Camps” that introduce kids to coding.

For now, however, the Google Shop is all about demoing and selling Google products and services. Here’s a quick peek inside the new Google-branded store. 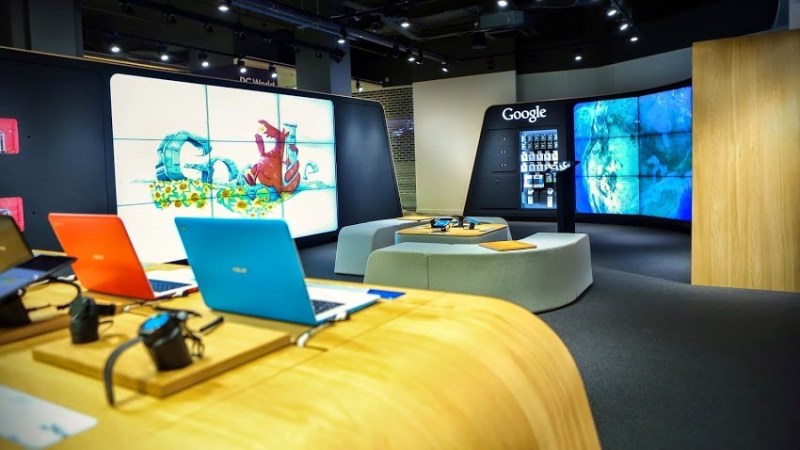 The first thing shoppers will see when they enter the main Currys PC World entrance will be a slew of Nexus phones, tablets, Chromebooks, and Android Wear smartwatches. Here you’re able to go hands-on with all the devices. 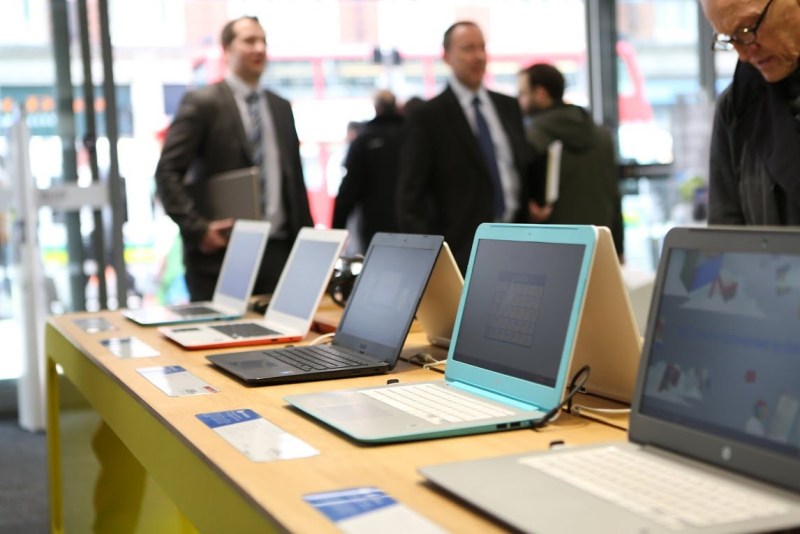 There’s also a dedicated Chromecast Pod area, where would-be customers can trial Google Play Movies, YouTube, and other Google content that can be beamed to the big screen using its portable HDMI dongle. 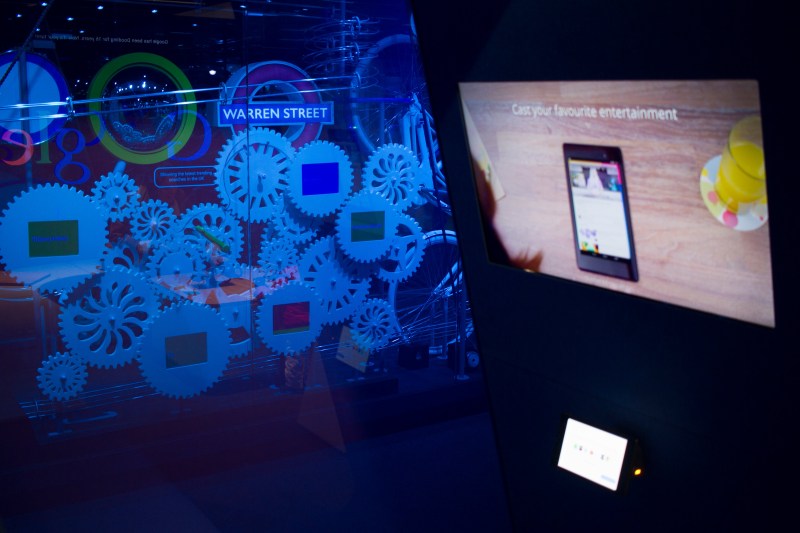 Above: Play Pod: Try out Chromecast

Rather than giving visitors a real spray paint can that could do some serious damage to the walls, The Doodle Wall is where budding graffiti artists can create their own Google Doodles. It even lets users share them to their social networks. 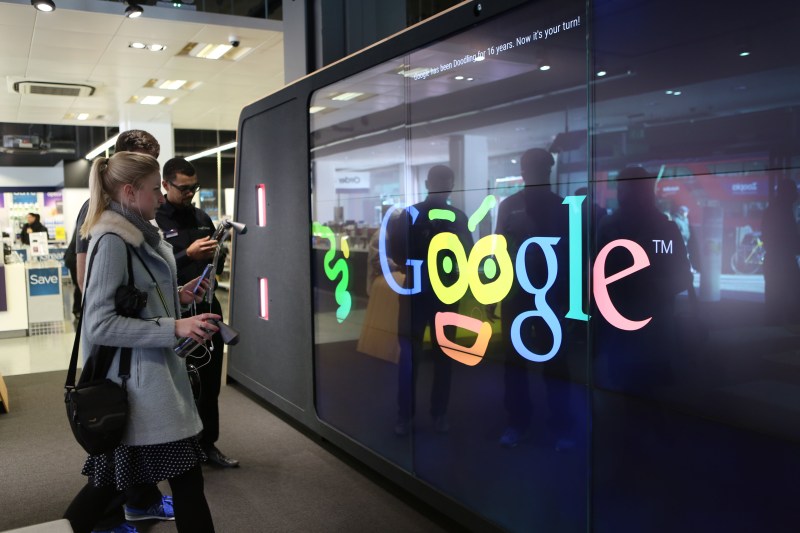 Above: Doodle Wall: Brings out your inner graffiti artist

The Google Shop also sports a surround screen installation, which it calls Portal… 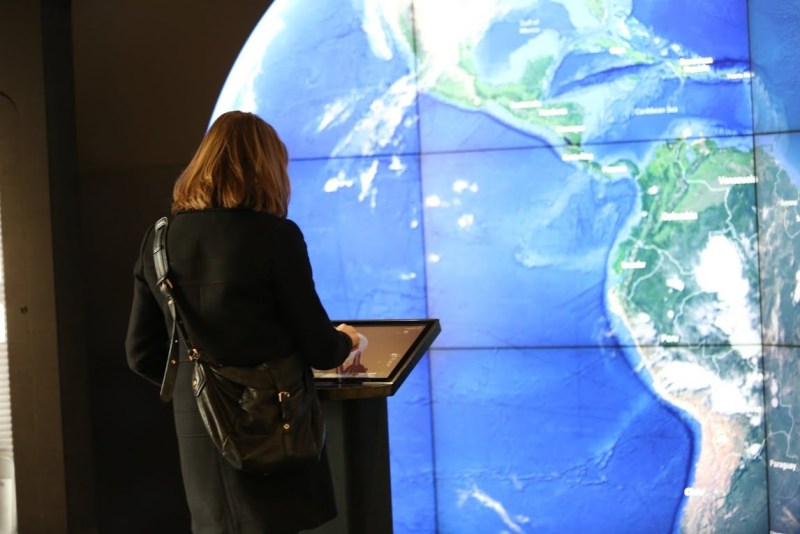 Above: Portal: Fly through the planet using Google Earth

… here, visitors can tap Google Earth to traverse any part of the planet using a small tablet-sized screen in front of them. 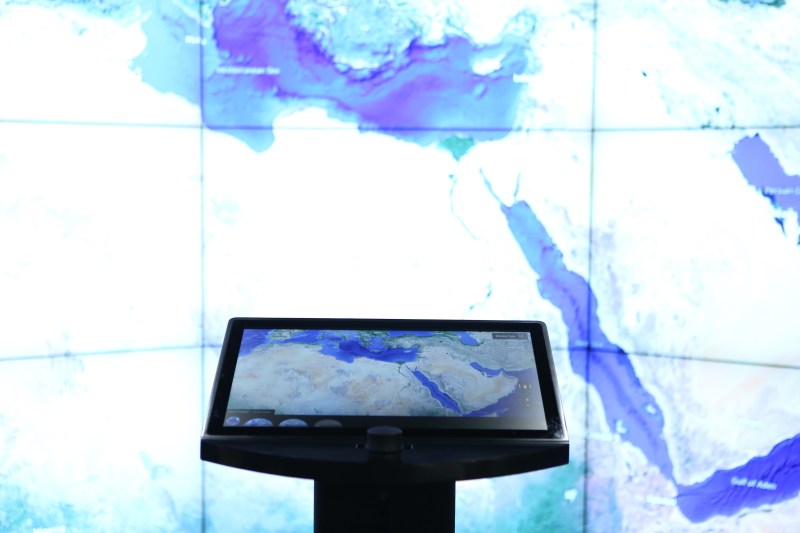 What’s the point in all this fun and games, if shoppers don’t actually want to walk into the Currys PC World store in the first place to find the Google Shop? Well, Google’s Shadowbox, situated beside a large window by the main shopping thoroughfare, features digital art installations that will change over time. Up first is a real-life Google Doodle depicting a Rube Goldberg machine with a London-centric theme. 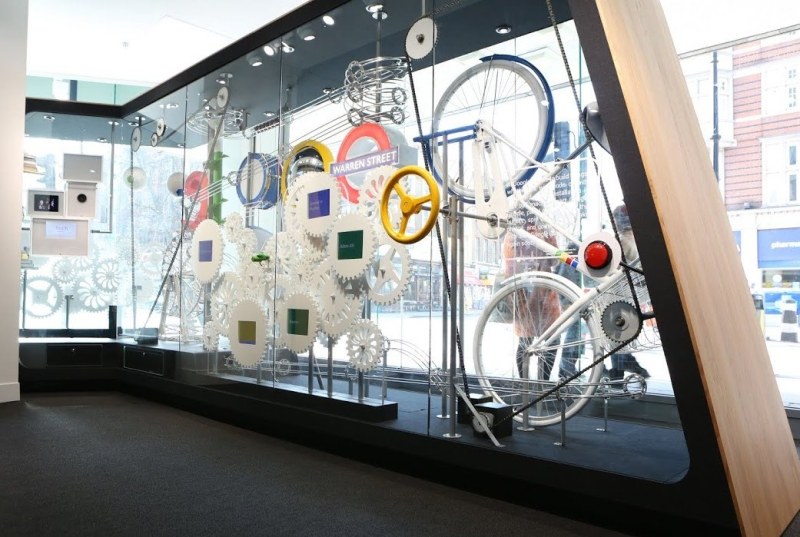 Above: Shadowbox: A digital art installation to lure shoppers in

While this is the first such shop anywhere in the world, Google has confirmed it will open two additional ones in or near the U.K. capital later this year.