Augmented reality smartglasses are getting a boost from National Aeronautics and Space Administration today as the space agency is announcing it is teaming up with Osterhout Design Group to explore the use of ODG’s smartglasses for exploratory activities.

The two will collaborate on the use of virtual reality (VR) and augmented reality (AR) to advance NASA’s future missions in space. That means that astronauts could one day get access to advanced computing and visualization technologies via smartglasses.

ODG has spent the last six years developing a new generation of smartglasses for government, enterprise, and consumer markets. It has packed thousands of dollars of technology into a compact new design that works in mobile environments. The aim is to let users do with smartglasses what they can do with touchscreen tablets.

Packed with positional sensors, the glasses know where you are, where you’re looking, and how you’re moving, enabling precise AR and exciting VR experiences in even the most demanding environments, the company said.

“ODG’s smartglasses are revolutionizing the way we explore information and interact with our environments and each other,” said Ralph Osterhout, Founder and CEO of ODG, in a statement. “ODG and NASA share an unwavering commitment to advance technology and today’s announcement is a vote of confidence in the power, promise, and possibility of headworn augmented reality technology.”

One potential use by NASA is Assisted Reality software, which enables line of sight check lists, guided support via telepresence, and the ability to overlay digital markers on machinery or equipment while keeping the user’s eyes and hands focused on their task. The tech can make the accuracy and efficiency of astronauts’ in-flight activities better during long space missions.

“As electronic directions and instructions replace paper checklists and longer duration missions are considered, there is a need for tools that can meet evolving demands,” said Lauri Hansen, engineering director at NASA Johnson Space Center in Houston, in a statement. “ODG’s technology provides an opportunity to increase space mission efficiencies and we are pleased to explore its potential in human spaceflight while also advancing its use here on earth.”

San Francisco-based ODG spent six years and $60 million refining its military technology for the consumer market, and it began showing a consumer prototype earlier this year.

The consumer glasses weigh just five ounces and look like a pair of heavy sunglasses. I had a good look at them under ideal conditions at ODG’s offices in San Francisco, and it was a cool experience. You can see the world around you through the transparent lenses, but you can also view images on the surface of the inside of the glasses as if you were viewing a 720p high-definition TV. ODG has been shipping its R-6 smartglasses for 18 months, it is showing off the R-6S next week, and it hasn’t yet named the consumer prototype coming this year.

The ultimate test will depend on whether Android application developers take advantage of its capabilities in hands-free augmented reality, high-definition video viewing, and 3D entertainment.

Ralph Osterhout was the designer of the PVS-7 Night Vision Goggles for the military, and he also created heads-up displays in scuba masks. He was passionate about wearable tech long before it became fashionable.

ODG was founded in 1999 as a tech incubator, and now it is focused on making wearable-based security and first-responder solutions for government, enterprise, and ultimately, consumer markets. It has around 80 employees. 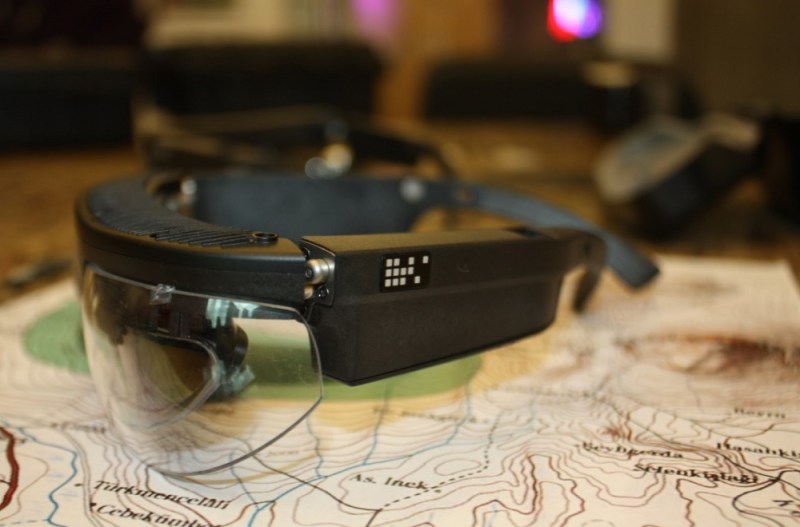