When a new app enters a space dominated by a major player, it can be a very tough path to success. Even when that major player has only been around for two weeks.

Such is the road ahead for Stre.am, a brand-new live-streaming app launching tomorrow and aiming to take on Meerkat, the big boy in the space. While it might seem like it’s been around for ages, Meerkat, of course, only appeared at the end of February. Already, it has already become the hottest app of the moment, attracting a wide range of digerati and filling many people’s Twitter feeds over the past few days.

Stre.am, which is a finalist for a South by Southwest Innovation Award next week, allows users to live-stream video from their iOS or Android device and share in real time over Twitter, Facebook, Google+, email, and text message, or to shoot 15-second “reels” that are available for 24 hours. It also enables real-time messaging during live streams, which allows people to communicate directly with the person broadcasting a stream.

For Stre.am CEO Eric Bowman, the latest developments in the live-streaming app space must be both exciting — because the space is being validated — and bittersweet. Besides Meerkat’s blowing up since its launch, word also leaked this week that Twitter has reportedly bought another live-streaming app, Periscope. 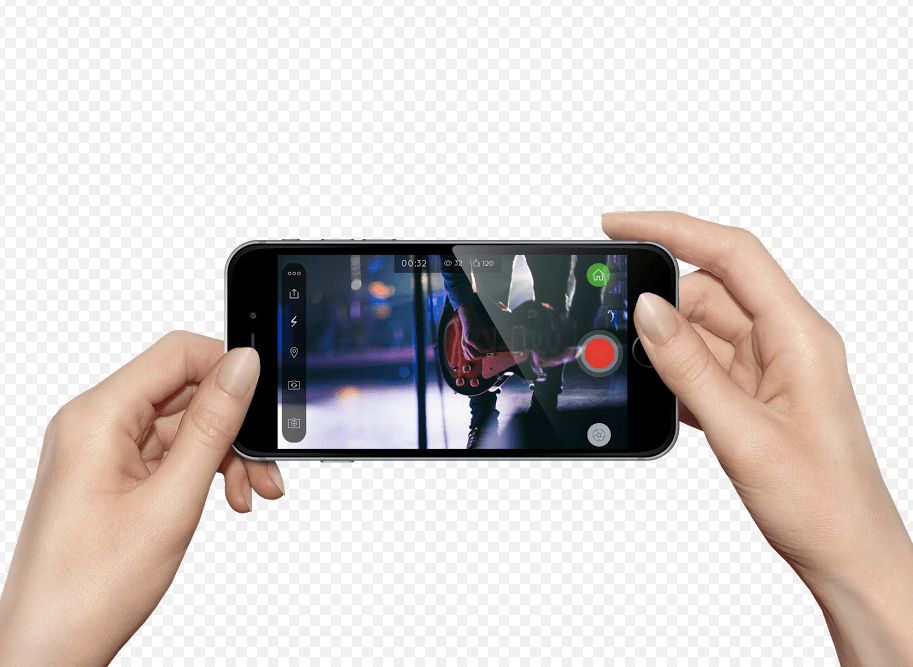 Above: Users can either live stream video or shoot ‘reels’ that can be watched for up to 24 hours.

Bowman and a small team first started building Stre.am a little over a year ago, well before Meerkat’s developers pivoted from their previous app, and no doubt hoped they would be the ones to control the space.

But Bowman argues, first, that there’s plenty of room for multiple live-streaming apps, and second, that Stre.am has some significant differentiators that will set it apart and elevate it above its rivals.

For one thing, Meerkat streams are automatically shared via Twitter, and only Twitter. For another, while they can be recorded and scheduled for future broadcast, they cannot be stored. By comparison, in addition to letting users share their videos across many different networks — or no networks at all — Stre.am allows its users to share those videos for a full day after recording them.

Stre.am is also looking to give those watching people’s videos more control. For example, you can anonymously watch someone’s stream. “We’re big believers in the voyeur experience,” Bowman explained. “People may want to peek in and watch…[and not] want their friends to think they’re stalking them.”

If users want, they can change their mind and make it known that they’re watching mid-stream.

In its current iteration, Meerkat depends on Twitter to get videos to viewers. When a user is streaming, the app sends out an alert to their Twitter followers. That makes Meerkat vulnerable to the whims of Twitter, as we saw last week when access was temporarily restricted.

Stre.am went a different direction, Bowman argued. The company built its own transcoders and its own broadcast mechanisms, he said, which gives its users the “ability to be as flexible as they want.”

In fact, during Stre.am’s beta test, more than half of its users were sharing their videos on Facebook — something that’s not possible right now with Meerkat.

It could be argued, of course, that Twitter is a more natural platform for a live-streaming app, since the social network’s users see all activity, in real time, from those they follow, while Facebook presents an algorithmically curated, non-real-time feed. But Bowman explained that because more users are continuously logged into Facebook’s mobile app than to Twitter’s makes the former a logical first-choice sharing platform. And that’s another reason why Stre.am allows users to create the stored reels, which are viewable for 24 hours.

Bowman said he and a staff of about 10 to 12 people bootstrapped Stre.am — with additional software development help from a separate company.

Now, Stre.am is hoping the South by Southwest audience’s thirst for exciting new interactive apps will springboard it to success. Meerkat may already feel like it’s insurmountable, given its incredible buzz. It’s a beast of an app, but Meerkat has just a two-week head start. It’s no Google, and Stre.am, or another app altogether, could knock it from its place on the top of the pyramid.