Eye-tracking: a boon for e-sports and streamers?

The infinite screen and eye-targeting are just the beginning for eye-tracking technology. Johansson says that it can be used in storytelling. For example, a nonplayer character could know when you were looking at it, changing behaviors as the system recognizes eye contact.

The Sentry shipped with two applications that can be of great use to professional gamers and streamers. The first is a training tool that uses eye-tracking overlays for recalled sessions.

For streamers, eye-tracking adds a third helpful layer that they can convey to an audience.

“What we can do with eye-tracking is, when you stream your game, we will plot the gaze point, so it work as a pointer for where you’re looking,” he said. “Now the audience for streamers can not only see and hear what they’re doing, but they can also actually see where they are looking.” 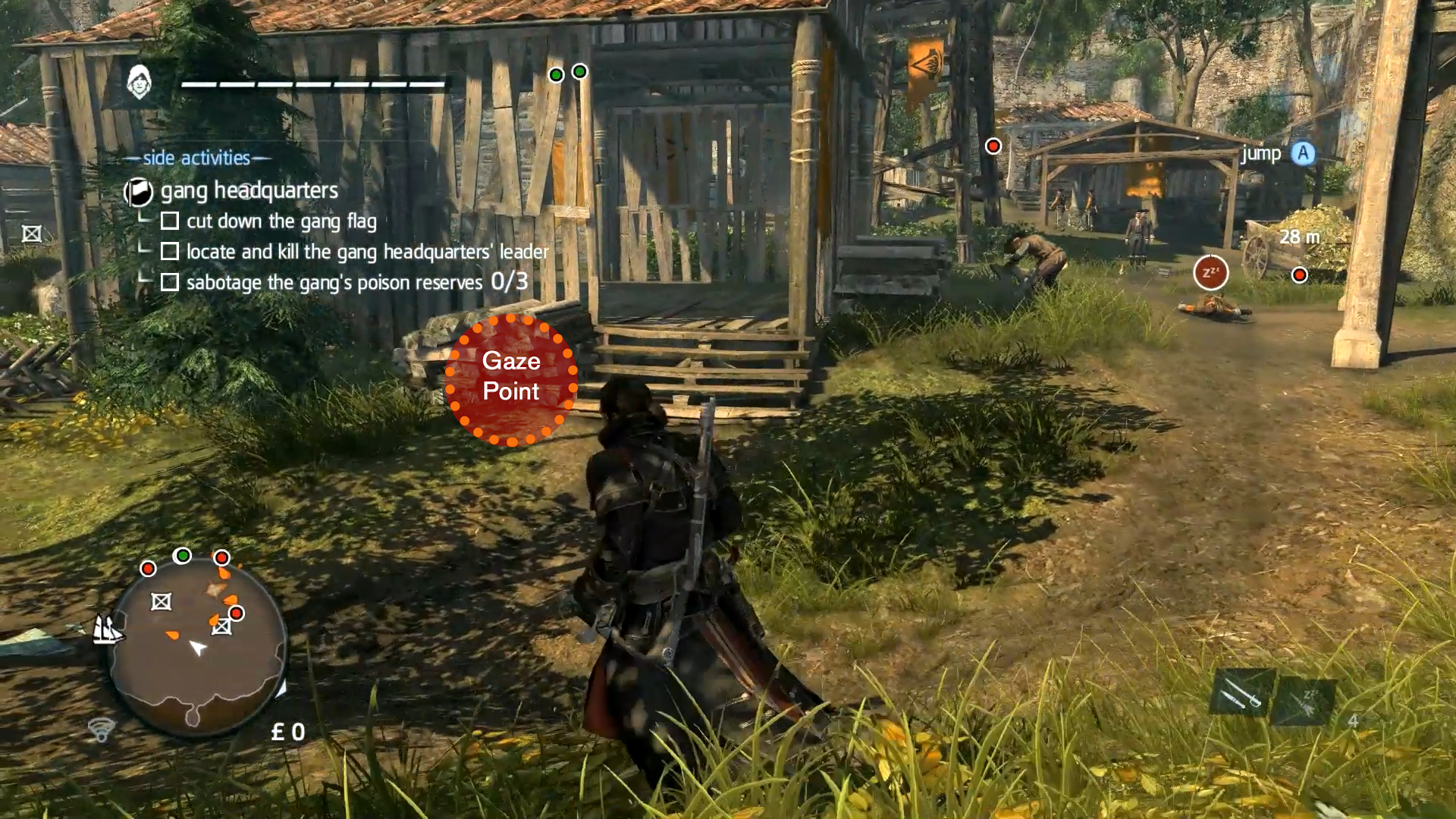 Above: An example of streaming overlay.

It works with virtual reality, too

The technology that Tobii has developed fits perfectly in the virtual reality space. Given that its cameras can track infrared light in darkness, the system could work within a set of goggles. The only challenge is fitting the IR emitters and cameras in such a small space. But Tobii is already at work on this, and it’s using second-generation technology that it has previously built for its research business.

Johansson showed GamesBeat prototype glasses that featured a small frame around each eye that houses IR emitters and tiny cameras. He says that this frame could easily be placed in existing VR headsets.

Speaking of the prototype’s miniature design, he said, “We did this all deliberately, keeping in mind that it would also go to the consumer market. You can take this and it can be implemented correctly in a VR headset. … We are working with VR partners for integration and we will release an SDK by the end of Q2”

My experience with Tobii’s tracking tech went off well. I came away impressed with how accurate and natural this additional layer of control felt between the two game experiences. It was nice to know that, while both hands and most fingers are were busy, I could still impact the game’s world through another means. It’s a powerful feeling, and that alone shows that device has potential.

Johansson says that it works that well for everyone. He noted that among the roughly 5,000 it has tracked between CES and GDC, only one person with exceptionally thick eye glasses had an issue, as reflections can create a challenge.

While it’s still too early to know how the SteelSeries Sentry is faring, Johansson is confident in the technology. He says that this platform has been in development for roughly two years, and that the company’s history since 2001, though the marketing and medical fields, has also been implemented.

While just about all games can use eye tracking in some fashion, Tobii would greatly benefit from more showpieces like Ubisoft’s Assassin’s Creed: Rogue. Johansson says that the company began distributing dev kits to developers around May of last year, and that he hopes more will implement features soon. Other games are on the way, he promises.