Since Dell went private, it doesn’t have pressure from Wall Street to show a profit at every instant. The computing giant can invest in its own long-term research projects, and it has been doing so for some time at research offices in Silicon Valley and at its headquarters in Round Rock, Texas.

Jai Menon, chief research officer at Dell, is in charge of directing Dell Research into high-priority areas. He has focused on building user analytics and interfaces that can divine more about a user’s mood and exactly what their intent is when performing computing tasks.

His teams are also delving into security that works better because it is context aware. It can, for instance, use face recognition to figure out if you’re in front of your computer and lock it down once you’ve left the vicinity. If someone else comes up to your computer while you’ve left, it will tell by the way that person types that it’s not you.

To get computers to do this kind of intelligent work, they have to get much better at sensing the environment around them — and even sensing biological information about you — and becoming aware of the context of your work.

Menon believes that computers will become more specialized and become predictive and prescriptive over time. They will sense things in real time and enable new types of mobility. We recently met with Menon at the sprawling Dell Research office in Santa Clara, California, where a lot of this work is being done. Here’s an edited transcript of our conversation. 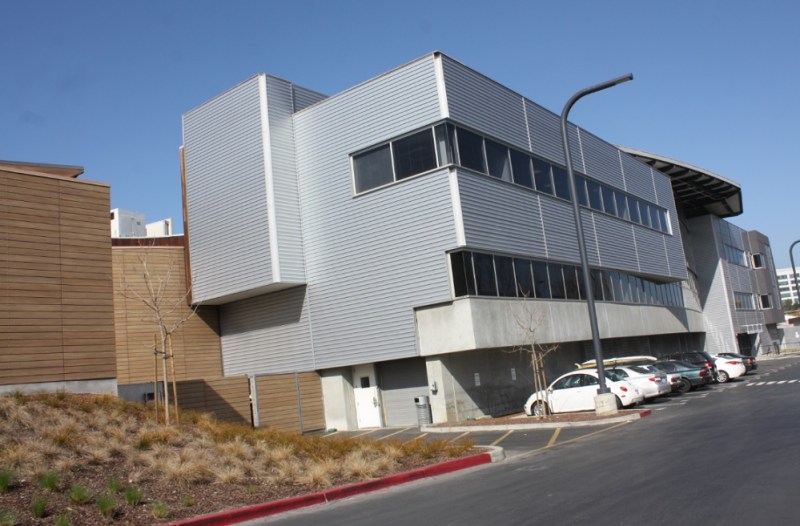 VentureBeat: Tell us about what your charter is at Dell Research.

Jai Menon: We have a charter to work on organic and long-range and disruptive kinds of research. We also produce what we call the Dell Technology Outlook. That’s our point of view on where the world is going over the next five years. What are some of the emerging trends? It’s a Dell point of view. We take input from a lot of sources inside and outside Dell, but at the end of the day it’s our Dell point of view on what’s happening.

We use that to drive our organic research. If we think X is going to happen, we want to be working on X in research. We also use that to influence Dell’s strategy. We want not just Dell Research, but Dell overall to be moving in the direction of what our DTO is talking about.

We work with universities as our third charter, drive university alliances around research, and then the fourth charter is to be the sponsor of innovation across all of Dell. Not just within Dell Research. There’s lots of innovation happening in other parts of Dell. We want to be encouraging and sponsoring that.

All these things are bucketed into four areas of work. My group has four sub-groups or four themes for all of our research. One is modern and next-generation infrastructure in the data center. Another is big data and data analytics and data insights. A third is around security. The fourth is around mobility and the Internet of Things. The next-generation user interface falls in that fourth bucket. All our thinking and projects and the DTO, all these things are focused around those four areas. We have key researchers in each.

One of the ways I measure the value and success of Dell Research is how we influence what Dell does. One area where we’ve had success since the time we last talked, about a year ago — I think we talked about the fact that we were looking at a specialized cloud focused for the telco space. That work made a lot of progress. Dell created a new business unit to go after that opportunity with the telcos. We announced the first set of products and offerings from Dell around that in October. That’s a proof point, to me, that the work we’re doing and what we talk about in the DTO — we’re able to influence Dell to create new product offerings. Meanwhile we’re continuing to drive that high-velocity cloud work forward from a research perspective.

VB: Can you tell us more about the kind of work that business unit is doing?

Menon: The telcos today use specialized hardware, custom hardware to run their networks. All the mobile traffic in San Jose goes through some evolved packet core gateway-type hardware devices. What we were able to show is that instead of having these special hardware devices, you can do as well or better from a performance point of view, and make it much cheaper, if you use standard servers from Dell and the function is implemented in software on the server.

You don’t need the custom hardware. You can still push through the same packets per second that the special-purpose boxes were pushing. You can handle all the communication in a million-person city like San Jose or San Francisco. They can all be talking to each other or video-chatting with just a quarter rack of Dell servers and networking here. You don’t need a quarter-million-dollar box that they’d otherwise have to pay for.

What we announced as products are these integrated offerings that have Dell servers with the appropriate levels of software to handle these kinds of workloads. The packet core handling mobile traffic, all the things the telcos need to do. We’re offering a solution in that space. They can just get that from us now instead of buying specialized hardware.

Menon: We’re going to be releasing, fairly soon, our overall Dell Technology Outlook, talking about the trends we see in each of those four areas I mentioned. I’ll focus on one of those four, given your particular interest. Our point of view is that user interfaces will evolve to not just know things about you from a physical location perspective — things like GPS and so on — but will get to know more about the user’s emotional state and other things like that. That will help us do a better job on behalf of the user.

Right now our system works at 30 frames per second, reading your mood through your facial expressions 30 times a second. That’s purely for demo purposes. The other thing it’s doing, do you see these dots here? One of them is your eyes and one is where your nose is pointing. We have eye tracking that’s going on here as well. 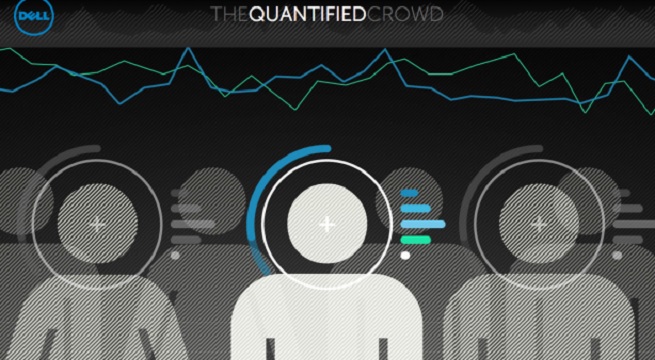 Above: Dell detected audience reactions at a TEDx event.

VB: So this works on audiences?

Menon: We have another version of this. This is a single-user version, but we also have a crowd version, which we used when Dell sponsored a TEDx conference in Amsterdam last November. We used it to get a sense of how the speakers were doing. We trained it on the front two rows of the audience and cataloged the reactions of about 20 people. It was good feedback for the speakers. With the facial recognition, we can also do demographics — male or female, young or old — and so we could give them feedback like, You’re doing well with women in the audience but not so well with the men. They liked it so much that they want us to do more of this for all the TED conferences.

The idea we see is, if you’re playing a game and I can tell that you’re bored, I can ratchet up the challenge level. Or in a work setting, if I can tell you’re concentrating very hard, I can change the settings on your phone to go straight to voicemail and not disturb you. If you’re a driver, or if you’re on a manufacturing floor, if I can tell that you’re not attentive right now, then it may be time to take you off the assembly line or have you stop driving.

We think there are many practical applications of sensing emotions, sensing attentiveness, and sensing demographics. If I can tell that you’re a child, I can protect you from going to certain places on the Internet. If I sense that you’re an older person, I can immediately increase the font size of what you see on the screen. This is why we’re doing this type of research.

We also have a version that’s based on voice. When you speak to it, based on the stress levels in your voice we can tell a few things. Our goal is to look at all the different ways in which we can read you and get as good a performance as we can from the different possibilities. We also have some of these new neural devices that read your brain waves. We’re doing some experiments with those to see how well it translates into being able to tell your mood. There are multiple ways to get information about you, and we see multiple ways to leverage that information. 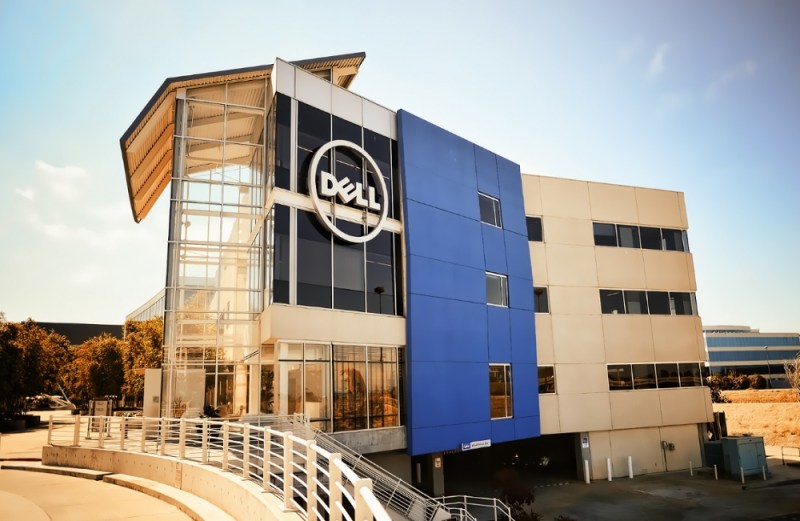 Above: Dell Research in Silicon Valley

VB: Do you get any help from things like wearable devices — monitoring heart rate and so on?

Menon: Exactly. We want to take all of that and integrate it. Part of our value will be to figure out which are the best and what’s the best way to integrate all these things to get knowledge about you and figure out the way to use that knowledge to support you. That’s the general thrust of this area of work.