I haven’t played a Mario Party title since the GameCube era. I mean, the series is fun and all, but how many different times does Nintendo need to release a new version of a digital board game?

Well, considering that I just reviewed Mario Party 10, I guess a lot. This newest iteration comes out on March 20 for the Wii U. It adds support for Nintendo’s Amiibo toy line and asynchronous gameplay between those using the Wii U GamePad and others using regular Wii remotes.

But even with all that, I wish I was just playing the Nintendo 64 original. 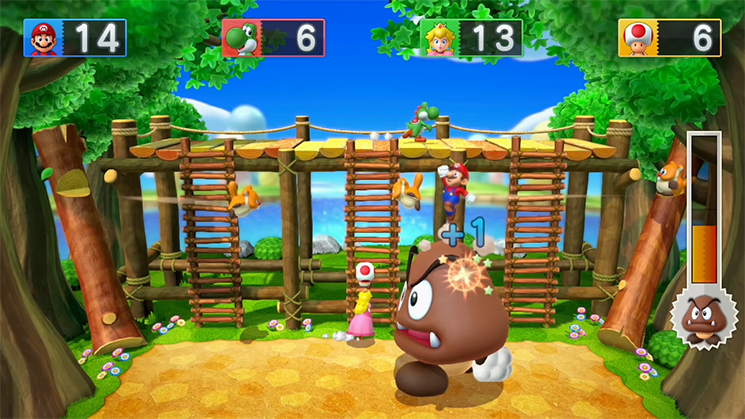 Above: It’s not a Mario game if you don’t jump on a goomba.

The basic idea of Mario Party is still entertaining, as long as you have a few friends to play with. Mario Party 10 splits the action into a more traditional board game with dice rolls and plenty of random elements with a collection of competitive minigames. The framework is simple, and it certainly isn’t a fair test of skill. But, rambunctious friends are sure to enjoy themselves as they scream over stars (whoever has the most wins) and unlucky rolls.

It’s kind of alarming how few Nintendo games do anything with the Wii U GamePad, so it’s nice to see Mario Party 10 innovate with the touchscreen controller. One of the title’s main three modes is Bowser Party, where a player with the GamePad takes control of Bowser, who has to hunt down the other players that are using Wii remotes and playing a more traditional Mario Party experience.

Basically, when Bowser catches up with the other players, he gets a chance to deplete their health in minigames. However, it was some of the other stuff during the board game part of play that I found most amusing. For instance, sometimes the regular players would come to a clouded fork in the road. The Bowser player can see on the GamePad which path has the best rewards, and he can also draw graffiti on the board. So, for instance, he could draw a smiley face and an arrow pointing to the dangerous path, leaving it to the other players to decide if Bowser is lying or not. It’s kind of superficial, but it’s fun. 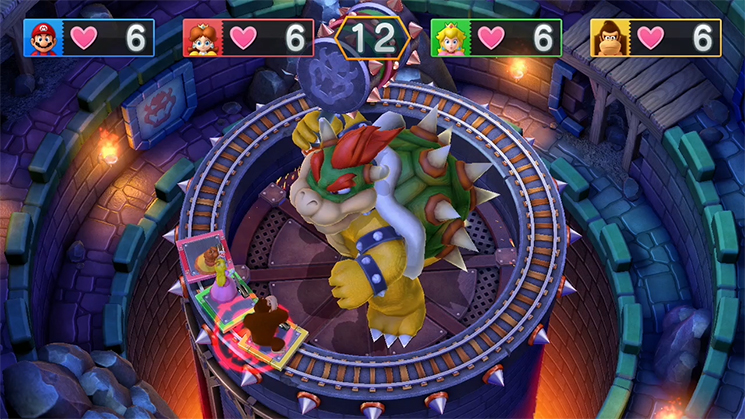 When did Mario Party get so weird?

So, apparently at some point between the last decade I played this series and today, Nintendo made some big changes. In the regular and Bowser modes, players actually move along the game board together. You just take turns rolling the dice, and the spot the group lands on during your turn only impacts you. You also don’t trigger a minigame after each player takes a turn. Instead, you have to land on specific spots to trigger them, which makes them seem way less frequent.

These changes are weird. Honestly, they’re not as awful as they sound, but they’re certainly not good. Why not let everyone move across the board on their own? That’s pretty much the point of a board game. I’m not sure what the advantage of making everyone move together is.

I kept coming across these weird little changes as I played. You no longer collect coins that you use to buy stars from special spots on the board. Instead, you collect small star bits that somehow become worth a full star by the end of the game. I can understand the desire to try to keep a series that’s on its 10th installment fresh, but these changes aren’t for the better. 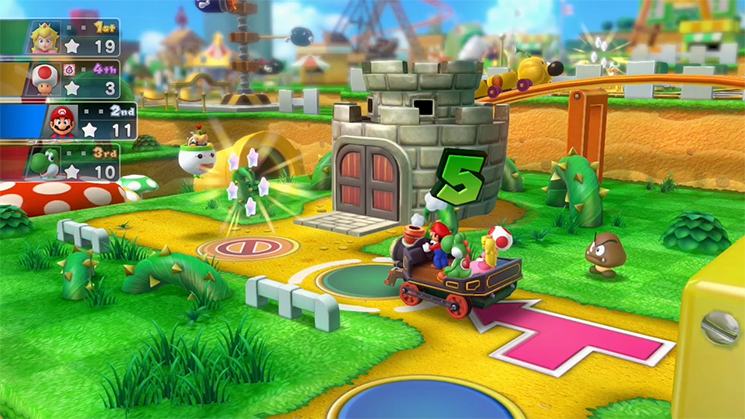 Above: You all move along the board together — for whatever reason.

You use the Wii remote when playing Mario Party, so you’d expect the minigames to use a lot of motion controls. However, most of them just have you turning the remote sideways and using it like a traditional game controller. If you do use motion controls, you usually just flick the remote down to do things like fishing or spiking a volleyball. These minigames don’t even seem as interesting as the originals I remember from the first Mario Party, where at least we had an analog stick to work with.

The Amiibo Party mode requires the use of Amiibos for no other reason than to get you to buy them. This mode actually plays like the classic Mario Party, with players moving independently across a game board as they collect coins that they can then use to buy stars. Sadly, the mode has plenty of problems that keep it from being as much fun as the original Mario Party. 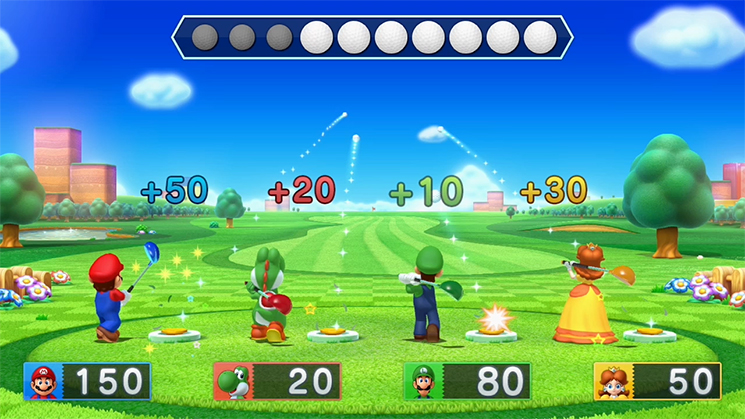 Above: In this minigame, you swing by flicking the remote down.

For starters, each player has to have an Amiibo to play, and it has to be one supported by the game. And you don’t just tap your Amiibo onto the GamePad and toss it aside. You have to press it down on the controller’s near-field communicator every time you roll. I have no idea why this is the process. Does the Wii U forget which Amiibo is mine? Is it making sure I didn’t sell my Amiibo between turns? Can’t I just push a button instead of passing around the GamePad and tapping my toys on it over and over again?

Also, the board for this mode is incredibly simple. It’s a single, small square that doesn’t have any flair. Depending on the character you use, certain spots will trigger special events, but otherwise, you’re stuck with the boring, straight path. The creative boards were what made the original Mario Party fun.

The whole thing doesn’t even really do anything interesting with the Amiibo’s memory other than equip it with tokens that can do small things during the game like throw down some coins on the board or change a quarter of the board to another character’s theme. The mode doesn’t feel like it takes advantage of the whole Amiibo concept. 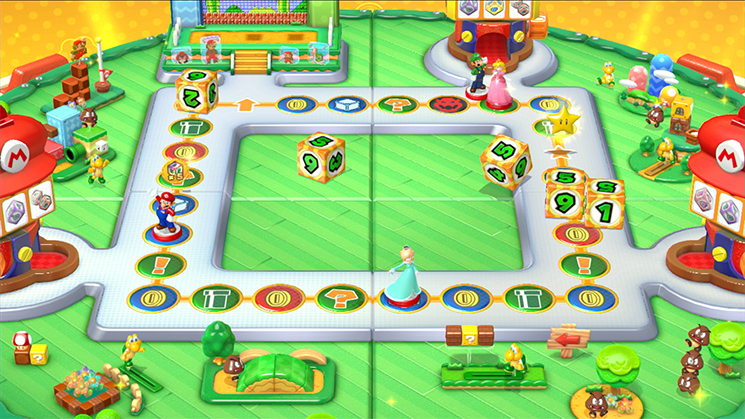 Above: Wow, what an imaginative board layout.

Nintendo has forced itself to find ways to change this series over its many sequels, but it’s actually at a worse place than it started off. The Bowser Party mode at least does some interesting things with the Wii U GamePad, but it still isn’t as fun as a regular 20-turn game on the original Mario Party.

Mario Party 10 is out on March 20 for the Wii U. Nintendo provided GamesBeat with a digital code of the game for the purposes of this review.