It’s fitting that the second installment in Gearbox Software’s and Telltale Games’ Tales from the Borderlands franchise is called Atlas Mugged, because it stole something from me — my precious time. And I want it back.

I expected Tales from the Borderlands to follow the typical Telltale flow: a dynamite first offering, a few slower episodes that get the plot moving, and a thrilling finale. I anticipated a slight drop off from the stellar first episode, but Atlas Mugged fell off a cliff.

Playing through the PC version of the 90 minute-long sophomore release wasn’t complete torture. Rhys, the player-controlled corporate slug-turned-action hero, and his meek buddy, Vaughn, have a pretty funny back and forth. Fiona, the playable master thief, manages to get into enough trouble to necessitate a few precise button mashes.

But I can say with complete confidence that players wouldn’t miss much if they decided to skip this episode entirely. I’m sure the refresher Telltale will splice into the beginning of episode three will feature the two minutes of important information contained in Atlas Mugged.

The bad guys are the stars 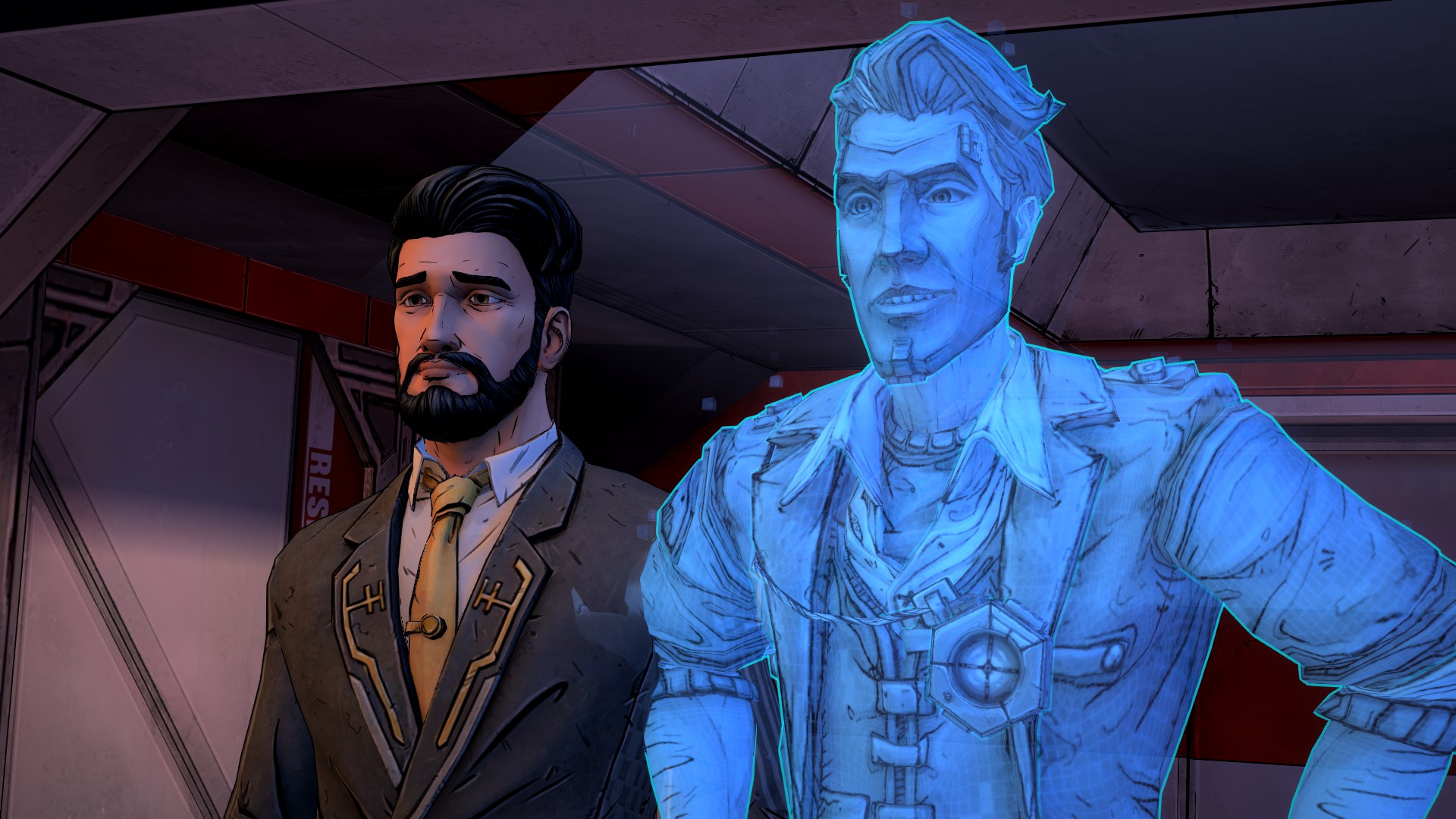 Above: Vasquez and Handsome Jack provide most of the comedy in Atlas Mugged.

But one thing I like about Atlas Mugged is its focus on Vasquez and Handsome Jack. Vasquez, the current leader of the murderous Hyperion corporation, decided to get his hands dirty and come after his slippery nemesis Rhys himself. Hyperion’s former boss, Handsome Jack, exists only as a self-aware hologram hidden in Rhys’ bionic body parts.

Both villains produce the episode’s only laughs. Patrick Warburton is particularly funny as Vasquez, especially if you really hone in on his angry mutterings while you are controlling Rhys. Dameon Clarke returns as Handsome Jack, but the character seems a little off. The voice doesn’t sound right. It could be intentional, but fans of the hilarious villain will notice the odd difference.

Pay attention to scenes with Vasquez and/or Handsome Jack. They are the most entertaining and informative characters in Atlas Mugged.

The women kick a little ass for a change

Fairly early on in Atlas Mugged, Rhys and Vaughn are separated from Fiona and her sister, Sasha. The episode plays out much like Zero Sum (the first installment) did. Players navigate a series of events as Rhys, then double back and repeat them from Fiona’s perspective.

I was pleasantly surprised to find a reversal in traditional gaming roles.The two male characters embarked on a comedic bromance filled with betrayal and hurt feelings, while the two female characters kicked some ass.

Virtually all of the action comes from the hands, feet, and trigger fingers of Sasha and Fiona. They beat up mercenaries, evade psychos, and escape an even tougher lady bent on capturing them. All of this is done without any stereotypical fluff. The women don’t glide through combat like elegant swans; they deliver closed-fist punches and forcing their way to survival. 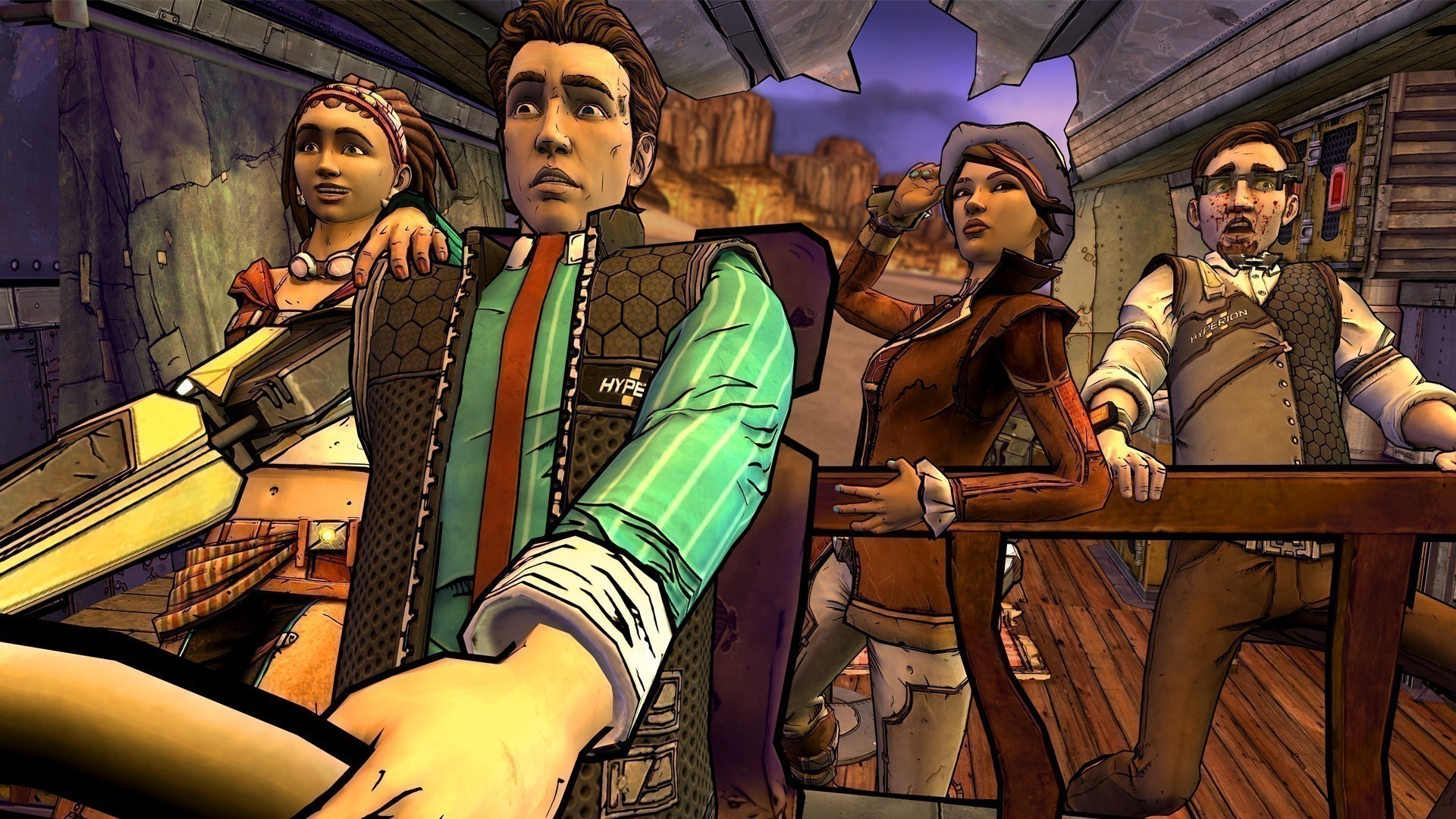 At its core, Atlas Mugged is about four unlikely compatriots moving from one badass place to another badass place. It begins with the heroes fleeing the demolition derby that served as the finale location for Zero Sum and ends with them finding a new deathtrap. With few exceptions, nothing happens in between.

My journey yielded a few interesting character developments in the two sets of friends, but I don’t feel like I learned anything important to the story. Each character’s motives are still a little hazy. The two you can control have toughened up after the previous round of near-death experiences, but I don’t feel like their newly grown spines add anything to the game.

Atlas Mugged will be a great piece of evidence for those Telltale fans who favor waiting to play a series until every episode is released. If I could just blow by it and onto the third episode in one sitting, I wouldn’t feel so cheated. But since I must judge the single episode on its own merits, it’s clear to see that the latest installment’s story just doesn’t live up to the lofty standards set by previous Telltale titles.

Quick-time actions are simple and pointless

This is going to sound weird, but I am really pissed that I didn’t die at all during Atlas Mugged.

It’s not because I didn’t mess up any of the hallmark Telltale quick-time actions — I did. I just wasn’t punished for missing them. I had a few times where I didn’t dodge an attack or failed to catch a falling item, but it resulted in my character simply shrugging and moving on.

I want to die when I am playing a Telltale game. Most of my deaths are because I am so caught up in the story that I forget I am playing a game. I am leaning back in my chair and have to fumble for the controller when an ax comes flying at my head.

Maybe I’m just getting better at them. Lord knows playing both the Game of Thrones and Tales from the Borderlands episodes as they release have sharpened my senses.

However, I can’t help but think that this installment’s quick-time actions were lacking the edge found in previous Telltale titles. 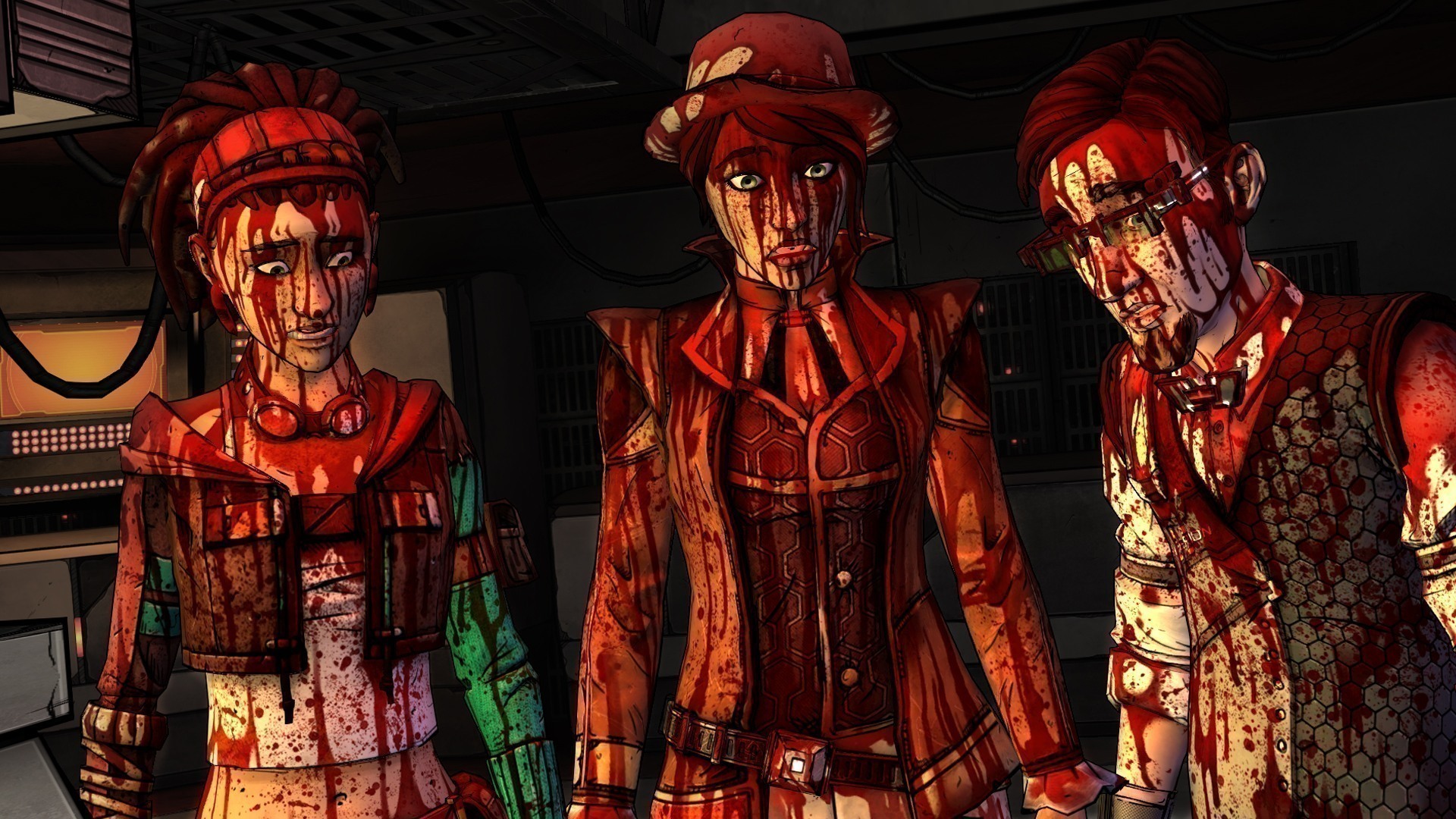 Above: Atlas Mugged is a mess.

Tales from the Borderlands Episode 2: Atlas Mugged is a rare misstep from two talented, experienced developers in Telltale Games and Gearbox Software.

The trademark Borderlands humor and Telltale story prowess are missing from Atlas Mugged, which forces players to spend the whole game preparing to do something instead of just doing it.

You’ll find a few chuckles and the gender role reversals are a fresh sight, but these strengths aren’t enough to redeem the filler-packed episode.

Atlas Mugged could surely serve as a bridge to bigger and better things for this franchise. But on its own, the series’ latest release simply does not cut it.

Tales from the Borderlands Episode 1: Atlas Mugged is out now for the PC and Mac. The PS4, PS3, Xbox One, Xbox 360, iOS, and Android versions are expected to release sometime this week. Telltale Games provided GamesBeat with a PC digital download copy of Atlas Mugged for the purposes of this review.