Utomik is joining the competition to come up with the first really popular streaming game service. The Silicon Valley startup said that it can get gamers to play their titles 100 times faster compared to other downloadable solutions, and it will enable a “Netflix for games” service that costs $10 a month. The service is in closed beta testing now, and it will soon expand the numbers.

If its battle plan sounds familiar, it’s because the idea of doing “Netflix for games” dates back to the early promises of OnLive, where you would be able to get a whole bunch of high-end games streamed via the cloud to any device for a monthly fee, just as Netflix does with movies. Sony offers the same kind of deal with its PlayStation Now cloud gaming service, and Nvidia is about to enter the fray with its Grid-based Shield set-top box and game console hybrid.

But Utomik is hosting games in the cloud. It is streaming small chunks of the games to your PC — enough to let you start playing the game. Instead of waiting for a long download, the games will be instantly playable when you click on them, according to Utomik. Meanwhile, the rest of the game will download while you play.

Previous services like this were dubbed “progressive downloads.” But Utomik said it can do it better and it can predict what files you’ll need, resulting in smaller downloads required before starting.

Utomik wants to make playing games as easy as listening to music services like Spotify. Utomik said it has both classic titles and new ones. Altogether, more than 80 games are in the pipeline. Many of these classic titles are aimed at those ages 25 to 40. The newer games are aimed at younger folks who want instant gratification. Utomik also thinks that families that play games will like the price and the ability to control the age ratings for their kids.

Chris van der Linden, product director, said in an email that the cost of the operation is 1,000 times cheaper than cloud-streaming solutions, and that’s why the company can offer subscriptions at $10 a month.

“A big part of why we believe Utomik will be a success is our different market approach,” he said. “Instead of bringing games to the living room or letting users play games on an old PC, Utomik is targeting gamers that like to play games, but maybe have little time. People who value ease of use and accessibility.”

He added, “We simply do not believe in the video streaming business model to date. No one has made a real success out of it. Gamers made it clear too — they don’t want a low quality video render of their game from a remote server for higher costs. Our vision and service is based on the real needs of gamers: good quality, unlimited, frictionless gaming for $9.99/month.”

Utomik was founded in September 2014 by Doki Topps and others pictured below. Its advisors include Paul Eibeler, former CEO of Take-Two Interactive. It has 15 staff employees. The tech team is in Eindhoven, The Netherlands, and the headquarters is in Palo Alto, Calif. Previously, the team worked on Kalydo, a technology that was licensed to game companies such as Cartoon Network, Gameforge, Gravity, and Shanda Games. Those companies had more than 200 million downloads with the Kalydo technology, but the team decided to pivot from a middleware provider to a consumer technology company.

Rivals include OnLive, GameTap, Steam, Gamefly, and Nvidia. Utomik is funded by a private investors from Switzerland and The Netherlands. It has raised $3.5 milllion. 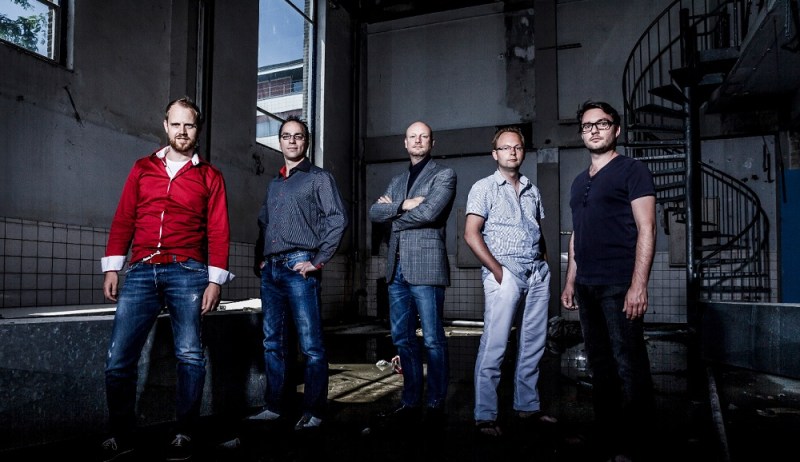