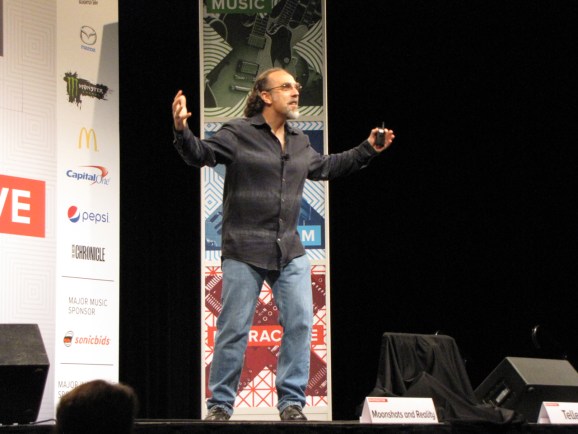 AUSTIN, Texas — If you want to succeed, try a little failure first.

That was the message from Astro Teller, the head of Google’s “moonshot factory,” Google X.

Talking at South by Southwest (SXSW) today, Teller told the origin story of Google X. Having a conversation with Google CEO Larry Page, Teller recalled, neither could adequately describe what Google X was supposed to be.

Given that President John F. Kennedy’s 1961 commitment to land a man on the moon within a decade was the original “moonshot,” it “made me really delighted, when I threw out, ‘Are we taking moonshots?’ And Larry said: ‘Yes, that’s what we do.'”

For Google X, the goal would be to make things that were ten times better than what already existed, Teller said, not incremental advances.

And based on a long history of seeing how failure leads to success, and discovering early in the process of taking risks what kinds of things work, and what doesn’t, Teller urged the audience at his keynote address here to embrace risk.

Google X, meanwhile, is truly a “factory,” Teller said, “because we want to be honest: Do risk-level of research, and then pursue [technology] with the maniacal focus of [a] startup.”

And that means being okay with facing possible mistakes, and failures. “That’s the blueprint we came to,” Teller said, when deciding “whether we’re going to take a particular moonshot….The blueprint is embracing failure. Running at all the hard parts of the problem first. If want to make a ton of progress, you have to make a ton of mistakes.”