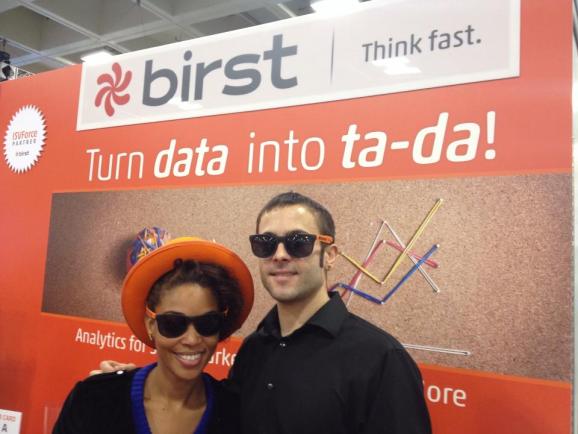 Birst, a company selling business-intelligence software that competes with companies like MicroStrategy and Tableau, announced today that it’s picked up $65 million in a new funding round.

As major software companies like Salesforce join the market and as several startups take on larger and larger sums of venture capital funding, Birst must keep hustling with product enhancements and additions to its sales and marketing divisions. So today’s news comes as no surprise.

When Jay Larson was appointed chief executive of the company last year, he told VentureBeat he planned to grow the company considerably.

So how’s that going?

“The growth is going great,” Larson told VentureBeat yesterday. “The business is performing incredibly well. We continue to grow at 80 to 100 percent a year. We’ve done that for the last several years, as you know. That’s the plan going forward. We think we can do at least that, if not better.”

Birst started in 2005 and is based in San Francisco, with nearly 280 employees. In addition to providing a cloud service, Birst also provides a version of the software to run in companies’ on-premises data centers.

Wellington Management Co. led the new round in Birst. All previous investors, including Sequoia Capital and Hummer Winblad Venture Partners, also participated. To date Birst has raised $156 million, including a $38 million round announced in August 2013.