Nvidia is formally shipping its Titan X graphics processing unit (GPU) for high-end supercomputing. But it might be best used for running games like 2K’s Evolve at 74 frames a second in 4K resolution.

Jen-Hsun Huang, the chief executive at the world’s largest stand-alone graphics chip maker, talked about the Titan X’s capabilities today at the GPU Technology Conference in San Jose, Calif. The chip is based on the Maxwell architecture that Nvidia launched last year. It has more than 8 billion transistors, compared to the previous year’s Nvidia Titan GPU. The chip is about twice as powerful at running games as the previous version, and it is two times more power efficient.

The chip has a 12GB frame buffer, which gives it enough memory to deliver better photorealism and virtual reality. Nvidia previously showed the Titan X at the Game Developers Conference in San Francisco a couple of weeks ago, focusing on its capability to run the newest Unreal Engine 4 game engine tech demos and new virtual reality demos from Oculus VR.

The Titan X has 3,072 CUDA processing cores, compared to 2,048 in the previous generation Titan chip. The Titan X can execute 7 teraflops at its peak, and as many as four of them can be tied together with Nvidia’s SLI technology, said Justin Walker, senior product manager at Nvidia. 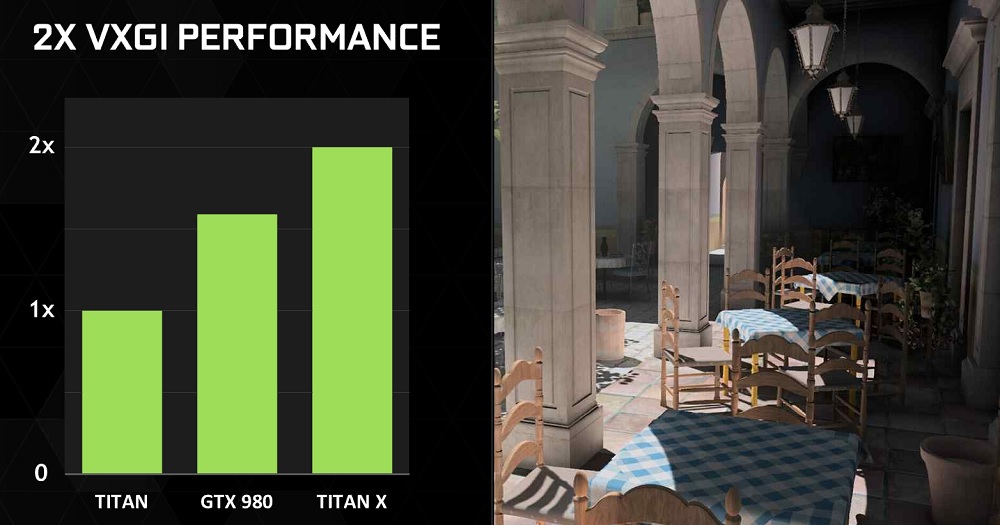 Titan X was powerful enough to show off WETA and Epic’s virtual reality demo of Smaug the Dragon from Peter Jackson’s The Hobbit films. Walker said that Titan X has a featured dubbed “asynchronous time warp,” which reduces the latency from rotating your head while you have a virtual reality headset on. The asynchronous time warp helps the graphics keep up with your head movement more easily, Walker said. Titan X can handle tasks such as global illumination, or using realistic light sources in games.

Walker said that the Titan X has about 10 percent headroom for overclocking, or running the applications faster than they previously said. The base clock operates at 1 GHz, but at least one overclocker has already run it at 1.4 GHz. Walker said that even at 4K resolutions, the Titan X can run games like Evolve at 74 framers per second, while Dying Light runs at 41.

Systems with the ship are available now for order at a variety of partners. 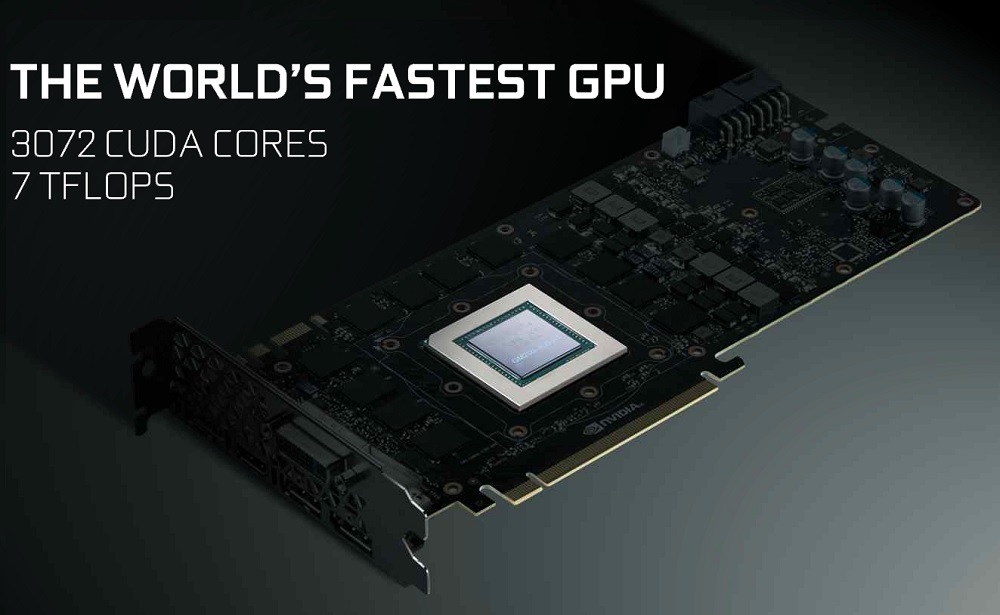 Above: Nvidia’s Titan X has moret than 3,000 Cuda processors.