Rovio Entertainment, the publisher of the Angry Birds mobile games, reported today that its revenues shrank 9 percent to €158.3 million, or $170.6 million, in 2014.

Earnings before interest, depreciation, and amortization — a key measure of profitability before taxes — was €17.0 million, or $18 million, down from €36.5 million a year ago. It was a tough year for Rovio as it struggled to come up with big hits even as players began to lose interest in its core Angry Birds franchise.

Rovio launched six new games during the year and added more content to its existing games. During the year, Rovio saw more than 600 million new game downloads, and both game revenues and game-related ad revenues were strong. Media revenue was driven by ad revenue.

“2014 results show that steps in the game portfolio, free-to-play competency building, and advertising are going in the right direction. I am confident that with new simplified organization and clearer vision, we will be back to the path of growth in 2015,” said Pekka Rantala, who took over as chief executive last fall, in a statement.

He added, “I feel very good about our 2015 games road map. Since the beginning of the year, we have launched two games, Jolly Jam and Angry Birds Stella POP!, and we have soft launched two more. All of these are getting very good reviews. Our Asia expansion is also proceeding well. Angry Birds Fight will be our first game developed specifically for the world´s biggest game market, Japan. Furthermore, we have strong partnerships in China with Kunlun and Alibaba, and we are working with other partners in the region, including Korea.”

But on consumer products, such as Angry Birds branded merchandise, Rantala said it was “not a satisfactory year.”

He said, “However, the upcoming Angry Birds feature film is getting very positive reactions from major retail and license partners as well as from consumer focus groups. This will have a positive impact on licensing in the coming years. In the next few months, we expect major announcements of partnerships in the licensing space.”

Rovio is producing its own big-budget Angry Birds animated film for theaters. The cast includes Jason Sudeikis (We’re the Millers), Josh Gad (Frozen) and Peter Dinklage (Game of Thrones). The Angry Birds feature film is set for global release in May 2016 and will be distributed globally by Columbia Pictures of Sony Entertainment. Privately held Finnish companies report their revenues about once a year. 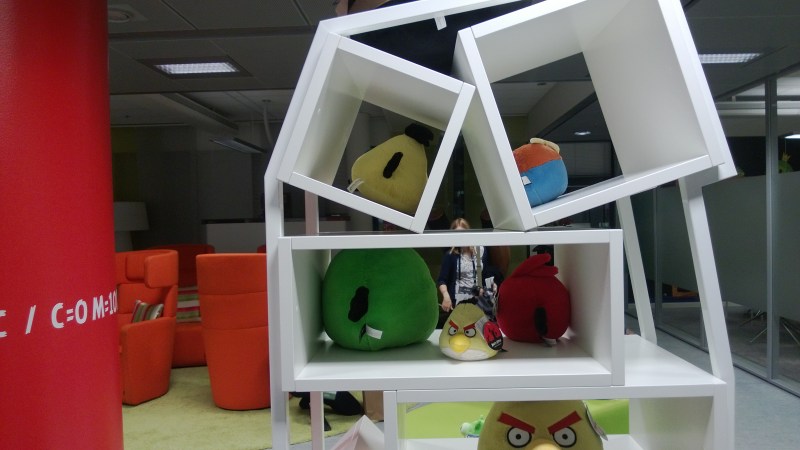