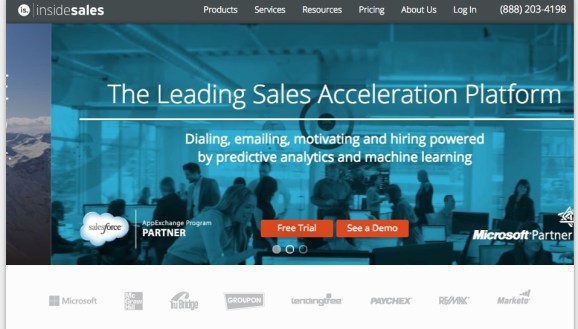 That’s the term that InsideSales uses to describe its technology that helps companies use big data, machine learning, and artificial intelligence to identify sales patterns so their sales staff can make better predictions about customers’ wants and needs.

And apparently it’s intriguing enough that it has landed the company, based in Provo, Utah, a $60 million round of funding led by Salesforce Ventures. The investment is believed to be one of the largest ever for the fund that makes strategic investments in startups for Salesforce.com.

“The power of data science is becoming a mission-critical part of every business,” said Dave Elkington, chief executive officer and founder of InsideSales.com, in a press release. “Neuralytics, our predictive analytics platform, is at the heart of this movement, providing measurable and immediate revenue impact for our customers. These deepened partnerships will accelerate our technology innovation and deliver significant benefits to our customers.”

InsideSales had already raised at least $139 million in venture capital over three previous rounds. The last round brought in $100 million in April 2014 and put the company’s valuation close to $1 billion. It’s unclear how the latest round values the company, or whether it tipped it into unicorn territory.

In addition to rapid growth, Salesforce may also have been attracted by the corporate values philosophy practiced by InsideSales. Like Salesforce, InsideSales has a foundation that donates 1 percent of employee time and 1 percent of company revenue to local causes.